29 Most Miserable Countries In The World

Yet again, Venezuela is the most miserable country in the world, according to latest report published by the Cato Institute.

The Misery Index by Cato Institute ranks 108 countries based on the data extracted from Economist Intelligence Unit and calculations by Steve Hanke, professor Applied Economics at Johns Hopkins University.

Professor Steve Hanke factors in the country’s lending rates, inflation rates, and unemployment figures together and then he subtracts year-on-year per capita GDP growth to determine the level of “misery.”

Over the period of last year, the misery score of Venezuela jumped by around 27 points to 106.03, which puts it almost 40 points higher than the second most miserable country. Ukraine and Syria climbed up to the top of the rankings with Ukraine jumping 19 places of a period of one year.

The major factors plaguing the majority of the countries listed are interest rates and unemployment rates. 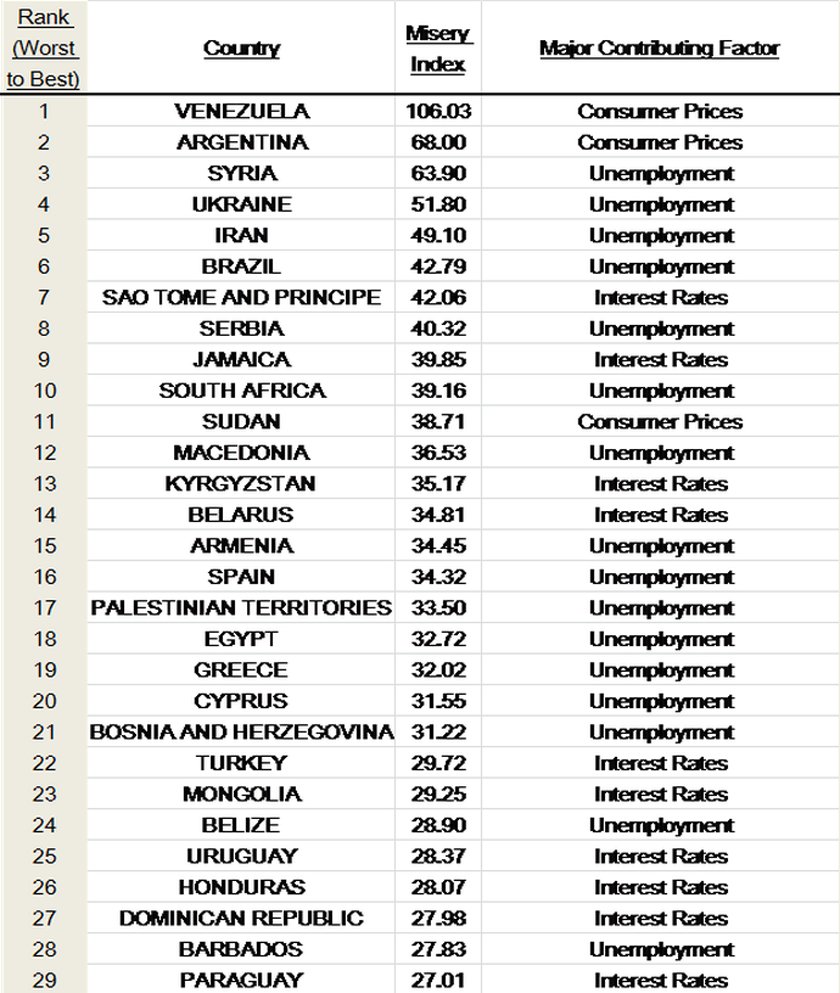