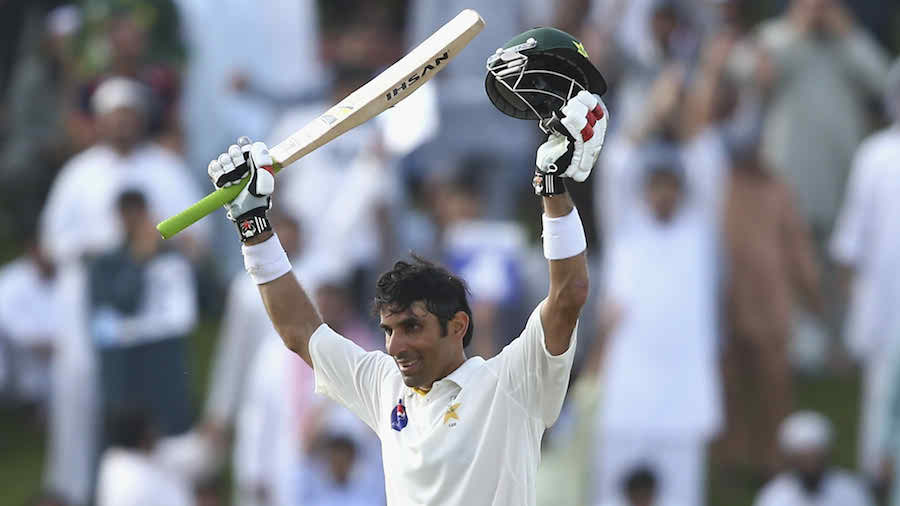 Misbah-ul-Haq, was the Hamlet of Pakistani cricket. To hit or not to hit was the question that he faced on every ball that he played and normally decided not to hit. A notorious personality, in the world of cricket , known for batting as slowly as possible , in every form form of cricket, leave alone test cricket. The people of Pakistan, especially Karachi waited for Nilofer! The name given to the incoming storm, but the storm subsided and moved away from the shores of Karachi taking a different route but Misbah took over the role of Nilofar. All of a sudden, there was a blast, knocking down many records on the way, the fastest fifty and the fastest century in test cricket, and plunged every ball that came his way into different corners of the playing field. He within no time had hit 4 sixes and four fours in 74 minutes. The outcome was the fastest century in test cricket. A 54 ball century that brought Misbah-ul-Haq to equal, the great Sir  Viv Richards record that he scored against England in 1984!  In the process he also made the fastest fifty in test cricket which required Misbah-ul-Haq only 24 balls. 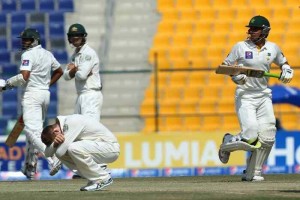 It came when Misbah-ul-Haq captained his test team for the 31st time at the ripe age of 40 years. It was like phoenix rising from the ashes and then dominating the scene. Those who were lucky to witness this carnage will carry the images of those blistering hits all their lives. The poor Australian team, who suffered at the hands of Misbah-ul-Haq will feel the scars of this match and may haunt them in the shape of nightmares. Moreover, all the articulate and vocal critics of Misbah-ul-Haq’s slow batting were head down and started to find ways to save face loss when they appeared on TV programmes. It was almost the tortoise running like the rabbit. It is interesting to note and observe how can such a metamorphosis take place ? An approach that belied the meditated and concentrated method of batting of a person known the world over as master of slow and defensive batting. It will not be a wonder for me if Misbah-ul-Haq carries both the records of the slowest and the fastest century maker in test cricket. This evidently shows the adjustment and compromising qualities of a cricketer where the team and country is much much bigger than the ego which he carries within. Misbah-ul-Haq had suffered at the biased media because when he batted slowly he was honored with the title of tuk tuk, whereas, when Rahul Dravid adopted the same stance he was called Mr. Wall. 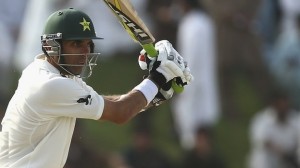 Mishab, since he took over as the captain of the Pakistan cricket team in 2010, almost always found himself in a position where he was forced to save the sinking ship of the team. Our openers gave in and were back in the pavilion before the score reached twenty or thirty. A similar sight was Pakistan ten for two or twenty for three. Misbah-ul-Haq, walked in those crucial moment, with the burden of captaincy and batting on his mind the only possible way was to defend. He , through those long years had inculcated a sense of responsibility to save the match and embrassment of his team and country. A job done again and again for a long duration changes your mindset. Your approach, becomes your habit and then that is the only way way you bat. You have simply unlearned all other ways of playing. The formative years as captain taught Misbah-ul-Haq to be patient, calculated, not to take risks. Unlike, shahid afraid Who would want to hit a six on every ball , irrespective of the match situation, irrespective of the fact that the shot may further deteriorate the position of the team. Misbah-ul-Haq was never aggressive, but what does that mean? It means all the aggression was there but as a responsible and astute leader he knew how to bottle up his aggressive temperament. His head ruled his heart never allowing spontaneous emotions to overtake his reasoning and rationale. 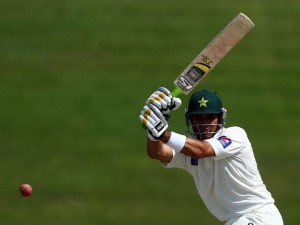 Aristotle gave us the theory of catharsis’ that means purgation of emotions. Our emotions will always find a way to come out. In case they do not find a natural outlet, they may even come out in an unnatural manner but they cannot be suppressed within. Wise people, calculated people, keep their emotions alive but wait for the proper time to let them out. This is exactly what happened with Misbah-ul-Haq, all the suppressed emotions of the past few years. These years when the press, fans, supporters of all ages gave him the title of ‘Tuk Tuk’ ! An Urdu expression which conveys the fact that the. batsman is playing only to stop the ball rather than to hit the ball. Critics, colleagues mocked him for his batting style; still Misbah-ul-Haq was unmoved. The honour and respect of his responsibility and team was more important to him than what people said about him.

In the post conference on day four, Misbah-ul-Haq confessed that that he had never gone to bat before in his career with simply no pressure. There no pressure to save the match , because others had already done that for him. So Misbah-ul-Haq, decided today is my day let me express all my unspent emotions, let all my bottled up aggression come out. Let me tell the world that I can bat like other others, I can also hit every ball. He showed his aggression right from ball one that was sent to the boundary. Stress and adversity makes some people perform wonders which normal situations may never allow them to do. 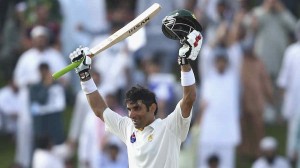 It is now up to the selection board to ponder, meditate and think about the cultivated psyche of a player that can bring the best out of him under the given situation. A team vying for number one position is put to sword by a team that changes its chairman more often than Italy changes their prime ministers. We must peep into the psyche of our players and use their talent to the best effect.