Abandoning Misbah-ul-Haq Is Abandoning Any Chances Of Winning World Cup 2015! 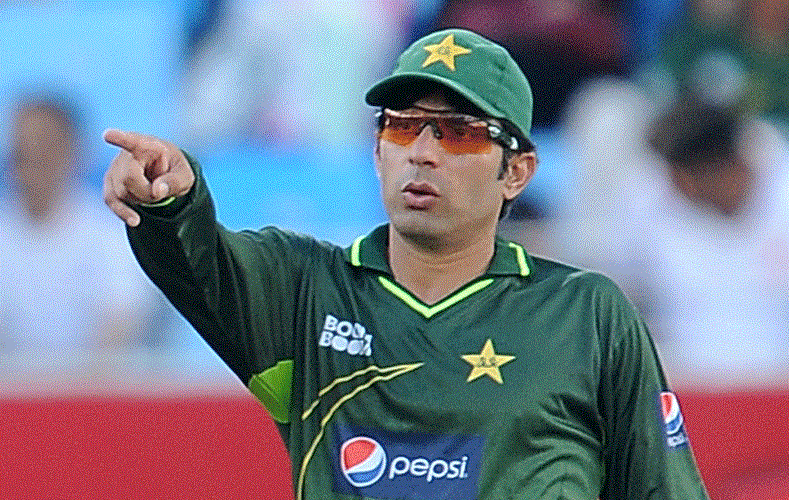 Misbah-ul-Haq is a calm captain who thinks more and shows less. Taking responsibility of captaining the side during tough times, Misbah took the team out of dark times and has fulfilled the responsibility with tenacity. People like managers, physios, and sportsmen who stay near to players like Misbah can tell about the immense pressure they go through. The mediaâ€™s tight scrutiny, cricket boardsâ€™ pressure, expectations of fans, and the pervasive pressure on playersâ€™ shoulder to not only play but win, and bear the never-ending criticism without saying a word, one can imagine the seemingly lustrous life of a player. It adds to the mental and physical pressure one becomes captain of the controversy-ridden and mentally weakened team. 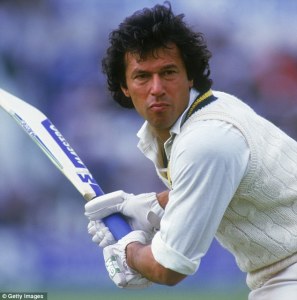 Misbah is the man who faced all these things fearlessly keeping him and the team players calm. You may not be a fan of Misbah’s Captaining techniques but you cannot avoid the effort Misbah put successfully steer the sinking Pakistani team during the most crucial times. His greatness can be imagined of when he said, â€œTeam and Pakistan comes firstâ€, before he stepped down as captain for the last one day match against Australia owing to his lack of batting form. This is something which we havenâ€™t heard much from previous Pakistani Skippers. Nobody stepped down from captaincy voluntarily in the middle of the series. Misbah needs good laud for this.

Looking at the great captains Pakistan has ever witnessed, the name of AH Kardar tops all of them. He was the one who brought competing for the spirit in the team to take Pakistan as a prominent international cricket team. Unfortunately, we have forgotten his contribution to Pakistan Cricket. Then, the next big name is the skipper was of the Imran khan. He took the team with competing for the spirit and potential and transformed into one of the best playing â€“eleven sides in cricket. We havenâ€™t forgotten Imranâ€™s role in earning Pakistan great successes in England and India. He faced the mighty West Indies at home and was first to infuse courage within the team to defeat the West Indies at home. His biggest achievement, of course, was the World Cup of 1992. The biggest strength of Imran Khan was his daring nature and ability to take risks, and this also was his biggest contribution to the Pakistan Cricket team and to rising talent. 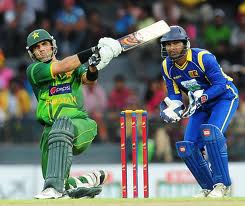 Next in line was Wasim Akram, the reflection of Imran Khan and personally coached by him, Wasim could not reach the peak of great Imran khan but, nevertheless, took the team to peaks. Matching Imran was a difficult task but Wasim possessed aggression of Imran Khan and that was visible in his captaincy. The most of successes in 90â€™s owing to the performance of Wasim both as a player and the captain. During the early 2000â€™s after Wasimâ€™s captaincy period ended, it seemed difficult for anyone to bear the burden of captainâ€™s cap. Inzamam, another adherent of Imran Khan, was given the opportunity to head the unit which had lost the charm it enjoyed during 90â€™s. Inzamamâ€™s soft captaincy style having equal emphasis on ethics and religion as on the cricket made the fierce lions tame. The change in philosophy, though approved by Bob Woolmer, didnâ€™t do much too high spirited Pakistani lions. Inzamam was too interested in the jobs off the field thus, it changed the orientation of the players, therefore, we witnessed the humiliating defeat in world cup 2007.

Then, a number of captains came and went. However, we missed the talent of Younus Khan during the dark times of Pakistan Cricket, he somehow got lost into that darkness. As a result, the team remained in shambles for quite a few years until Misbah took over the dis-oriented and dislodged Pakistani team after the match-fixing scandal of 2010. The credibility of team was nil, and anybody who took over the captaincy was prone to noxious criticism without having done anything. Misbah took over the command. Now, we can measure Misbahâ€™s success by only one fact that despite the international cricket abandoned in the country, the team experiencing its lowest of morale, and cricket board providing negligible support, Misbah ensured that Pakistani Team was taken seriously by mighty Australians and Indians. He brought unity within the team. He led by an example by performing in the matches and being there till the end. Through his captaincy and performance, he won many of his critics through the period of time. He kept his adversaries silent not by playing politics in the team but, by performing on the field consistently. This is the reason why he remained as captain for 3 long years, though he was not expected to have handled pressure since the beginning.

The epitome of Pakistani teamâ€™s fighting spirit is about to end again. Pakistan Cricket is again n the verge of collapse. And, this time around it will be hard to revive. Pakistan’s cricket board remains the victim of dirty politics, and its impact is felt in the team as well. The vision of captains such as Imran khan is not embodied by the current players. The selfish motives overshadow the charm of cricket. There stands no doubt that it was formidable leadership of Misbah that made the bunch of eleven players as a solid team. Misbah kept the fire burning within the players though keeping calm was the power of Misbah. Now, unfortunately, he has been forced to step down. As myopic people we are, we tend to forget the on-field and off-field victories of Misbah. His successes cannot be measured hypothetically or even by counting the number of series won or lost. We cannot disregard the harshest circumstances during which Misbah led the team. Misbah is the one that has kept the Imranâ€™s aggression alive in them; the only difference being he is cool as a cucumber. Thatâ€™s the sign of greatness. You may appreciate him or vilify him, it was Misbah-ul-Haq who took the Pakistani Cricket from ruins and brought to the respectable level it deserved. Now, Cricket World Cup 2015 requires him; Pakistan requires him, the world cup is not won by removing the person from captaincy who made the team what it is now. Rest is all up to the cricket officials and most importantly, the fans.

An Open letter to Imran Khan from his die-hard fan, you failed to fulfill my dream
So how exactly did the Simpsons predict the Ebola Virus back in 1997?
To Top