Prime Minister Imran Khan in his recent tweet, said that minorities in Pakistan are safe and will be provided equal rights. He also warned people that strict action will be taken against those who try to harm them. Pakistani are praising Khan for his stance to save minorities in Pakistan.

In a series of tweets, Khan reminds the nation that ‘our minorities are equal citizens of this country’. He said if there is any threat to non-Muslims or their places of worships in Pakistan it would be dealt with firm government action.

However, the reaction came after the ongoing violent situation in Delhi, India. Muslims are being treated poorly, and now 25 have died so far in an ongoing clash between Hindus and Muslims. The violence was triggered after Muslims protesting against a discriminatory citizenship law were attacked. 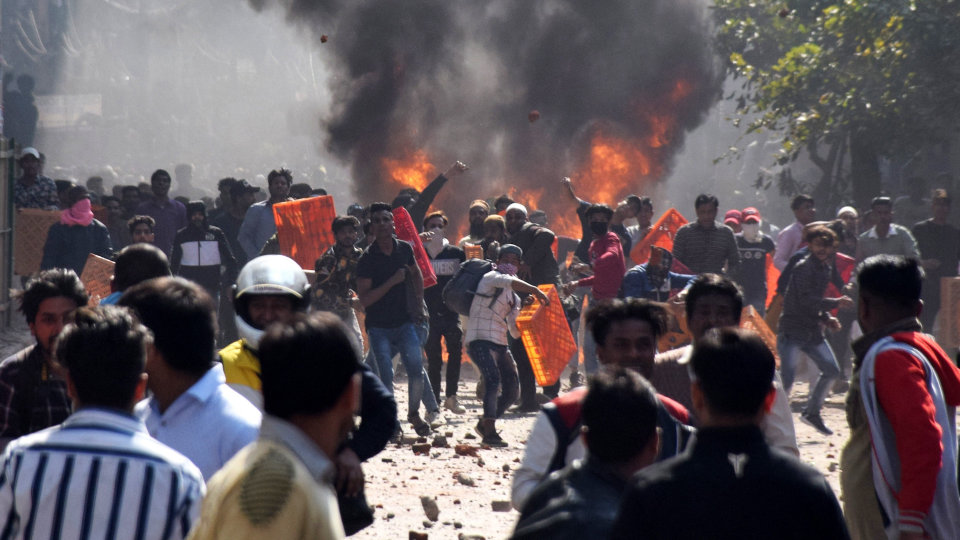 “Whenever a racist ideology based on hatred takes over, it leads to bloodshed,” Khan said. “Today in India we are seeing the Nazi-inspired RSS [Rashtriya Swayamsevak Sangh] ideology take over a nuclear-armed state of over a billion people.”

He further added, “As I had predicted in my address to UNGA last year, once the genie is out of the bottle the bloodshed will get worse. IOJK was the beginning. Now 200 million Muslims in India are being targeted. The world community must act now”.

Moreover, many Pakistani celebrities have shown their support to Khan for his stance on minorities of Pakistan. Unlike Indian Prime Minister Narendra Modi, who is not taking action against Hindu extremists who are attacking minorities living in India.

Actor Mahira Khan, Fahad Mustafa and Farhan Saeed took to Twitter to praise Khan as he vows to protect minorities in Pakistan.

Is why I said what I said. Proud to have voted for you, and pray for you everyday . May you take Pakistan to the heights we only dreamt of. Amen @ImranKhanPTI https://t.co/hXaUhjlM9W

This is MY Pakistan’s leader!!! Say it loud and clear. Thank you @ImranKhanPTI 🇵🇰 https://t.co/jH1UHnM4yx

Furthermore, many Pakistani, as well as Bollywood celebrities, have been raising their voices against the ongoing Delhi riots. The death toll from deadly communal violence in Delhi rose to 20 on Wednesday with 200 others wounded.

Dear Pakistan, the #DelhiRiots are nothing to rejoice over. We’ve seen and suffered from our share of religious extremism. Let’s hope and pray they sort it out and defeat the elements behind this. Good luck India!

The messed up situation in Dehli right now is EXACTLY what the BJP has wanted since its came to power.
The hatred and misinformation they spewed into the public created hate, anger that is spilling over to the streets.
They did this thru the help of (so called) journalists (1/2)

Overworked and one dead too. Folks . If we could be kind enough also to offer some condolences to the bereaved. They don’t have cushy lives and are stuck in a thankless job. Constantly under pressure. A few bad apples can spoil the cart. https://t.co/zmy8TBHOcK

You got blood on your hands…you know who you are. As a true Hindu, I believe in karma. And it won’t wait till your next birth, it will manifest soon…as disease, penury, pain…you’d have earned this, like you’re earning extra money right now,celebrating the murder of others.

I don’t think we did go blind, I think we are blind, Blind but seeing , Blind people who can see,but do not see. https://t.co/Fm6Af5wfER