Indian singer Mika Singh has been banned from the Indian film industry by the All India Cine Workers Association (AICWA) because he performed in Pakistan.

The President of AICWA released a statement regarding the issue to further elaborate the reason for the ban. The statement read, “deeply pained and anguished by the performance of singer, Mika Singh alias Amrik Singh at the wedding of former President of Pakistan Pervez Musharraf’s cousin’s daughter in Karachi, followed by the height of tension and broken relations between India and Pakistan, which is shocking, shameful and shattering”. The performance is discouraged because of the current concerns between the two countries. The sudden revocation of Article 370 that granted a special status to Kashmir had been a bold move from India’s part.

It resulted in the on-going chaos within the region and is birthing a new era of Kashmir genocide. The Indian government proceeded with the decision without any consideration for the citizens of Kashmir. This is why Pakistan is cutting off all ties with the country as well. There are plenty of actions that Pakistan has taken against India which includes diluting diplomatic connections and banning Indian movies. Not to mention, this compels India to take similar actions. Therefore, then banning Mika Singh from the Indian film industry.

The statement also added, “AICWA workers will make sure that no one in India works with Mika Singh and if anyone does, they will face legal consequences in the court of law”

They mentioned the act to be “anti-national”, “We at FWICE have zero tolerance for such acts and unanimously condemn it as anti-national, unpatriotic and ghastly and totally ban Mika Singh alias Amrik Singh and the 14 crew members who participated in the presentation from any performance, recording, playback singing, acting in India,” 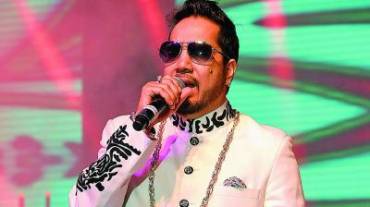 “We humbly appeal the production houses, music directors, event managers, All India Radio, all FM stations, music companies, recording companies, national TV and satellite channels, and others related, to boycott Mika Singh for any musical activity irrevocably forever.” It addressed in the end.

There isn’t much to contemplate here probably as it is an obvious decision because of the Kashmir crisis. A Pakistani journalist had shared a 30 second video of Mika Singh performing in Karachi. The response from India itself is harsh towards the singer. However, they forget the hideous way their country has ripped off the rights of Kashmiris. This is a form of blind patriotism that also includes famous Indian celebrities especially Priyanka Chopra. She has a biased and hypocritical attitude towards the current war between India and Pakistan.  This shows as she claims herself to be a UN ambassador and advocates for peace but tweets “Jai Hind” for India’s war-ridden behaviors.

Nevertheless, the singer will be meeting plenty of complications for his performance in Pakistan. And he must have ultimately learned his lesson one way or another.

What do you think of the situation? Do you believe that it was the right decision to ban Mika Singh or is India trying to add extra fuel for Pakistan? Share your thoughts.

Here’s Why A Foreign Head Coach Is More Favorable For Team Pakistan
Indian Media Embarrasses Itself Again After Using Arya Stark’s Picture And This Is Downright Hilarious!
To Top