Young girls in Afghanistan do not have access to proper education, much like in many areas of Pakistan – only in Afganistan, it is far severe. Education of girls has always been a struggle in these parts of the world. Several non-profit organizations have tried to educate the parents about the importance of education for their daughters but to no avail. Moreover, the school buildings are available but there is a lack of female teachers. 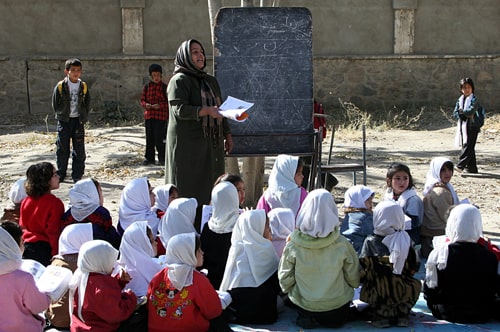 One father is making all the difference; Mia Khan from Paktika province.

Hailing from Paktika province of Afghanistan, Mia Khan is dedicated to sending his precious daughters to school beating all odds. He travels a total of 12 km, taking his daughters to and from school every day on his motorcycle. Moreover, he waits for 4 hours outside her school, until she is done with all her lessons. 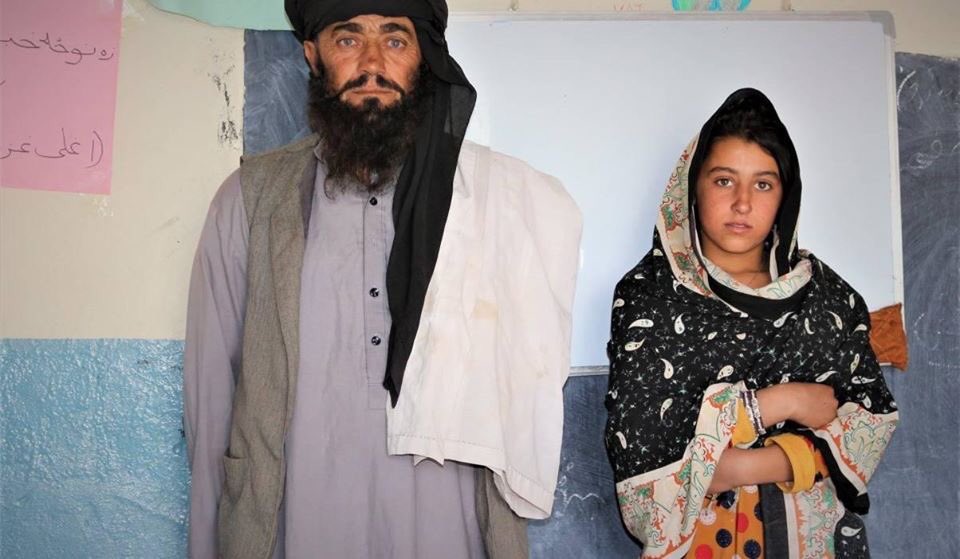 Mia Khan uneducated himself, envisions his daughters as a successful doctor since there is no female doctor in the entire province. This goes to show the dedication, vision, and faith he has for his daughters. In male-dominated parts of the world, where patriarchy reigns with an iron fist – behind successful daughters are supportive fathers that do not let male dominancy become a hurdle in the way of their daughter’s growth.

Khan said, “I am illiterate, and I live on daily wage, but my daughters’ education is very valuable to me because there is no female doctor in our area. It is my greatest desire to educate my daughters like my sons”

His three daughters go to the Nooraniya School for Girls, which is run by the SCA. Rozi, who is one of his daughters said, “so happy that I study. I am in grade six this year. My dad or brother brings us on a motorcycle every day to the school and when we leave, he brings us home again”

Mia Khan’s dedication and hard work for a brighter future of his daughters are cheered and celebrated.

A father’s love and support know no boundaries. Moreover, fathers like Mia khan are the pillars in their daughters’ life, ensuring her safety and success.

This #Afghan father is a real hero & an example to all. Mia Khan of #Paktia province takes his daughter 12km on his motorcycle to school daily & waits 4 hours till her daughter’s class ends. He’s uneducated himself & wants his daughter 2 b a doctor as thr is none n their Village! pic.twitter.com/E5r6ei4ilh

Point well made. Mia, although lacks an education, is a worthy example of the support girls need from their parents to curate a better and learned future for themselves.

Just came to know about Sir Mia Khan..Though i was right.Illiterate aren't the one's who are uneducated but the one's who has no ethics,no discipline and sick minded😕
This man sets an example for those who thinks that Girl's Education is not important🙌🙌👏👏

Women’s empowerment starts from home and Mia’s daughters are lucky to have a father like him.

If parents decided to educate their daughters no hurdles stopped them.
Mia khan set an example for all the parents that the education of girl is very imp. He daily travel 13km on his bike and took his daughter to school.
Slam to this pashtoon father. pic.twitter.com/770R2XytJY

This is the equality that is being asked for, worldwide. Unfortunately, gravely misunderstood.

Mr. Mia Khan says: “I am illiterate, and I live on daily wage, but my daughters' education is very valuable to me because there is no female doctor in our area. It is my greatest desire to educate my daughters like my sons”. pic.twitter.com/NwdiNDCqcK

He definitely deserves a salute, considering he is not letting any hurdle such as distance come in the way of quality education for his girls.

I salute to such brave hero’s in our society & I hope people learn from Mia Khan to trust & support #girls #education. As educating girls gives them the freedom to make decisions to improve their lives, which has deep social implications. https://t.co/7j0N8TnjC4… https://t.co/BgrkRWtvzF

Afghanistan has sadly failed to progress in all aspects including education for their youth. Recently, US President Donald Trump canceled talks with the Taliban, which has placed the future of Afghanistan on an unpredictable route.

Moreover, the unsteady conditions of the country add to the already low enrollment of female students in the schools. However, Mia Khan’s strong resolve might spark a change within the hearts of many more fathers; which might lead to the improvement of female literacy rates in Afghanistan.

Do you find Mia Khan to be an inspiration for other fathers? Comment below!