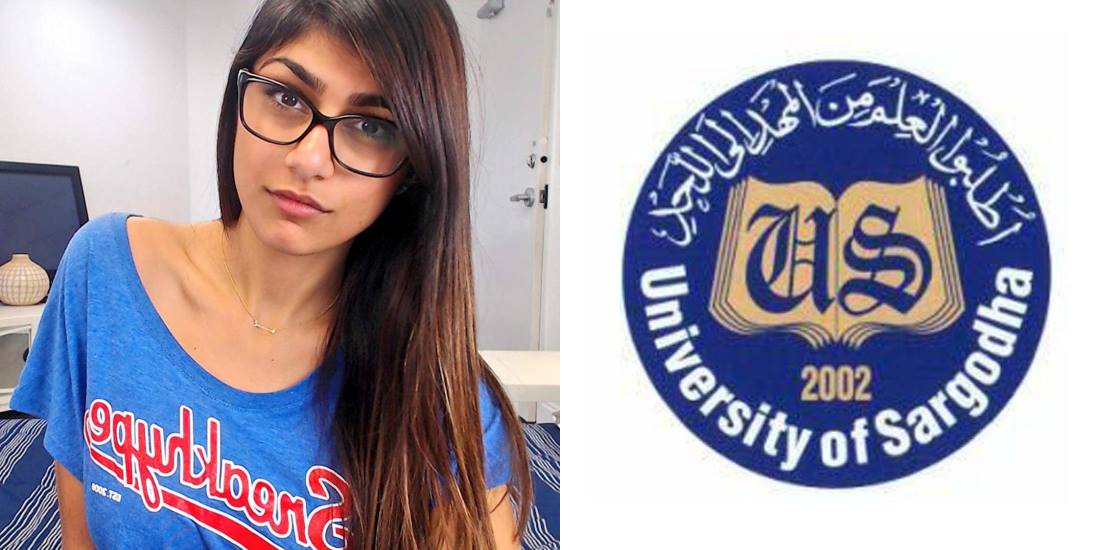 Pakistani universities receive applications from all sorts of people. Which is only natural I guess because of the huge population of this country. There are always a few applications which stand out because they’re so damn weird. They make you go like:

The University of Sargodha received an application so weird, they posted it on their Facebook page to reprimand the student who handed it in.

Who was the application from? Let me give you a hint: 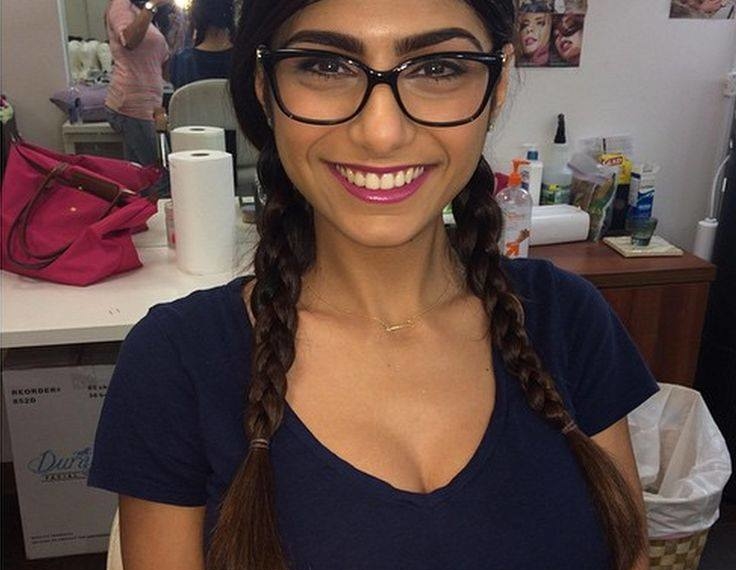 Just kidding. It wasn’t actually Mia Khalifa but just a kid who wanted to have some fun. 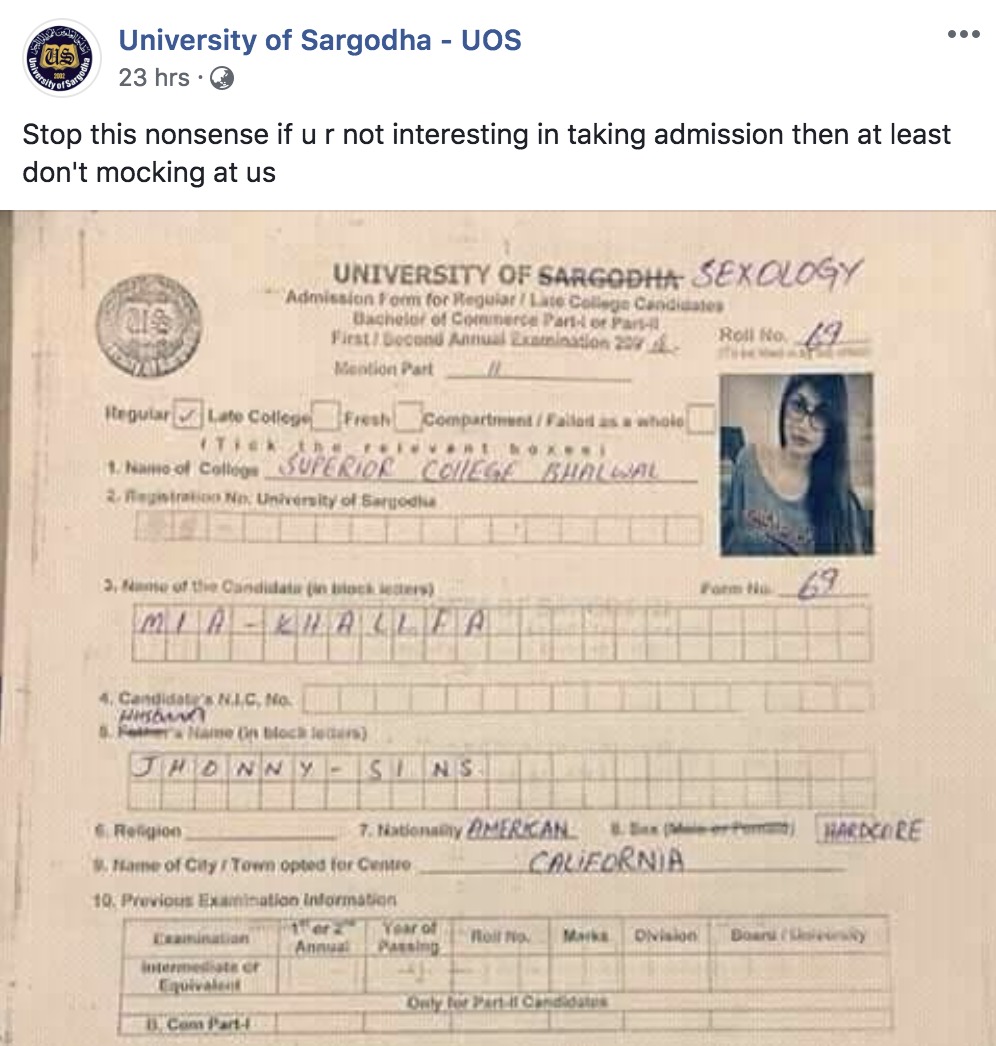 There’s more. The local hero who submitted this application filled it out well. Like, really well. 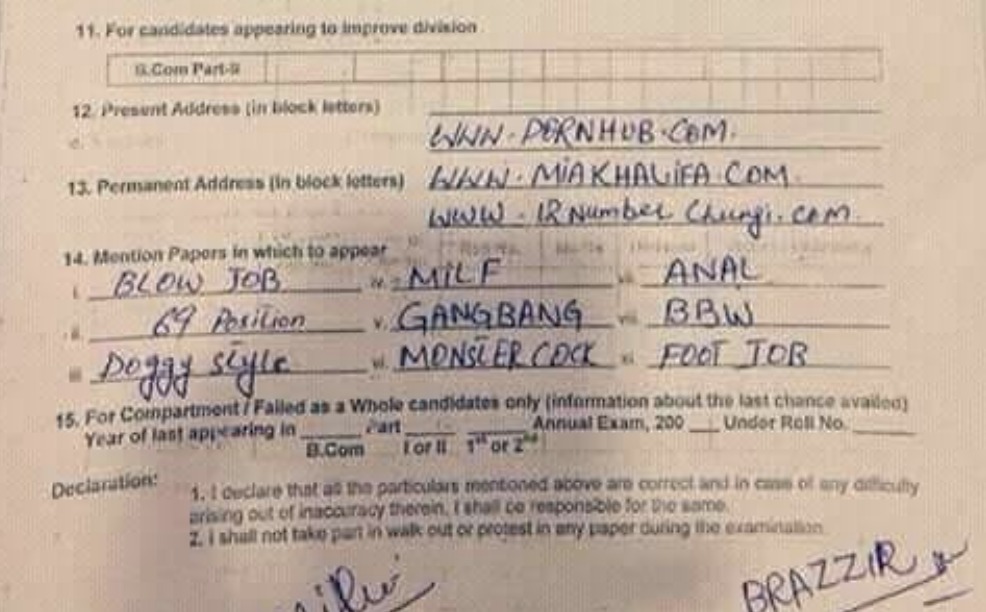 She wants to appear in a lot of papers, doesn’t she? But she has usually done well in all the mentioned categories so it’s not too unthinkable I guess.

Do you think this was a harmless prank or did the person who submitted this application go too far? I, for one, think it’s a great joke. It didn’t hurt anyone and was the source of a good laugh. Let us know your opinion in the comments below!