The expanding digital stances in order to keep the users aware of the world happenings can sometimes turn towards an absurd leap. Similarly, internet space is in a guffaw after former Lebanese-American adult star, Mia Khalifa took up a social trend. Recently, Mia Khalifa did the “Gonna Tell My Kids” trend trolling Nobel peace prize winner Malala Yousafzai.

Malala Yousafzai trolled by Mia Khalifa in the “Gonna Tell My Kids” trend!

Apparently, this is not the first time the adult star has used the Pakistani activist’s name in her posts. Back in 2017 as well, wearing a scarf, Mia Khalifa compared herself with Malala Yousufzai leaving the masses speechless. This time around, Mia Khalifa trolled Malala Yousafzai in the “Gonna Tell My Kids” challenge with a post on her official Instagram. 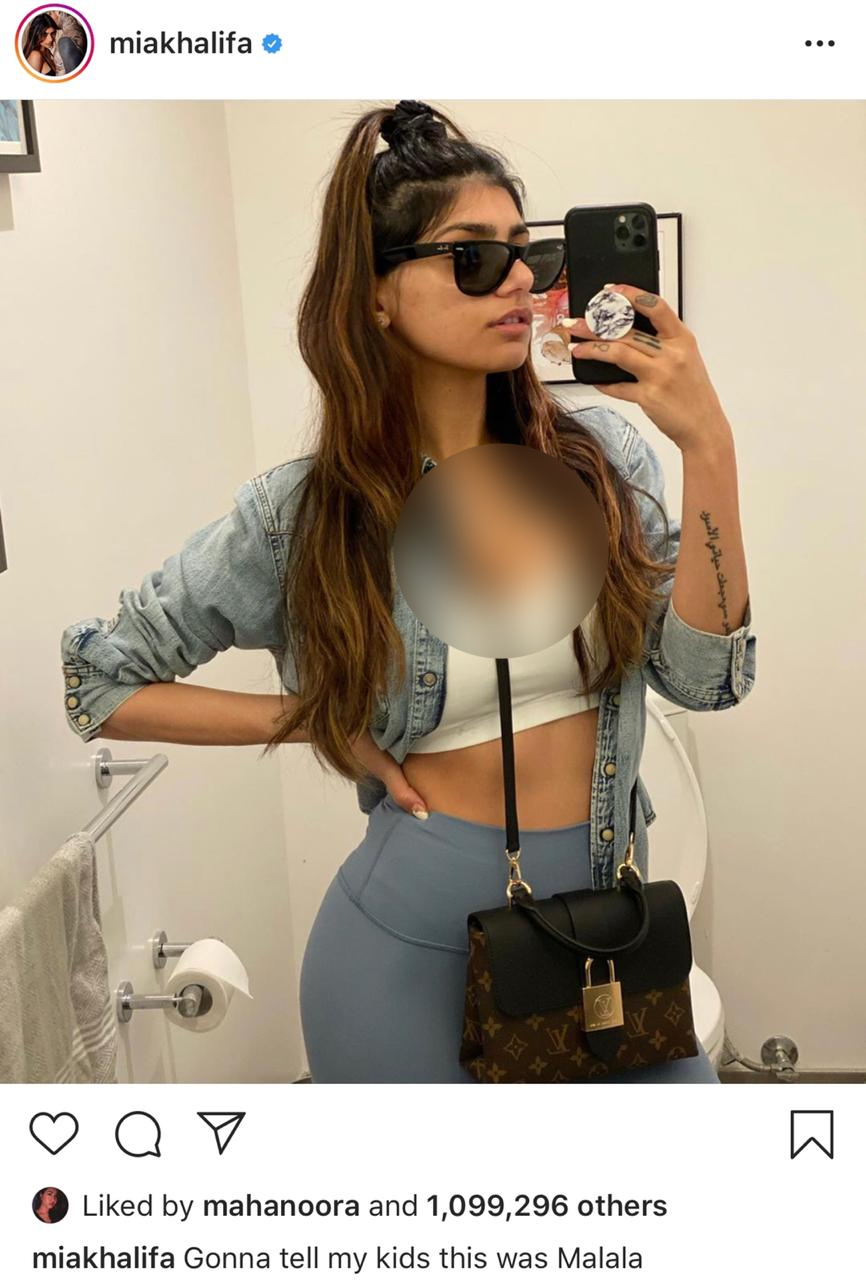 Certainly, the advanced internet spares no one and can turn into a funny place at times. However, the former adult actress needs no introduction as she is massively famous for her past participation in the industry. As of now, Mia Khalifa, after parting ways from the sinful attire has entered the sports line and is often seen sharing her knowledge about the field.

What Mia Khalifa previously did and what she’s up to now!

Past pornographic actress and now a sports commentator, the lady seems to be finally settling down for the good. Along with her sports career, Mia Khalifa also does webcam modeling after being associated with the adult film line for about one year. However, displaying the witty side, the adult star or sometimes her fans, have several times provided the internet with sheer hysteria. 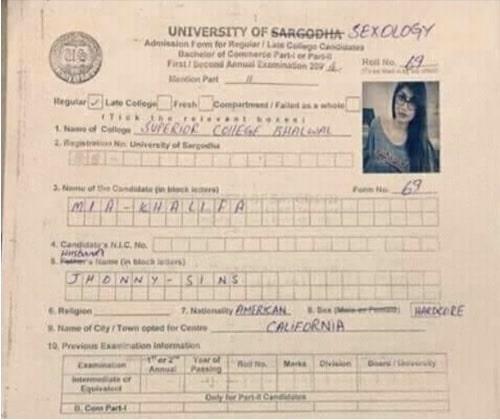 There’s no doubt that the majority of Pakistanis are also familiar with the infamous Mia Khalifa. For purely entertainment purposes, last year, a student of Sargodha University had filled out the admission form for the adult star. Eventually, Mia Kalifa’s sudden urge to study at the University of Sargodha created an amusing atmosphere on digital platforms.

Soon after the form was submitted by the unknown individual, the institute’s administration was in haste. Later, to catch the evil-minded student, the picture of the form was uploaded on social media and obviously, it caught attention. However, the unexpected activity sure made the masses laugh hard and yet again, the entertaining winds have started blowing.

Well, often we see some hilarious challenges getting viral on the social media and the users attempting them. Similarly, Mia Khalifa also attempted the recently viral “Gonna Tell My Kids” challenge but the Malala Yousafzai twist wasn’t expected.

What do you think of Mia Khalifa’s taking another dig at Malala Yousafzai? Let us know in the comments section below!