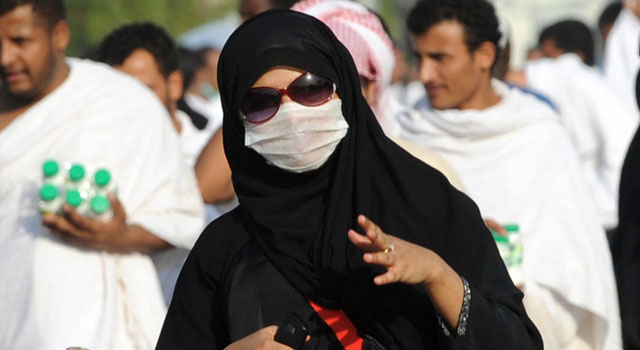 Saudi Arabian authorities have reported 14 more cases of the deadly MERS virus, bringing the total number of infected people to 313. The country has faced accusations of a lack of transparency as it struggles to control the virusâ€™s spread.

The latest outbreak of the MERS virus has Saudi authorities concerned ahead of Ramadam, when millions of pilgrims will flock to the country. The Health Ministry has reported 14 new cases of the respiratory syndrome in the capital, Riyadh, in the last 24 hours. In total, 92 people have died of MERS in Saudi Arabia, according to official information from the Ministry of Health.

One of the latest to be infected was a 65-year-old Turkish pilgrim in Mecca, fueling fears that Ramadan will see the number of cases drastically increase.

Health authorities are currently investigating where the virus originates and how to stem the outbreak. Middle East Respiratory Syndrome Coronavirus (MERS) currently has no known cure and is considered to be more deadly than the SARS virus that killed over 800 people during the 2002-03 outbreak in China.

The World Health Organization (WHO) has called for more investigation into the virus and suspects MERS may have mutated, making it more transmissible between humans. A spokesperson from the WHO said the organization was â€œconcernedâ€ about the increasing number of cases.

“This just highlights the need to learn more about the virus, about the transmission, and about the route of infection,” the spokesperson told Reuters.

Criticism has been aimed at the Saudi Health Ministry for its handling of the pandemic, amid fears of the virus spreading internationally. Saudi government officials have sought to dispel fears of a global outbreak and denied claims of a lack of transparency on a governmental level.

On Monday, the government removed Health Minister Abdullah al-Rabiah from his position without any official explanation. His replacement, Adel Fakieh, has pledged “transparency and to promptly provide the media and society with the information needed.â€ In addition, five leading, international vaccine makers have been drafted in by the Saudi government to aid in the development of a MERS vaccine.

A large proportion of those infected by the virus in Saudi Arabia are healthcare professionals, but Fakieh said he was pleased to announce that a number of patients with the virus were recovering, while critical cases were still receiving medical care.