It won’t be wrong to say that Meray Paas Tum Ho is one of the most successful Pakistani drama serials of all time. Breaking several records and hooking the world audience on it, the show has now entered into its concluding stage. Apart from the well-wishes pouring in, as of now, Pakistani viewers look more about the ‘damm’ scene from the second last episode.

Left with just one more episode to go on-air, Meray Paas Tu Ho turned out to be a concise story filled with twists and turns. Talking in an interview, writer Khalil Ur Rehman earlier revealed that the second last episode is super intense. After the release, Twitter was filled with trolling posts regarding the scene where Ayeza Khan [Mehwish] is seen doing ‘damm’ on a soft drink. 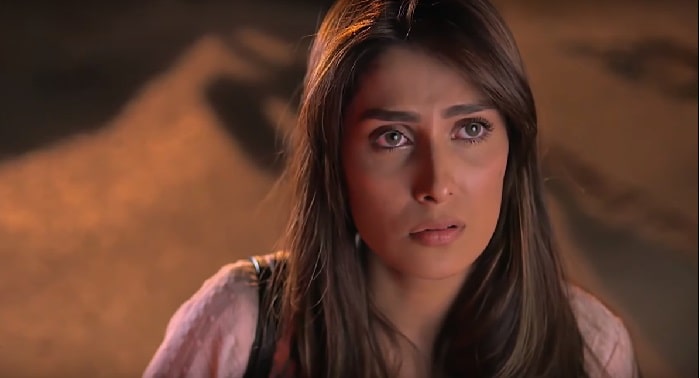 Apparently, it turns out that the audience doesn’t only watch the show but also notices the changes or ‘blunders’ occurred. Similarly, the old-fashioned tactic of getting your loved one on their knees saw an unexpected change in the last episode. While normally, people blow in their glass of water before drinking it for different purposes, Meray Paas Tum Ho replaced it with soda.

Twitteratis react to the scene in the most hilarious way!

However, to get the reference, you need to have a strong understanding of the show Meray Paas Tum Ho. Probably, a 7up or Sprite, the actress while praying to get his lost love back was brought the filled glass by her neighbor for ‘damm’. Eventually, Ayeza Khan does as told but well, social media has its eyes on everything and the liquid was soon identified.

Everybody did, I guess!

Certainly, the hilarious reactions pouring display the fame and outreach of Meray Paas Tum Ho among the masses. Particularly, the frame was set on Ayeza Khan [Mehwish] while she is on the praying mat and her neighbor steps in to help. With the glass in her hand, the neighbor recommends Mehwish some Quranic verses assuring that her love will arrive back soon.

However, the majority of fans are disappointed by the early end of Meray Paas Tum Ho as only one episode remains. Last year, the fame even lead to Pakistanis being ready to provide justice to Humayun Saeed [Danish] at Frere Hall, Karachi. Well, expectations are now even higher for the last upcoming episode as several conspired ropes are still left to untangle.

Are you following Meray Paas Tum Ho? Let us know in the comments section below!

Brace Yourselves Karachiites, The Coldest Weather Of Your Life Is Here!
Indian Soldier Slips On Snow In IOK, Lands In Pakistan!
To Top