“A healthy body bears a healthy mind”, goes a saying if a little distortion in the actual expression is permitted. Truly enough, a healthy and functional brain can only stand a chance of survival if it resides within an equally sound body. In our daily lives, too, we can all relate to this notion. Our discussion here aims at fully grasping the concept of mental wellbeing, with stress on mental health in Pakistan in 2018. But, without detailing out the confronted mental issues and its ill-manifestations, we won’t be able to precisely measure its gravity and find means to overcome them. Let’s proceed in a logical, mindful sequence.

Are Mental Problems A Worldwide Hush-Hush?

It is a fact, and a crude one, that all diseases and conditions related to the human brain have created the most ripples in the health world. You’d recall, there were times when a mentally ill person was considered to be overwhelmed with some evil spirit of unknown origin (and reasoning). This used to be the norm in the pre-scientific era, not lying much behind us. In fact, a century or so to these illogical and mindless deductions, amounting to nothing short of fairy tales.

But, thanks to the Medical Science that was destined to bury these bogus notions that were deeply rooted. As the Age of Renaissance dawned over the global arena, we were guided to the right conclusions. False beliefs regarding mental illness have caused significant problems in the past. Having provided for dealing with such problems in an apt way, there still might be some form of stigma attached to this branch of Medical Science. People surrounding a mentally affected person might be the source of some serious issues to the already nature-victimized. A handful of these have been mentioned underneath:

Stand Up To Stigma: Breaking The Barrier To Discuss Together 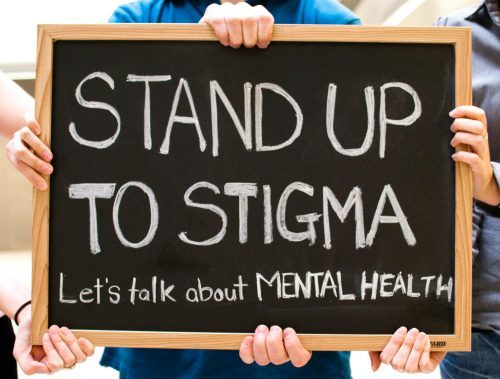 Ask any psychiatrist or a consultant psychologist and they would instantly vent their emotions with respect to tackling general mental health conditions. Mental health problems encompass a wide range of disorders, but the common trait is that they all affect the sufferer’s personality, thought processes and social interactions. They can be difficult to clearly diagnose at times, unlike physical illnesses. Some disorders might be severe enough to affect school, work, or other aspects of daily life.

Disorders concerned with mental health in Pakistan in 2018 occur in a variety of forms, and symptoms may overlap and mask one another, making their diagnostics difficult to perform.

Since times unknown, people in our society have silenced the talk of mental health for one reason or another. The larger part of the community seems always in the denial mode in identifying mental health issue as a problem. Unfortunately, societal defects lead a person to fall prey to his dilapidated mental condition even further. After a couple of unsuccessful attempts at solving the problem through religion and spiritual healing, the end seems almost eminent. Consulting a medical professional would be considered the last resort and for most, never a priority or even an option.

Suffering people usually feel embarrassed to talk about visiting a psychiatrist, for the fear of being judged or considered a lunatic or insane. The outcome of such an attitude is often horrific with lives being destroyed and even lost. What to do of such a society wherein addiction to drugs is considered an easy escape route for people suffering with depression or stress. An alarming increase of mental health problems among our young population is a pitiful situation. The real torment lies in the insensible social stigmatization of mental health disorders in our country.

Problems related to mental health in Pakistan in 2018 have contributed in elevating the suicide cases, especially among the youth under the age of 25 years. Sadly enough, it is the youth in our society that receives the lowest empathy from our social sectors. This also reflects in limited research which has been carried out at national level in the field of youth mental disorders.

Some Common Mental Conditions That Have Plagued Our Society

As Medical Science progresses by leaps and bounds, biologists have made great headway in discovering and treating quite a few mental problems. Even though there are numerous disorders, below is a list of five disorders that pose a direct threat to our population’s youth section:

It is defined by intermittent and repeated attacks of intense fear of something evil happening or a sense of impending doom.

It is defined by a lack of ability to distinguish reality, causing paranoia and belief in elaborate conspiracies.

It causes a periodic cycling of emotional states between manic and depressive phases. Manic phases contain periods of extreme activity and heightened emotions, whereas depressive phases are characterized by lethargy and sadness.

It covers a wide range of conditions, typically defined by a persistent bad mood and lack of interest in pursuing daily life, as well as bouts of lethargy and fatigue. 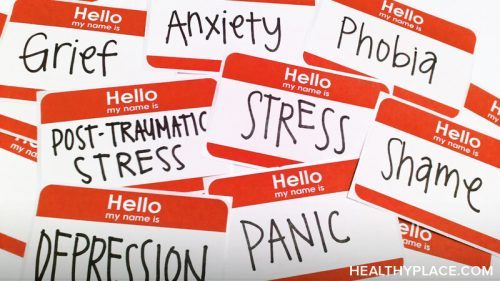 What Should We Be Up To?

The increasing level of mental health problems amongst the Pakistani youth shows appalling statistics. It is  high time that this issue be given special attention, considering it a medical emergency. At public level, more awareness campaigns and policies should be formulated to raise sense of mental disorders. It should be among one of our national interests to reduce the existing social stigma against them. Working out this way only shall we be able to turn the tide in the favor of our psychologically curable youth. The good thing is that such people possess all the abilities to cater as useful members of the society.

“SAY NO TO PSYCHOLOGICAL DISCRIMINATION”

Here Are 5 Healthy Foods You Should Start Eating If You Have A Busy Lifestyle!
Ramadan 2019 Calls For A Healthy Food Diet In The Holy Month
To Top