Members Of TLP & Govt To Review 'Zindagi Tamasha' Before Release!

Best known for his exceptional directing skills, Sarmad Khoosat is one of the best filmmakers Pakistan currently has. Unfortunately, his upcoming movie ”Zindagi Tamasha” has stirred a widespread controversy with a strong political influence. As ”Zindagi Tamaha” has incurred severe consequences, the film will now be reviewed by government officials along with TLP members.

”Zindagi Tamasha” to be reviewed once again

Apparently, the trailer of the film came out last year and the cinema lovers were super hyped for its official release. Undoubtedly, the dark and intense storyline of ”Zindagi Tamasha” has literally got everyone waiting for the final feature. However, currently, it is decided that members of Tehreek-e-Labbaik Pakistan (TLP) and government officials will review ”Zindagi Tamasha’‘ before release.

Putting it up for review once again, Awan wrote that this time the Council of Islamic Ideology will also be involved. Moreover, the decision will be taken on the mutual consent of both the TLP members and the PTI government. Yet again, the Censor Board of Film Certification (CBFC) will hold a meeting in order to re-review the ”Zindagi Tamasha” with both the parties on board.

Necessary approvals for the release of ”Zindagi Tamasha”! 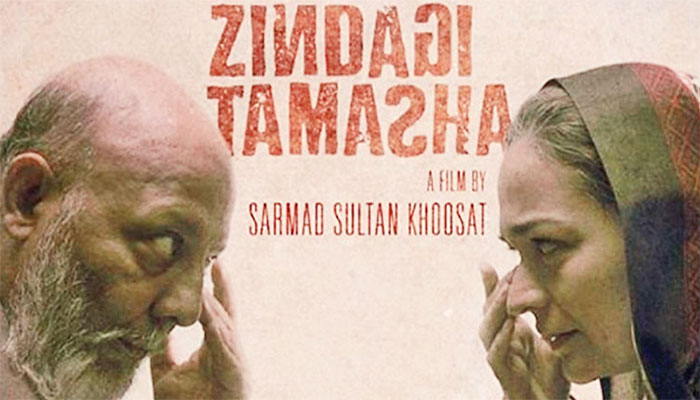 As per recent reports, ”Zindagi Tamasha” will only be released after both, the TLP and PTI will approve it. Regarding the stance, the religious party had called off its strike against the movie and has agreed upon the presented terms. Sources reveal, ”Film [Zindagi Tamasha] will only be cleared if the members of the religious party and government officials approve of the content”. 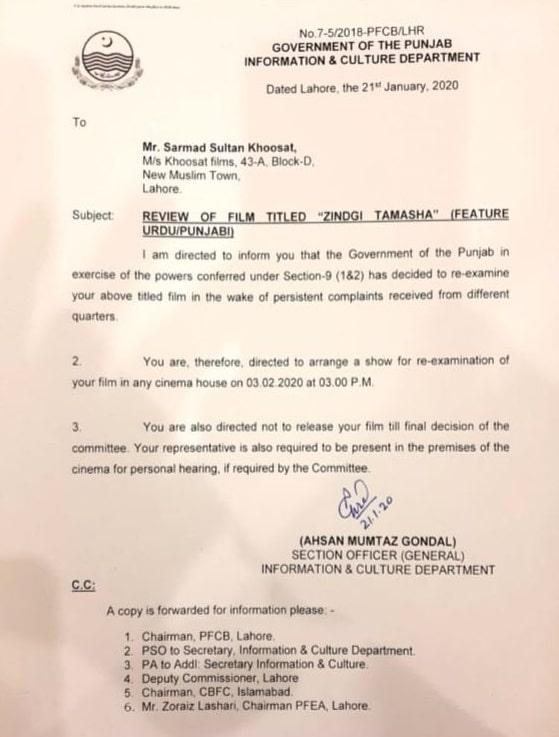 Currently, the central and Punjab censor boards have been advised to stop the certification until next month. Apparently, the movie has been screened in several cinemas across the globe until now and has received sheer recognition. Last year, Sarmad Khoosat’s “Zindagi Tamasha” received international fame after it got nominated for the Busan Film Festival and won it.

On the postponed release, several Pakistani artists have stood up in favor of the filmmaker Sarmad Khoosat. Apart from celebrity support, currently, hashtags #IStandWithSarmadKhoosat and #ZindagiTamasha are among the top trends for today.

Who do you support on the issue? Let us know in the comments section below!

Trump-Khan Meeting At Davos: Everything You Need To Know!
Tekken Champion Arslan Ash Set To Defend His Title In EVO Japan 2020!
To Top