Mehwish Hayat is the new favorite Pakistani beauty with brains. Though people can’t stop trolling her for the Tamgha-e-Imtiaz but the courageous heroine is proving her metal around the world. The singer, model, and actress have stunned us many times with her calculated speech and matter of fact tone.

She has proved herself to be a true Pakistani at heart and  has won hearts for roasting the UN ambassador Priyanka Chopra for gaslighting a Pakistani girl. So recently , when she met Nick Jonas, it was everything that Pakistani trolls needed to have a good laugh at! 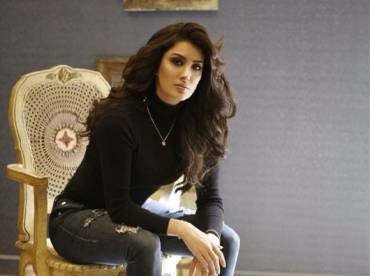 Earlier this year, Mehwish Hayat was invited to speak at the peace event in Oslo, in the presence of the honorable Prime Minister of Norway where she made her point clear in the context of the current situation in Kashmir.

I was honoured to address distinguished guests including The Right Honourable Prime Minister of Norway, Madam Erna Solberg at a Peace event in Oslo where I was recognised with an award for Pride of Performance. I was able use the prestigious forum to talk about the the role of cinema in promoting peace. Unfortunately the way we are being represented is creating divides… Bollywood could have used cinema to promote mutual understanding instead of vilifying us as they do. They need to decide which is more important – nationalistic fervour or a peaceful future. #MehwishHayat #Oslo #HomeofNobelPeacePrize #PeaceDialogue

And off she went to explore the US! She was invited to the Sky News morning show, Sunrise where Mehwish Hayat Schooled Filmmakers In An Interview With Sky News.

I am privileged to have been blessed with a platform to take my country’s message to the world. This was on Sky News’ prestigious “Sunrise” show this morning. Thank you @Skynews and @skygillian for the opportunity. #MehwishHayat #SkyNews #Sunrise

She indeed has recognized herself internationally as a voice of reason. The famed actress is having fun too, and meeting a lot of people. You might like to read more about her achievements 7 Times This Tamgha-E-Imtiaz Girl Mehwish Hayat Has Stun The World And Pakistan

I’ll see you when the road decides it’s time for our paths to cross again .. 👣 #MehwishHayat #Wanderer #USA🇺🇸

And look who she crossed paths with in the US Open Men’s Semi Finals in NewYork!!

The Lollywood diva met Nick Jonas at the US Open Semi Finals where they both decided to cheer for Rafael Nadal.

Guess who I ran into at the US Open Men's Semi Finals in New York! One thing we both agreed on was that we were both rooting for @rafaelnadal !🎾✌🏻@nickjonas @usopen @emirates pic.twitter.com/9rmRb62K12

What started off as an innocent Instagram post ignited the Pakistani sense of humor. People couldn’t help dragging Priyanka Chopra in because of her obvious photoshop skills that she proudly uses to show her love for her dear husband, Nick Jonas. And because we don’t like her for another obvious –  her lack of manners. Another reason is that Mehwish Hayat roasted her just a month back and yeah obviously because she’s married to Nick Jonas.

And so the trolling began,

And someone alarming Priyanka about where it could lead to

@priyankachopra look out you may lose the both, the ambassadorship & the guy.

Oops, is it just us or Nick Jonas actually has that look

That look when you think you've chosen the wrong wife.

Ujaar do Priyanka ka ghr I'm with u 😂

Well, this one has a genuine question…

Yup that’s probably how they talked about it,

And when he got home, Priyanka vented to him “are you done embarrassing yourself” and he said “we’re all here for love”….

This is just a glimpse of how we Pakistanis rule the trolling world. We just love to have a good laugh and why won’t we. Aren’t we are all here for love?

What’s your take on this, the comment section is all yours.

Research Proves Vaping Or E-Cigs Are Causing Life Taking Lung Diseases & The Vape-Nation Needs To Know!
Lawyer Who Slapped a Female Constable Released Without Punishment And That Is Everything Wrong With the System!
To Top