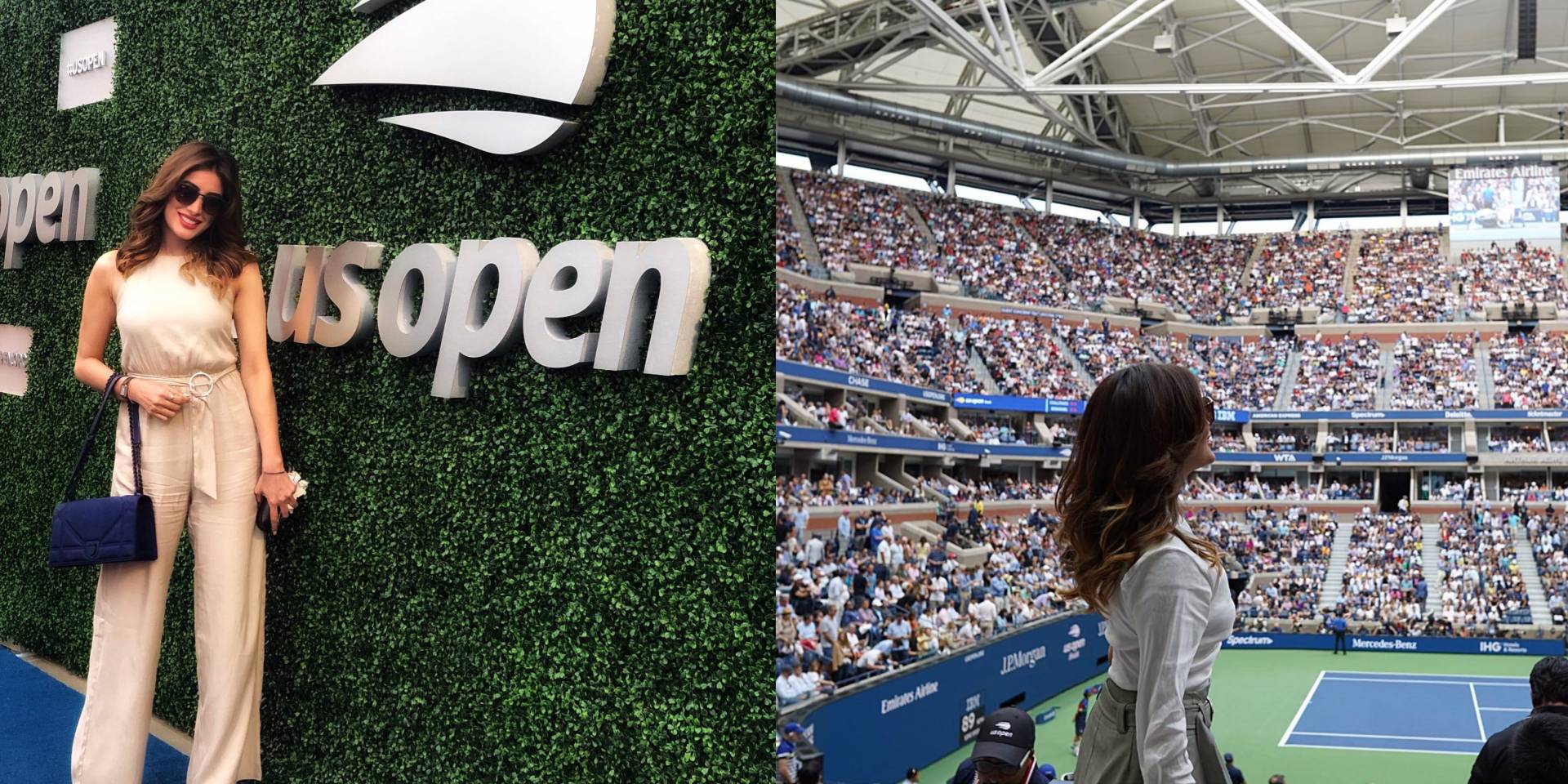 Not everyone in the film industry realizes the responsibility of using their celebrity influence the right way. But Mehwish Hayat one of the highly paid actresses of the Pakistani media industry ensures that her influence makes a difference. She also leaves no opportunity to represent a positive image of her country.

The actress has been standing opposite to every social wrong be it oppression, gender inequality, harassment or humanitarian issues. She has been vocal to other celebrities too about realizing the responsibility that their influence holds. As she wrote an opinion piece to CNN about how Priyanka UNICEF Goodwill Ambassador for peace is abusing her celebrity influence by promoting war.

For this, she has earned herself a respectable place in the hearts of Pakistanis and her fans globally.

Recently her fans have been seeing her attend the US Open Tennis Championship. Emirates invited Mehwish to the game to represent Pakistan. There she met some Global Celebrities and shared a few pictures with her fans on social media. Also sharing bits of the chat she had with them. These celebrities included big names like singer and actor Nick Jonas who has a fan following all around the world. And Hasan Minaj standup comedian who features in a show on Netflix. We don’t doubt for a minute that Mehwish would have certainly charmed the celebs with her utmost intelligence and poise.

She also expressed gratefulness in her post for the exceptional experience she had, witnessing the sport live.

Thank you @emirates for inviting me to the finals of the US Open @usopen . It was a truly exhilarating experience to watch @RafaelNadal win such a thrilling final. Thank you for the exceptional hospitality in your VIP Suite and the opportunity to meet so many interesting people! pic.twitter.com/mIlGz5yWoI

Criticism Finds Its Way To Mehwish

Alongside posting pictures with the celebrities she also posted some glamorous pictures of herself in the beautiful attire. While most of us were absolutely in love with what she was wearing and how well she made her place in the international tournament.

Wasn’t it the best way to represent your country? To show the world how you are capable and equally potential to stand by the rest of the world?

Majority agreed. But then there were a few who had to disagree a little and bring the megastar down with their opinions.

Even these ladies besides you looks decent and elegant, look out yourself are you sure you are wearing something? @MehwishHayat https://t.co/8D8sQIWQP6

This lady completely disregarded the fact how the presence of Mehwish might have made a slight difference to the image of Pakistan. How the Tamgha-e-Imtiaz girl is actually proving her worth to that title. And all she cared about was her attire.

Well, Mehwish isn’t the kind who could let pass that kind of comment. She very humbly staying in her poise slammed the lady with a response that shows how she has the actual capability of keeping calm.

These beautiful ladies are wearing their uniforms and I am wearing what I felt was right for the occasion. To answer your question, the last time I checked, I am sure I was wearing something !

Isn’t that what all of us do before picking out our outfits? Since we don’t have uniforms…

And the next question that could have pissed anyone at all as it was very triggering. Mehwish very humbly responded, “the last time I checked, I am sure I was wearing something.”

Should we actually judge people for what they wear instead of the positivity they’re bringing to the world? Is it ok to continue bringing each other down with the nasty comments? Let us know what you think in the comments.

Sarfaraz Retains As Captain And Babar Named Vice Captain For Sri Lanka Series
Mohammad Waseem Only Took 82 Secs To Knock Out His Filipino Opponent! Named The Win To Kashmiri Brethren
To Top