On 20th September 2017, a young 23-year-old student of University of Karachi met a horrible hit-and-run accident. Belonging to a lower-class family from Mardan, Mehmoona was not offered any support or help from the administration of KU regardless of how the accident happened right outside the university while the student was going to girls’ hostel.

What makes the entire fiasco even more terrible is how she couldn’t avail proper and much needed medical help. She was first taken to DOW Hospital and later to Civil Medical Hospital, but both the medical facilities failed to look after the victim due to lack of doctors and beds in the hospitals. While all the medical incompetence was happening, Mehmoona lost her leg which was severely injured.

Mehmoona was then taken to private hospital Agha Khan University Hospital. However, by the time she reached, the doctors decided to cut her leg to save her life. 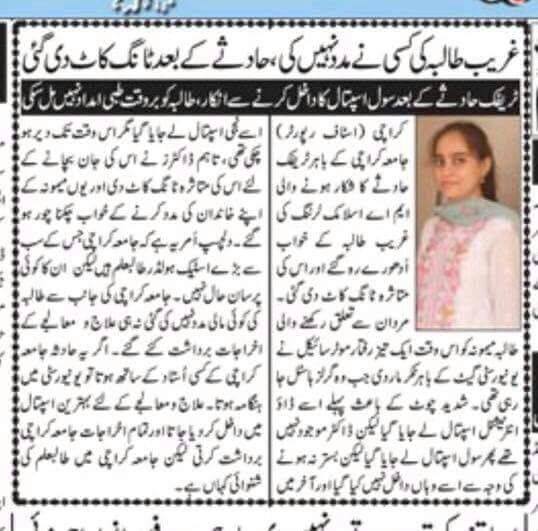 According to the news clip article, the administration of the University of Karachi failed to provide any support to the young girl from Mardan. The article also stated that if it were any teacher in the place of Mehmoona, the university would have taken some prompt action to save their life. 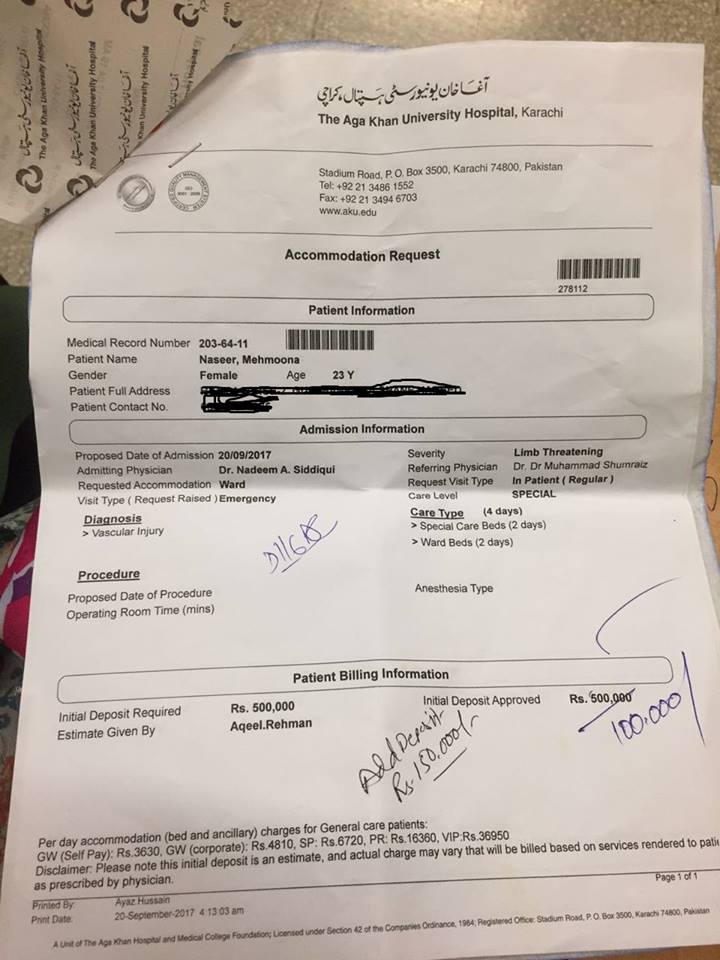 On the other hand, given how Mehmoona belongs to a family which cannot afford expenses of a private hospital, the family is looking for donations.

Here are the Medical Record Number and Bank Account Details for the Donations:

Spread this word as much as you can and play your role in saving Mehmoona’s future. JazakAllah!