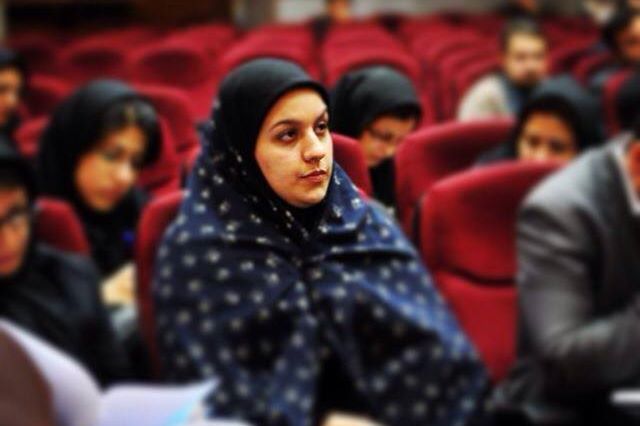 Can you imagine an execution of a girl for stabbing a man to death, a man who attempted to rape her? Well, this is what has happened in our neighboring Country Iran. While the world was occupied with the eulogizing the nobel peace prize winner Malala Yousafzai, a courageous Pakistani girl who stood against the atrocities of Taliban and for her innate right of seeking education, the world turned blind eye to predicament of another young girl fighting for her life in Iran. Her name is Reyhaneh Jabbari. Reyhaneh Jabbari is a 26 year old girl, who has been awarded death sentence on pretext of killing a person who tried to rape her. 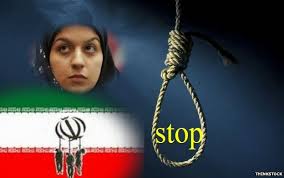 About 7 years ago, Reyhaneh, an interior designer by profession, was spotted by a former Iranian Intelligence employee with the name if Morteza Abdoli Sarbandi. Sarbandi garnered Reyhanehâ€™s services to design and decorate his office. Rehyhaneh agreed to the offer. On reaching Sarbandiâ€™s office, she realized itâ€™s all empty and dirty apartment with no one else except Sarbandi sitting there. Reyhaneh, being a sharp girl, realized the ill-motive of Sarbandi and tried to escape immediately. She was stopped by Sarbandi and was asked to â€œtake off her scarfâ€. Reyhaneh got panicky and started yelling. It was not long before Sarbandi attempted physical assaults on Reyhaneh and she, in her defence, managed to get hands on a knife. As any person would have done in self-defense, Reyhaneh cracked a knife over Sarbandiâ€™s stomach and body couple of times to only save her life. With this incident, Reyhanehâ€™s tormentation had only just begun. Later at night she was arrested and charged with the crime of murder.

When she got to his office a few days later, she was welcomed by a dusty, empty apartment and Sarbandi. Smelling a rat, Reyhaneh tried departing, but was stopped by Sarbandi who asked to â€œtake off her scarfâ€. Reyhaneh resisted his advances as much as she could but Sarbandi got hostile. In her defence and sensing immediate danger, Reyhaneh made a run for it, but a fight soon ensue and she got her hands on a knife, which she used to defend herself. But as Sarbandiâ€™s attacks got stronger, so did Reyhanehâ€™s, which is when she stab him and managed to escape. However, her ordeal was not over yet. Around 2am, she was traced, arrested and charged with murder. 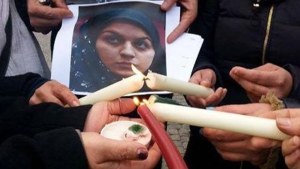 The Iranian authorities have remained ignorant, for past 6 years, of the fact that Reyhaneh was facing a rape and molestation attempt as became evident once the belongings of Sarbandi such as condoms and sedatives were found form the apartment. Overlooking these evidences, Iranian Authorities put charges of murder on her, and she was about to get execution 2 weeks ago until a fortunate delay in execution for 10 days was announced. To her ill-fate, this delay is over now and she is in death shambles again.

The judgment convicting Reyhaneh claims absence of any witnesses during the alleged rape attempt as a reason sufficient to award death sentence for the crime she never committed. The annoyance increases more with the verdict when knowing that despite the sufficient evidence proving Reyhanehâ€™s innocence, Iranian court maintained the death verdict only because she didnâ€™t have any witness for the incident.

There are number of cases like this witnessed in Pakistan every other day. The girls who defend themselves are put through the charges of adultery, infidelity and murder. Self-defence for girls and women is a big taboo for them. Itâ€™s the cessation of humanity when knowing the personâ€™s innocence, she is asked to bring the witness for it.

Moreover, the Iranian authorities are praised by various chauvinist sections inside and outside of Iran for the verdict. They put a simplistic yet sadistic claim that law says that if a person kills the other person, the death sentence is inevitable for him. Had the man come out as alive, he would have been hanged for attempted rape, but, now the woman, labeled as murderer, will be held responsible. Other say she would have resisted and avoided from killing a man, as that would have left a person a live and absolved her from any crime. By saying this, theyâ€™re suggesting that she committed a blunder while saving her life, her sanctity, and her respect

Fact is, the man would have never been hanged if he had been alive because the judiciary remains convinced that Reyhaneh wasnâ€™t undergoing the Rape assault. She did not have any witness so she would have been indicted in both the cases anyways. People would have blamed her for committing adultery and made â€˜stone to deathâ€™ verdict inevitable. 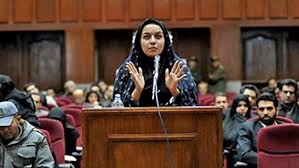 People, mainly in the west, put blame on Islam for these in-humane verdicts. Truth is Islam has nothing to do with them; the exploitative regimes perpetrate Islam in a manner that suits them by these kinds of verdicts. Islam ensures utmost rights, respect and dignity for women. Iran may be an Islamic country, but this verdict came from Iranian courts, the religion has not to be blamed for it.

Moreover, the developed and enlightened west that approved the courageous act of our brave Malala Yousafzai should pay attention to these verdicts as well. They can bring a collective narrative against exploitation of women rights by not infusing them with any selfish motives.

The first step towards women rights in Iran and Pakistan will be to change the existing rape laws. Presenting four witnesses to prove innocence may have been relevant and necessary in primitive times but now with the technology such as DNA and other tests, the witnesses donâ€™t matter. Technology acts as the best impartial witness. Moreover, question arises, why didnâ€™t the four witnesses stop the rape in the first place? Reyhaneh deserves justice. If Reyhaneh is executed in Iran, any remaining ray of hope for rape victims across the world will die too with her.

Is ISIS coming to Pakistan? TTP and ISIS join hands!
What is it about these Pakistani Fashion Designers that makes them so famous?
To Top