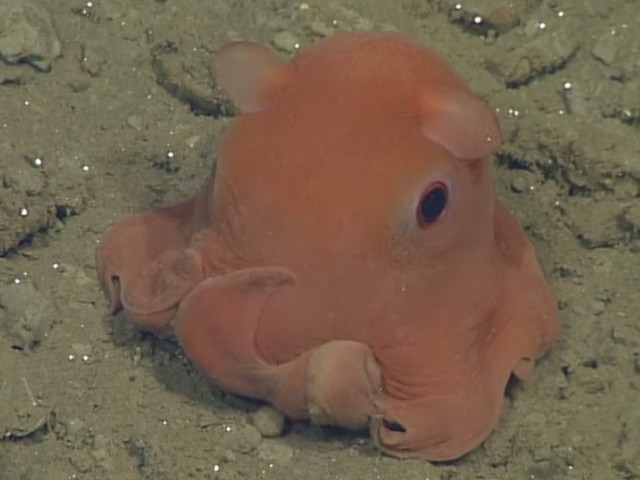 Meet the pink big-eyed octopus so cute that the scientist who discovered the creature is considering naming it ‘ADORABILIS’. This may just be the cutest invertebrate you’ve ever seen. Named after how cute they are, the Opisthoteuthis Adorabilis is a tiny octopus which uses its webbed tentacles and what look like ears to glide around its underwater world. This has earned this little creature the nickname “the Dumbo octopus”. 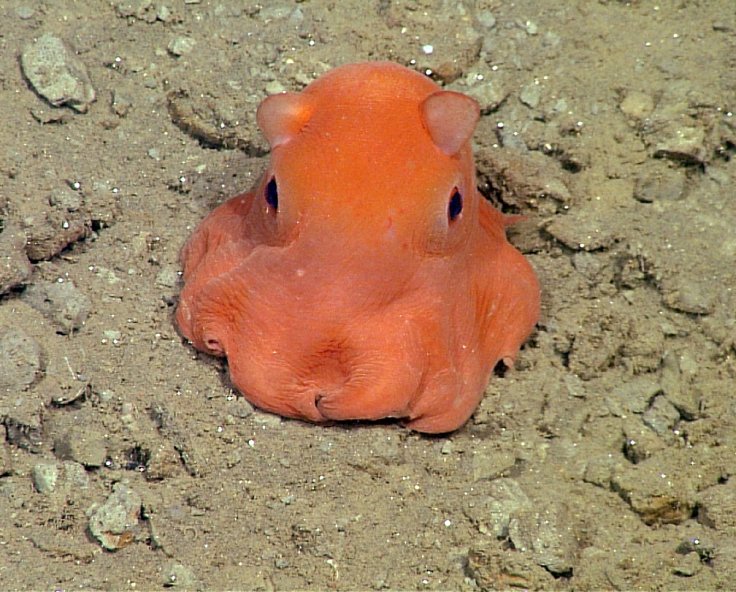 The animal, which has small wing-like fins on its head, has garnered so many accolades for being ‘adorable’ that the adjective may become its official title. Stephanie Bush, a postdoctoral researcher at the Monterey Bay Aquarium Research Institute, said that she is considering the scientific name Opisthotheusis Adorabilis for a species currently only known as the flapjack octopus.

Also See: 80% of the World Cannot Figure Out What Is Wrong With These Pictures!