This article was originally submitted by Junaid Ali Malik

Having a plethora of natural resources and the country is still lagging behind, which is this place? Yes, right’ – it is Pakistan. It has been rightly said about Pakistan that it has immense resources but is very poor in its management.

Among the various assets Pakistan owns, one such is the young generation. The generation is the most crucial asset owned by Pakistan. Sadly speaking it is not utilized to the extent it was envisioned by Founding Fathers of Pakistan.

Pakistani youth even in these times of global pandemic is working hard to bring good revenue to the national economy through digital platforms. One such youth is Naseeb Ullah from the shores of Balochistan, the most poverty-stricken province of Pakistan. His interest in the digital world touched new heights when he initiated ‘NT Media’ which is an online place where one can buy copyrighted videos at reasonable rates. 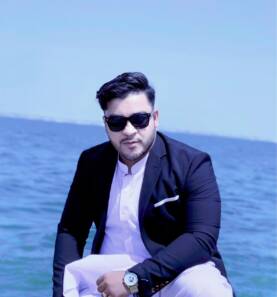 When talked to, young entrepreneur, Naseeb said, “I offer them licensed videos that belong to various genres from business to entertainment and even cuisine.”

He talked about his interest in social media and added that it is an ocean; which requires dedication and interest and most important of all; your commitment and hard work.

The young who are quarantined or are unemployed can get a lot of benefits from the digital world. It is where everyone is equal and can be benefited; financially as well as non-financially without any hurdles. The only point necessary is the quality of the content.

At present, he has a number of clients; from everywhere in the world, and his revenue stream has been showing a steady incline. When asked about the effects of the contemporary environment when coronavirus is taking a heavy toll on the financial life of organizations, he said the situation is worse but the impact on the digital world is not beyond expectations.

People’s stay at home is enhancing the audience for the media channels, newspaper and digital media website.

Revenue stream may be affected but not to the extent one believes it has and in future, it is expected that this crisis may have impacts, he said. Advertisements have slowed and people and organizations buying power have gone down, but future prospects are encouraging especially with regard to increased viewership, he went to say.

Although the crisis in contemporary time has shattered every walk of life, this is going to stay here and scientists are working hard to tackle it. This will undoubtedly take time because such a virus has not already been tackled earlier.

Sadly countries like Pakistan have already been living in a vicious circle which has encircled it since its inception and the spread of the virus is causing havoc on the national economy. People are being unemployed and are in despair.

On the other side, there are youths like Naseeb Ullah; who from areas where facilities are rare commodities are still working; to keep the cycle of economic flow. It is over the state to make more arrangements for such youth; so that they could carry on generating revenue and remain part of successful stories; which are already very few, around us.