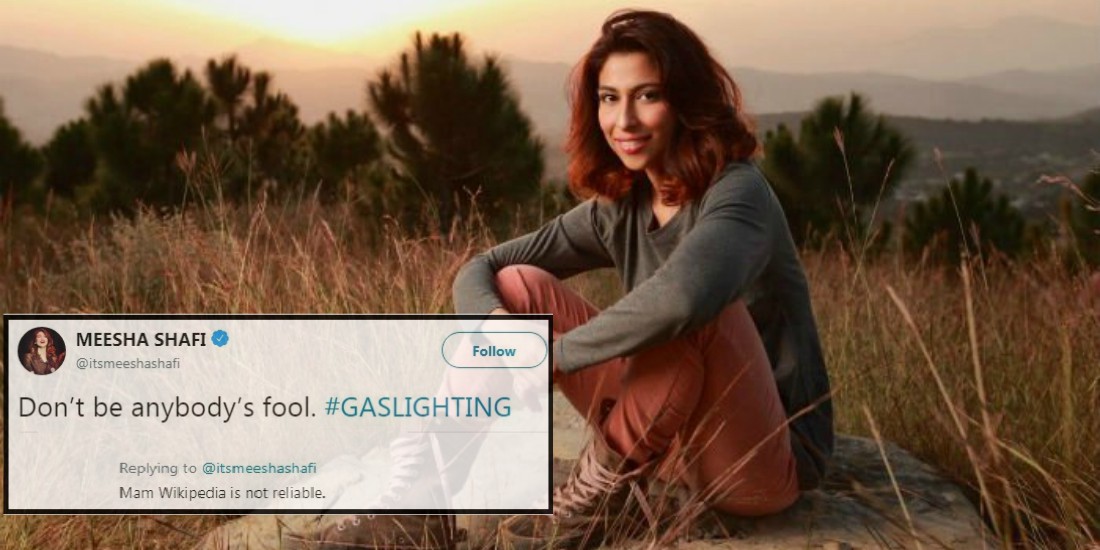 The controversy between Meesha Shafi and Ali Zafar is getting worse and nasty. With each passing day, a new thing comes up and Twitteratis start supporting their favorite celebrity on the basis of their own created logics.

Recently, another debate started over social media that Meesha Shafi has decided to leave Pakistan for Canada along with her husband and two kids and she has deleted her Facebook and Instagram accounts before leaving.

According to reports #MeeshaShafi along with her husband and two children is permanently moving to Canada. Previously, she also has deactivated her official Facebook and Instagram accounts. Hence proved = publicity stunt ??? #AliZafar pic.twitter.com/45RFHOFmSH

But then, these claims also proved to be rumors!

Rumours of Meesha Shafi moving to Canada are false ??‍♀️ ?? We contacted her legal representative Nighat Dad and she put rest to the news of her moving abroad #ETribune #ETLifestyle #TribuneLifestyle #Music #MeeshaShafi #MeToo #Canada #AliZafar

However, the female vocalist caught the eye once again with her latest impassioned tweet.

What Does This Term “Gaslighting” Mean?

According to Wikipedia (as Meesha quoted),

Gaslighting is a form of manipulation that seeks to sow seeds of doubt in a targeted individual or in members of a targeted group, hoping to make them question their own memory, perception, and sanity. Using persistent denial, misdirection, contradiction, and lying, it attempts to destabilize the target and delegitimize the target’s belief.

The usage of this term shows that Meesha is still holding her ground and proving Ali Zafar and his supporters wrong who are claiming that the controversy is all in her mind. However, this latest tweet has given the keyboard warriors another chance to support their idols.

Her Fans Are Still Supporting Her!

Mam Wikipedia is not reliable.

No sparing at all. Uh-uh

You seemed to be witless . Seriously you referring Wikipedia for definition.

Are You A Prognostic?

People Are Not Believing Her Side Of Tale

This controversy has not only divided the music lovers but the Pakistani industry also. Many are supporting Ali Zafar and claiming Meesha’s allegations as a publicity stunt. On the other hand, some are supporting Meesha and demanding visible efforts for justice. Many of the renowned celebrities are still silent on the Meesha-Ali controversy.

Let’s see what is coming next in the fiasco!

7 Most Haunted Places In Pakistan That You Must Avoid In The Future
Maryam Nawaz Embarrasses Herself By Forgetting her Speech in the Jalsa!
To Top