It’s Ramadan and many of us Muslims are diligently observing the holy month by fasting. We were eagerly waiting for the commencement of Ramadan just a few weeks before and are finally having it now. But, if you ask any Pakistani today how is there Ramadan going so far, they would definitely tell you that it has been a challenge. Yes, fasting these days has become quite a challenge for Pakistanis, courtesy of our electricity supply corporations. 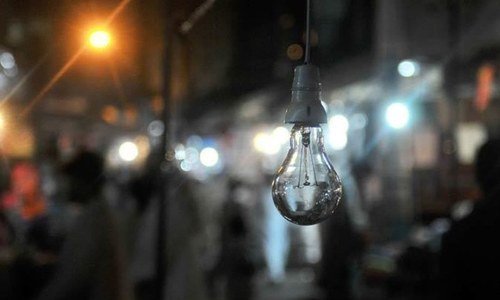 Just on the first Sehri, Karachiites reported extreme power outages. Blackouts engulfed the entire city and as usual, K-Electric became the ultimate stooge of criticism. Karachiites are not alone, however, because, in many other parts of Pakistan, the situation’s pretty relevant. In this hour, people have poured their reactions one after another. You can see the social media flooded with complaints after complaints. Not only people target the electricity supply corporations but certain politicians who have raised far-fetched claims and promises about wiping out load shedding from the entire country.

It was just another day when Maryam Nawaz decided to clear the dirt off her father and our Prime Minister by highlighting the work he’s done. All to no avail as she ends up getting the target of another issue.

If ever Pakistan made headway against all odds, be it economy or security, it is & has been under one man …. Nawaz Sharif ?? pic.twitter.com/JjkGScCjJ1

Now, Meera, who realized that the root of all is our leaders and politicians who continue to sing songs about wiping every issue this country deals with including power outages. She went full throttle, addressing Maryam Nawaz in the following tweet:

So, Meera takes the chance and does not remain silent on this matter. If you were thinking that our popular celebrities live the perfect life and do not have to resort to remote means and suffer from certain problems that a common man would, you are wrong.

Just like you, Meera was probably sweating like hell… But good of her that she raises her voice about such a dire issue. With that, let’s hope your electricity didn’t shut off and you managed to read the article till the end.