Meera Jee Denies the news of Competing Against Imran Khan and That's Upsetting! 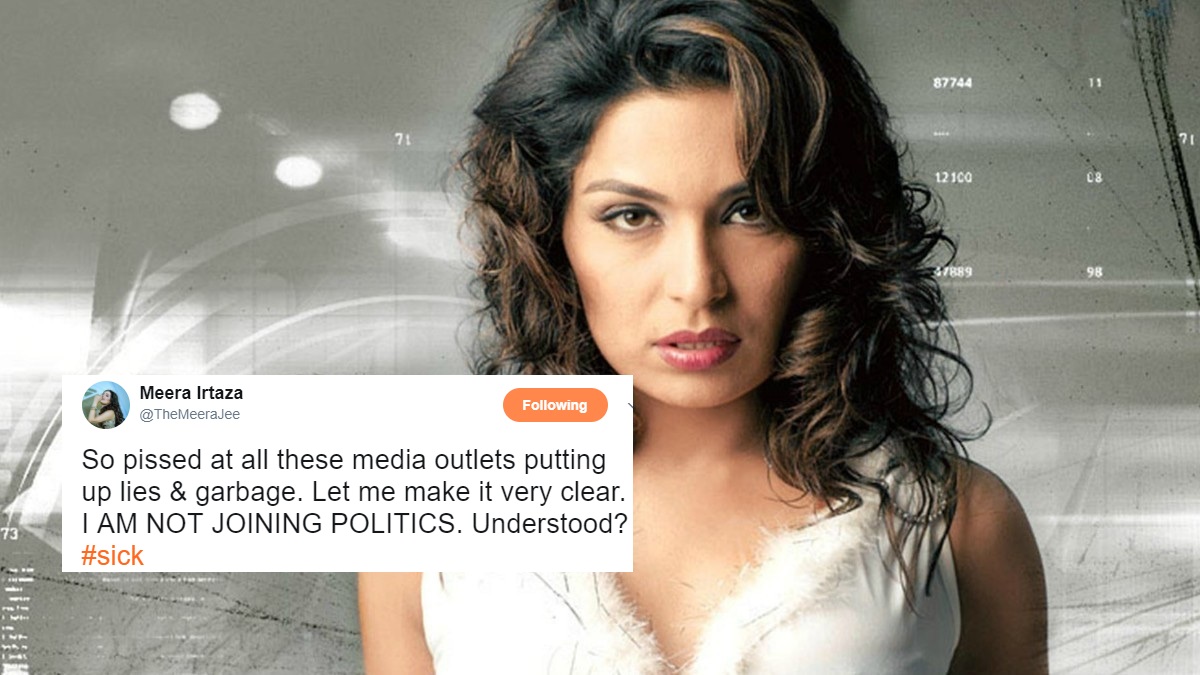 By now, you would’ve just made the mind of putting a stamp on Meera Jee’s symbol in the 2018 elections, right? The lady who has been taking the social media by storm lately has been courageous enough to speak her heart and mind out. Previously, she was seen bashing Prime Minister Nawaz Sharif and his daughter Maryam Nawaz.

What makes Meera jee’s comments more enticing is how she has never shown her political interest by putting forward her support for any party in particular. She just sits there and tweets whatever intolerant situation is happening in the country.

After being published in a number of local famous, yet verified publications, it was said that Meera jee told in an interview that she is interested in running against PTI Chairman Imran Khan for the upcoming elections. As per mentioned in the publications:

So Anyway, Meera Jee Took All these Articles, Named and Shamed them and Denied the news of her Joining Politics

So pissed at all these media outlets putting up lies & garbage. Let me make it very clear. I AM NOT JOINING POLITICS. Understood? #sick

.@DunyaNews & @The_Nation wat lies & garbage Is this journalism u dnt print news on hearsay sweetheart until u hear it from the horses mouth

And She Has Been Asking Publications to Take of their…Ehm, False Reports

While the news is false as said by the actress herself, imagine what would it be like if Meera jee actually ran for the elections. She’d have my vote though. Have always been her fan. <3

Karachiites Are Going Crazy after a Security Warning – Here’s How It Might Be Fake
Forget Cash and Cards; This App Is Totally Changing the Game of Making Payments in Pakistan
To Top