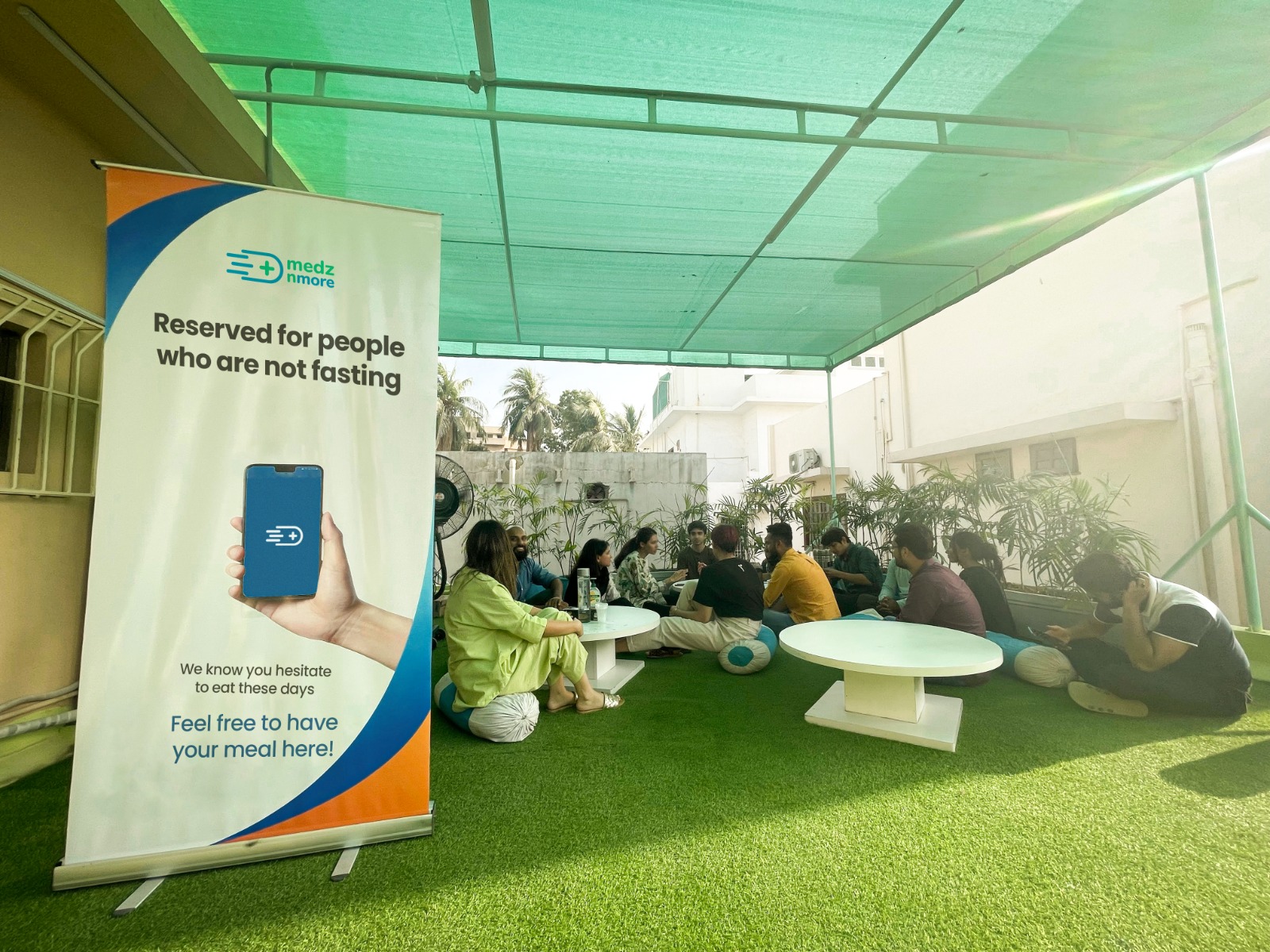 Every year when the month of Ramadan arrives, individuals nationwide prepare to abstain from consuming food and drinks, consequently restaurants and a majority of shops shut down during the daytime. In reality, there are many individuals who do not fast within Pakistan due to reasons that stem from religious or personal, yet they are still afraid to eat and drink in public since they are afraid of offending the majority fasting.

MEDZnMORE; the leading health-tech startup has launched a new initiative for the month of Ramadan in order to provide a safe space for all of its employees, regardless of whether they partake in fasting or not. They have set up a dedicated space on the office rooftop for employees who are not fasting to eat their lunch at ease.

The company recognises that there may be a myriad of personal or religious reasons that individuals may not fast and want to promote inclusion and diversity, not just in the office culture but in Pakistan as a whole. From religious minorities to people living with chronic illness there are many people across the country who do not partake in fasting, as well as women who are menstruating.

As a healthcare platform, the wellbeing of their employees is of utmost priority and this extends to mental and personal welfare. In order to highlight the commitment to employee wellbeing the company also recently launched a policy on menstrual leave for its female employees.

To continue this they launched a marketing campaign called SirfKhannayKaRozaNahi which is centered on how the spirit of Ramadan is more than just abstaining from food and drink but is about refraining from negativity such as judging others and being passive aggressive.

Additionally, the campaign is also centered on how fasting is about building our self control and tolerance. This still remains a taboo topic since women, minorities and people with chronic illnesses in the workforce face prejudice for eating and drinking during the month of Ramadan. By spearheading this campaign MEDZnMORE hopes to inspire more Pakistani companies to encourage office cohesion and understanding towards those who do not fast.

Benzema To The Rescue! – Real Madrid Through Champions League Semi-Finals
‘I said, No I Can’t Marry You Because You’re Sindhi’ – Nida Yasir Shares Her Personal & Professional Life Insights
To Top