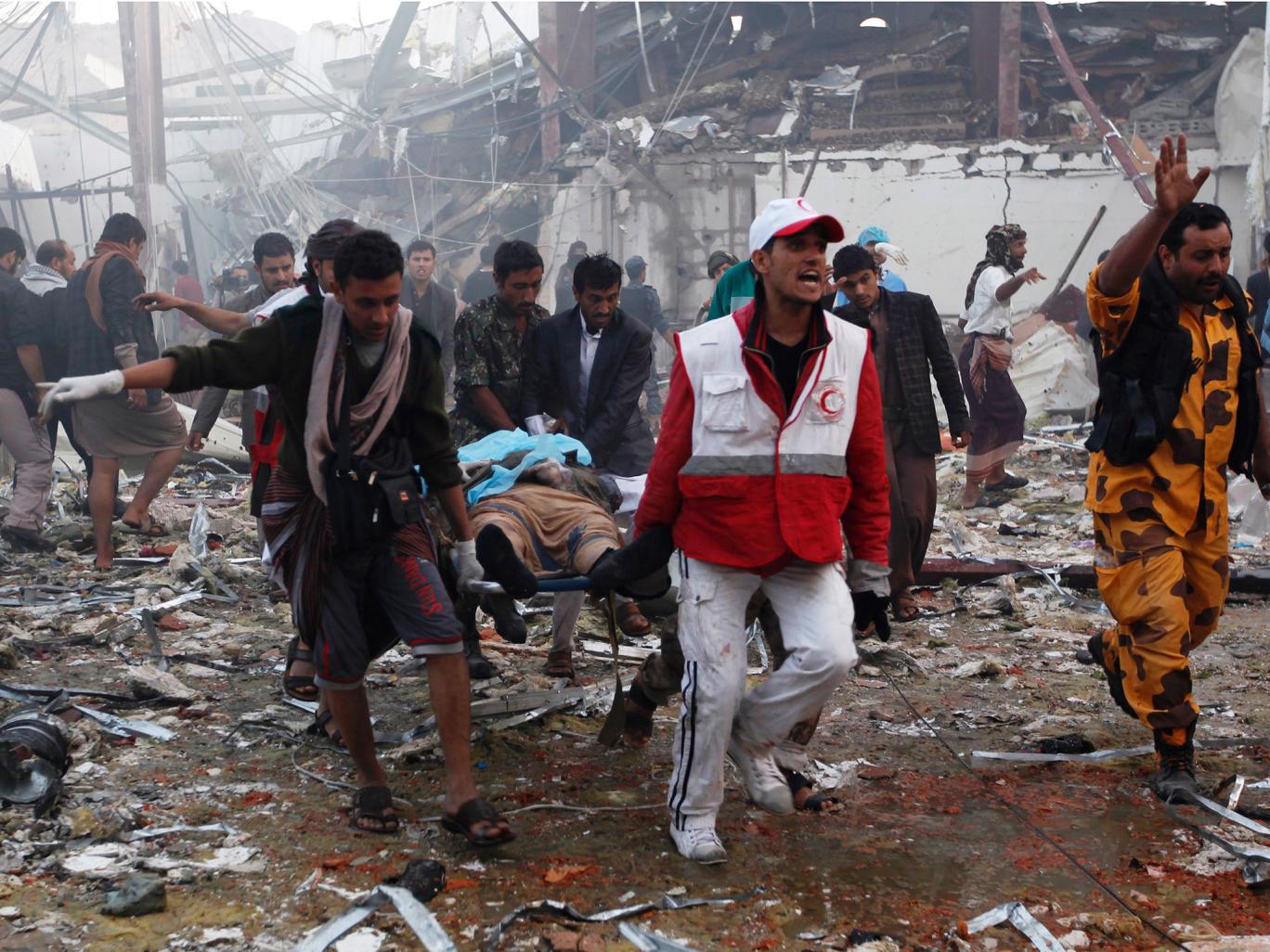 Cry for help around the world counties to emerge, but where is the media when we need them the most?

While American presidential elections are taking the news by storm, we hardly hear any plea for Yemen which is now suffering.

Just a few days ago, on Saturday, cries of help and shelter were raised as air strikes hit a funeral in Yemen. About 140 are reported to be killed while 525 have been wounded. A funeral was organized to mourn the death of the father of a rebel minister and that is how a large crowd had gathered to be a part of it.

A United Nations official stated that the Huthi rebels are claiming the attack was ordered by Saudi-led coalition forces. Although the coalition is under severe scrutiny for killing civilians in other events, it denied of any involvement in this recent event. The air strike is being reported as one of deadliest attacks ever since the coalition ordered a campaign against Huthi rebels in 2015. 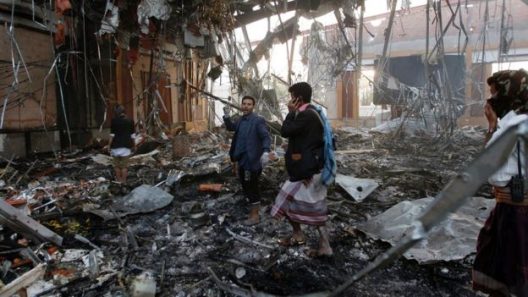 International communities, especially the United Nations, are extremely outraged by the event as aid workers demand an in-depth report of the incident and that the troublemakers are brought to justice.

Consequently, UN humanitarian coordinator for Yemen has ordered an investigation by saying that international community should aim to protect civilians at all cost.

Nevertheless, this is not the first time someone blamed the coalition for its involvement in civilian deaths. In September 2015, air strike killed about 130 people at a wedding in Mokha. In March 2016, another air strike killed 119 people at a market in the province of Hajja. 24 among them were children. The coalition denied of any involvement in all of these attacks, and so truth is yet to unfold. 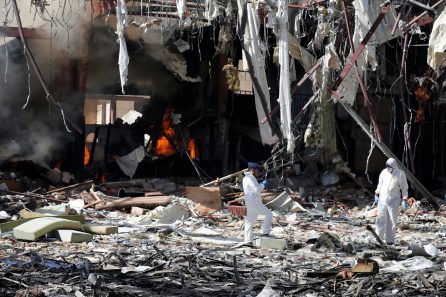 Emergency workers had to pull charred bodies from underneath debris while wounded had to have their limbs cut off for them to escape and survive. They had to be treated on spot by the rescuers. Saudi-led coalition constantly denies the attack was from its side and claims that considerations of attack from other sides should also be made. In addition to that, it is confirmed that the mayor of Sanaa has fallen victim to the air strike. 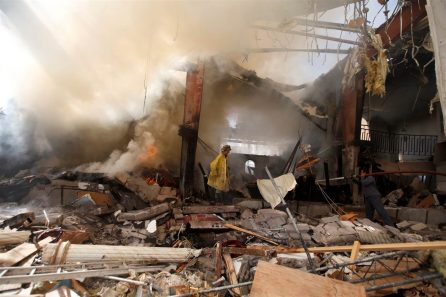 For us the matter at hand is of silence. A lot of activity is going on in the gulf region, yet there seems to be no real news coverage being done. On the other hand, if the same media sees something that would get a lot of rating, that news is suddenly the highlight of the day. Palestine, Yemen, Syria, and Iraq all deserve to have their voices heard as they fall to an alleged propaganda.

Humanity Dies As A Kid Beggar Is Pictured Sleeping Outside A Luxury Pan Shop In Karachi
Is Taher Shah Actually Releasing A New Song Named “Mermaid”? We doubt it!
To Top