On numerous occasions, Pakistanis have advocated how the international media shows a blind eye when it comes to the events which are currently happening in the world, with one being the tragedies in Syria. However, it seems that even the local media is in the same boat, given how a horrible recent tragedy which went unnoticed. While the government corruption deserves every right to be flooding the news channels, who will shed light on the matters which happen in the private sector? 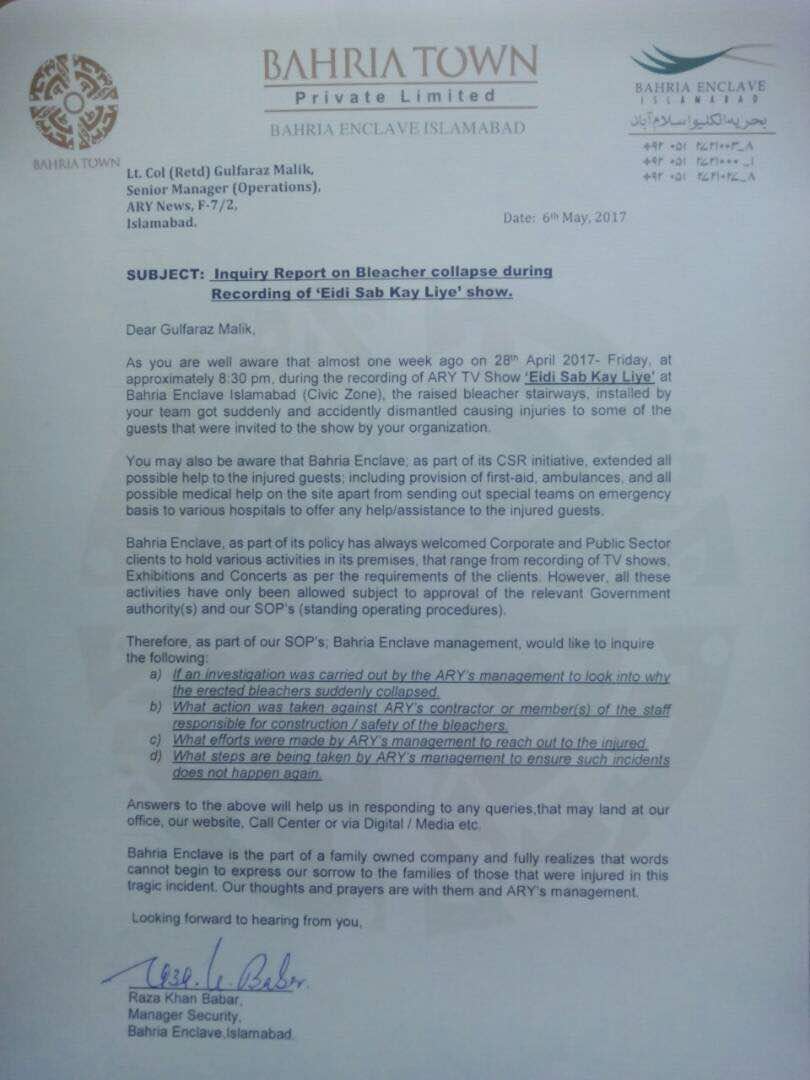 In a show called Eidi Sab Kay Liye organized by ARY Zindagy, due to poor management and lack of sturdy material, the stage collapsed. According to the sources, there were many in the audience who mentioned to management how the sitting arrangement is shaky and didn’t seem strong enough to withhold the weight. However, the management ignored and thus, led to this horrible event which caused a lot of human damage. 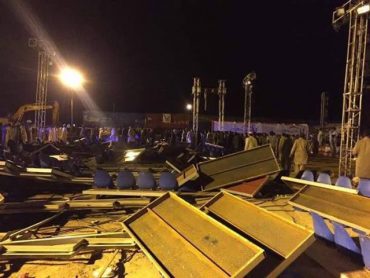 Collapsing from the height of almost 2 and a half floors, the damage caused to the audience is immense.

As per various public figures and other media outlets, due to the agreements between ARY and Bahria Town, this incident went unnoticed and neither of the two parties has made any statement regarding the horrible event.

Still no verified news on media about bahria enclave incident. People reporting even deaths… how incredibly dishonest is that of media?

So, who is to blamed for this horrible incident? Who should be held accountable? The management failed to provide proper arrangements and risked the lives of hundreds. And when the stage collapsed, they didn’t provide help and support to the injured. The horrifying incident that took away so many lives, is anyone ever going to cover it. What’s our media doing? What role do they have here?

While the media and other associated authorities failed to report, it surely proves how in another time of need, we failed as a nation.

4 Handy Items To Gift Instead Of Those Magic Snow Crystal Pieces
This Amazing Story-Teller Tells The Tale Of Fairies, Jinns And Jheel Saif-ul-Mulook
To Top