“Women, like other segments of society, have a right to peacefully protest and demand their rights already enshrined in our Constitution,” Mazari said on Twitter.

Strongly condemn those political ldrs calling on ppl to forcibly stop #AuratMarch. Women like other segments of society have a right to peacefully protest & demand their rights already enshrined in our constitution.

Moreover, Bakhtawar also wrote on Twitter, “I wholeheartedly support AuratMarch2020. Voices should be heard, issues should be discussed and rights should be protected”.

I wholeheartedly support #AuratMarch2020. Voices should be heard, issues should be discussed, and rights should be protected. Any act of suppression will only make our voices louder and stronger. And for anyone who thinks otherwise #ThankyouNext

Like every year, this year too the Aurat March has been scheduled on March 8 [women’s day]. Prior to that, the PPP had termed threats made against the March 8 rally as ‘unwarranted, uncalled for and totally unacceptable’. 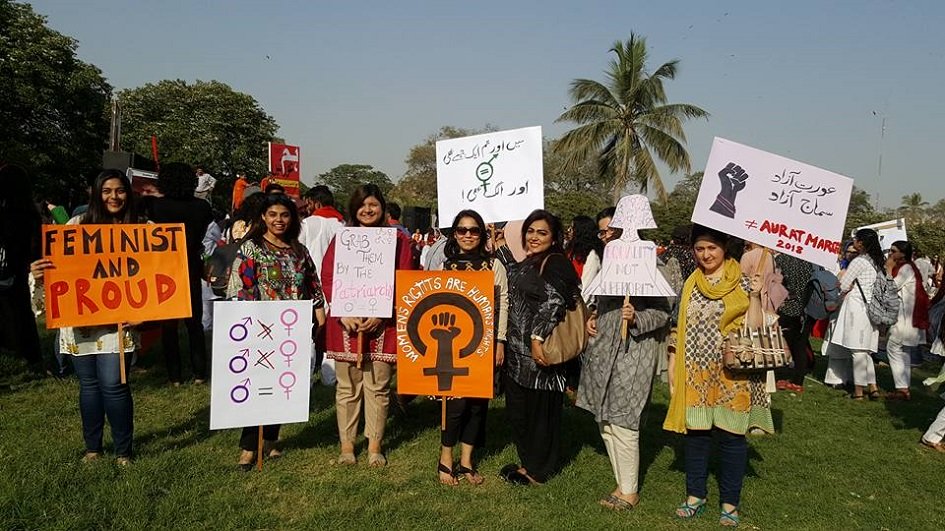 PPP Secretary-General and former senator, Farhatullah Babar said, “It [is] unfortunate that even some of those who claimed to uphold the supremacy of the Constitution were talking about using force to deny the right to women to peaceful assembly, peaceful protest and freedom of expression”.

Furthermore, Six women activists approached the Lahore High Court on Monday with a request to ‘regulate’ forthcoming Aurat March. They also seek to ensure the implementation of Citizen Protection (Against Online Harm) Rules, 2020.

Moreover, the highly-anticipated Aurat March 2020 has caused quite some uproar among the masses. More than one petitions filed in provincial high courts requesting a ban on the event for being ‘anti-state’ and ‘un-Islamic’. However, in reply to one of the petitions, LHC Chief Justice Mamoon Rashid Sheikh said that no ban can be imposed on the freedom of expression.

Another petition has been filed by a group of women who said that the concept being spread through the Aurat March is fully opposite to teachings of Islam and culture of the country. They said main motive of the march was to create lawlessness and vulgarity in the society.

Furthermore, over the past two years, the Aurat march has turned into a massive resistance movement against the patriarchal structures of society. It also results in a strong backlash against the participants and organizers of the march. They were labelled as ‘cheap women’ and ‘Western agents’ who want to damage the culture of Pakistan. Some men even threatened them with rape.

PPP Secretary-General has said that they have made all the necessary arrangements to provide security to the participants in Sindh.