Maya Ali came as a guest in the Har Lamha Purjosh show hosted by Waseem Badami and the talk got a little too heated. Starting from the early career days it ascended till Maya Ali’s opinion on item numbers!

The interview started with Badami introducing the actress and suffering from a slip-up when he mentioned that Maya received success overnight. To which he clarifies and sweeps the mess by adding that she worked for her fame and that he respects her struggles.

As Maya Ali got the opportunity to speak, she jokingly addresses the mistake by saying that her fame did not happen overnight. She struggled for about nine years for her to reach the spotlight. Then, the interview proceeds towards asking her about her early life. Badami mentions that the beginning of her journey started when she applied for an internship at City42. Moreover, it seems that she went for that place to gain marks for an exam in her university years. However, she got hooked into the entertainment industry, and along the conversation she remembers her father being dissatisfied with her choice. 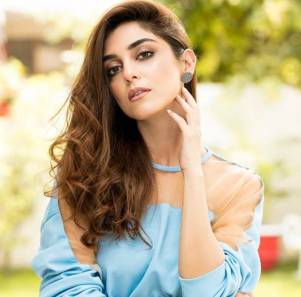 She also talks about Parey Hut Love by saying, “We see a lot of comedy or action films but after so many years, we will get to see a classic romantic film”

After the initial briefing, the interview heads towards a more controversial direction. Suddenly, Badami brings in the topic of ‘item numbers’. Maya Ali’s reply on item songs then started the heated debate, “When you go to watch a film, you want to be entertained. You spent 500 or 300 rupees just to be entertained. And these songs are entertaining you”

However, Badami doesn’t seem to backtrack. He asks her whether it is justifiable to use the term ‘item number’. Maya addresses that people can call it whatever they wish. It is a term that originated from India, she agrees. And that now even in older Pakistani movies, item numbers make you want to dance. In the end, she claims that they are just songs. Furthermore, these songs are just used for commercial value and for entertainment without any connection to the story. Now, here comes in another tricky question by the host. He said, “Should limits be crossed for this entertainment?” 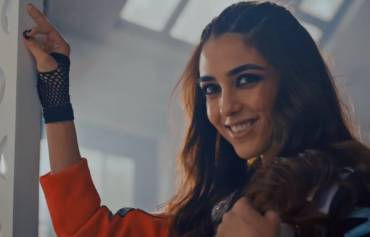 Maya answers the question again with the same determination, “Wasim when you go somewhere, you do guest appearances right? These songs are guest appearance!” but he does not seem to be convinced and asks again whether decency should be compromised.

The item number discussion throughout media started after Hamza Ali Abbasi called out a 16-year old for dancing to such songs. He apologized to the girl and wished Pakistan would stop incorporating such ideas within its movies. Whereas, Shehryar Munawar seems to agree with Maya.

After watching the video of Abbasi, she once again mentions, “Everyone sees things differently. My opinion is that films should be interesting. And for me, these are just songs”

Lastly, she tops it all off by giving a familiar example. She said that Pakistani’s tend to dance to the same songs at weddings yet no one questions the decency. So, for her work is work and she agrees that the item numbers are not indecent.

What do you think of the situation? Do you agree with Maya Ali’s idea of item numbers? Share your thoughts!

Saba Qamar Is Proud Of Her Role In Baaghi And Is Utilizing Her Platform For Serious Issues!
20 Major Achievements Of PM Imran Khan And PTI In Their First 10 Months Of Governing Pakistan!
To Top