Mawra Hocane loves interacting with Bollywood celebrities. Her crush on Bollywood’s Ganglu Ranbir Kapoor is something she never hides. After making her debut in the Indian industry last year with Sanam Teri Kasam (which sadly didn’t do really well), Mawra continues to strengthen her ties with the bigwigs present in Bollywood.

Regardless of how even talking about Pakistani celebrities creates an uproar in the country, it seems the tension between the two nations is finally reducing – not politically but based on the entertainment perspective. 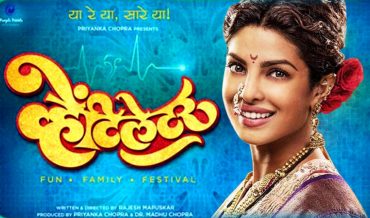 Thank you @MawraHocane you’re too kind to me. Much love baby ❤️ https://t.co/QKawz6f4QG

Mawra shared much love and acknowledge the work of the Indian actress in this tweet:

And Sonam showed equal love in her reply to Mawra!

So so sweet mawra!! Lots of love and gratitude! https://t.co/W7379hQgnK

It is lovely to see how entertainers of both countries who are said to be arch rivals keep the political chaos aside and show their feelings in complete honesty. Despite the ban on Pakistani entertainers working in India, how these celebrities continue interacting with each other proves how love can beat hatred!

Meet Tahira Muhammed, The 17-Year Old Set Out To Be A Software Engineer In Swat
Kevin Pietersen Had A Very Befitting Reply To Ravi Regarding His PSL Experience
To Top