Social media famed cleric Nasir Madni in a recent press conference said that some people brutally beat him for making a YouTube video on coronavirus. He held a press conference where he said he was abducted and tortured for his viral video.

Addressing a press conference, the cleric said he made a video on coronavirus a couple of days ago. After that, he received an unknown WhatsApp call and the caller asked him to go to Kharian, a city in Gujrat district, for a prayer ceremony.

Later, when he was on his way to Kharian, unidentified armed men kidnapped him and beat him up severely. He said, “They stripped me naked and made my video.”

Madni showed marks on his body

Moreover, Madni came to the Lahore Press Club shortly after the incident and showed marks of beating on his body to media personnel. He claimed that they stripped him, tortured with iron pipes and batons, videotaped and forced to sign blank papers. They let him free after threatening to keep quiet or face blackmail. 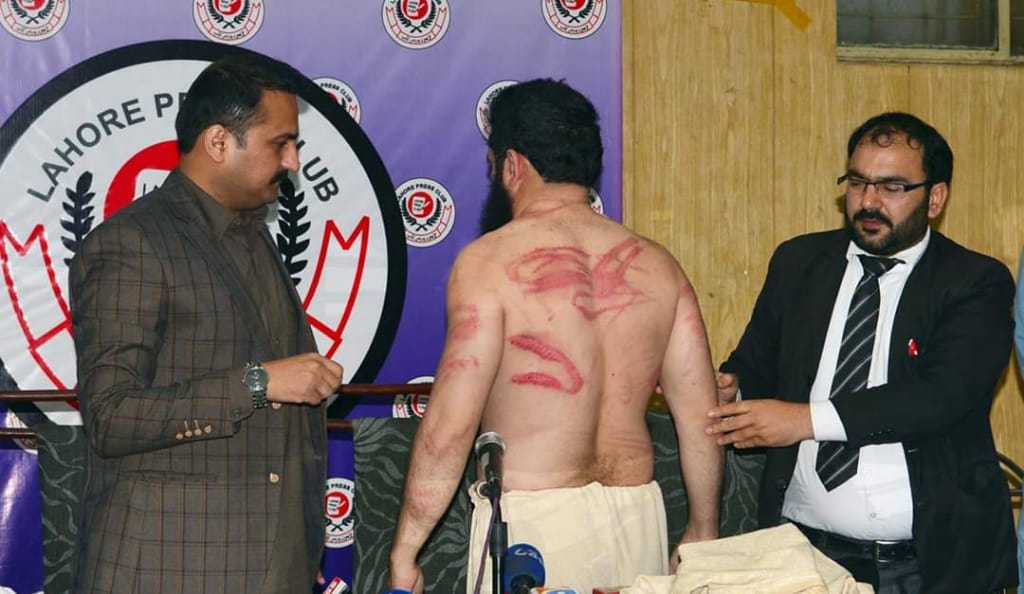 He said the captors forced him to share password of his YouTube channel and snatched his mobile phone. Madni said that the captors referred to his ‘anti-govt speeches’ and about his criticism on the fast spread of coronavirus in the country.

Madni further revealed that the culprits also shot footage when he was naked. They even threatened that if he went to media they would upload these videos on his social media channels.

He also said he had been receiving threats by unknown callers from past few days. His video message criticising the huge increase in Hajj expenditures and a video on coronavirus led him into this state. He also revealed that he had lodged a complaint with the police for providing security which he was still awaited.

“Nobody can dare to speak the truth in this country. I have realized it after this incident. None will even dare to say the truth,” he said.

People are condemning the act of violence

He has now become one of a top trend on Twitter. People are condemning this act of brutality on him. There are also reports that the Punjab government has arrested the culprits involved in the incident. However, no official announcement has been made yet.

Very shameful act. Nasir madni is such a humble scholar, he never made hateful speeches and now its time to investigate phonkon wali sarkar #NasirMadni

Though I'm not a Fan of #NasirMadni, But I Strongly Condemn this Act of Brutality on Him.#NasirMadni pic.twitter.com/PFpEhGglWV

Nasir Madni though is also a faith merchant but he is attacked by a fake peer phoonko wali sarkar is barbarism. A law should be made to bring faith mafia both Molvi and peers to justice who are looting ppl in the name of religion and Peeri mureedi. #NasirMadni