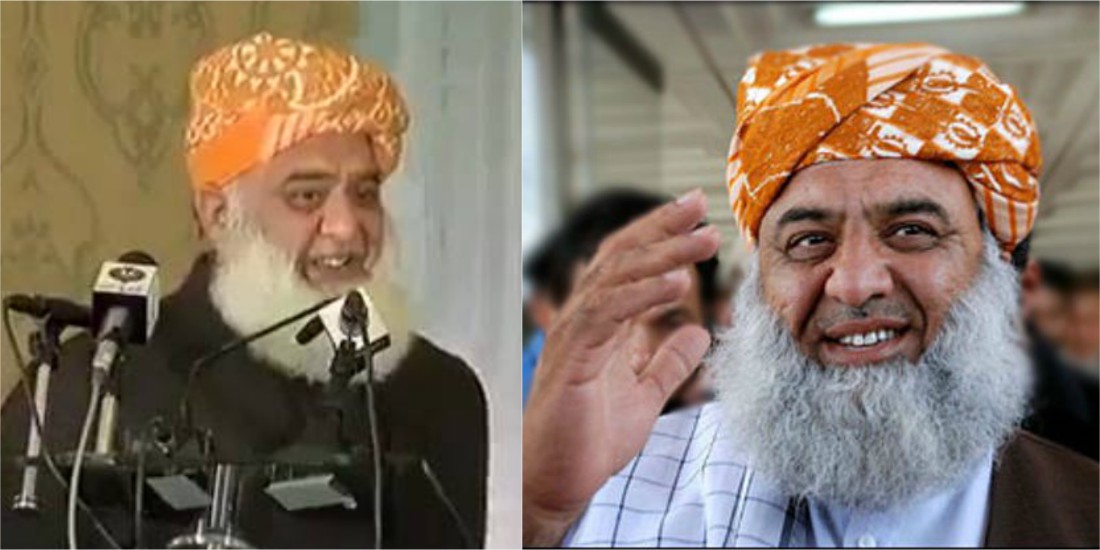 Maulana Fazl ur Rehman heads his own faction of the Jamiat Ulema-i-Islam, a party which was initially headed by his father Maulana Mufti Mahmoud, a religious scholar and political leader who was the chief minister of NWFP (now Khyber Pakhtunkhwa) in the 1970s.

Maulana Fazal ur Rehman is unarguably one of the most disliked politicians in the whole except his followers. One could say that statistically by looking at the history of the party and followership. His latest stunt in which he has stolen the show by capturing the social media headlines, where he is claiming to have a conversation on phone with Hazrat Adam (a.s).

In the video, he tells his followers how he saw in his dream that he was talking to Hazrat Adam (as) and when he asked Fazul ur Rehman, what do you want? Rehman replied: “Peace”

The reactions to this video are hilarious…

According to Fazal ur Rehman, Hazrat Adam (AS) called him and the two had a heartfelt chat which lasted for several minutes. Since it is always fun to have him on the stage, he never fails to amuse people in general. His followers love him for that and others get entertained. Fazal ur Rehman, also referred to as “Diesel” as his fans would recognize, and for his very famous “ijtamai” eating. We mean eating for the whole year at one time. Don’t trust us? try your luck on google and see him munching on those siri payes.

Waiting for his next address since he contributes a lot to the fulfillment of social media’s entertainment section. Moulana+stgae+his dreams= Ultimate fun.

Still Skeptical About Watching Parchi? Here Is Why You Should Not Miss it Out!
Farhan Ali Waris – The Voice That Takes Listeners On A Beautiful Spiritual Journey
To Top