Pakistan was being run by politicians and rulers that were unqualified and on top of it all lacked a proper educational background. Unfortunately, ‘sifarishi’ system prevailed in every institute and department of Pakistan whether government, educational or any other. The people heading and leading barely managed to complete high school while some acquired fake degrees of reputable institutes.

What’s worse is that not only did these corrupt people played with the well-being of Pakistan but didn’t even spare the hardworking students who are paying fortunes to these universities in hopes of a brighter future ahead. Most of the departments are being taught by lecturers that don’t know how to teach and act more like thugs than dignified professors who are masters of their subjects with years of experience behind them. This leads to students suffering from extreme stress and depression often leading them to commit suicide.

Special Assistant to Chief Minister: Youth Affairs, Sports – MPA Malik Umar Farooq Is A Matric Fail Who Was A Guest Of Honor Of An Award Distributing Ceremony. 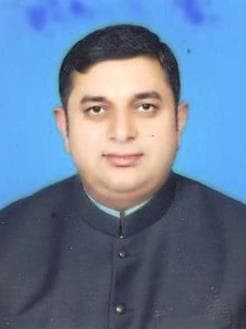 The irony here makes our heads bow down in disappointment. Considering a matric fail is asked to award Matric position holders with degrees and medals. He is reported by the sources to have failed in his Matriculation due to his absence in the exams. Umar Farooq is affiliated to the Pakistan Tehreek-e-Insaf party, which is another factor that raises questions.

Considering the high hopes attached with PTI and Imran Khan, we hope this fault will be acknowledged and rectified. The educated, the qualified and people with relevant experience are sitting at homes jobless while these ‘parchis’ are given significant positions and authority to handle affairs that play an important part in deciding the fate of this country.

It’s high time our educational systems are cleansed, re-structured and practice merit in every aspect; especially when hiring lecturers that bear one of the biggest most vital responsibility; that is educating future generations of Pakistan.

Sadly, the very roots of this country need to be plucked out; since corruption, indifference, and dishonesty has seeped in too deep.