Pakistani women have proven to make groundbreaking achievements locally and internationally despite the countless challenges and obstacles they face in their journey of achieving their goals. These women come from all walks of life and their passion, smarts, hard work, and determination are astounding.

Masooma Rajput hailing from Balochistan made history by becoming the first female to ever pursue a Master’s degree in Cancer Biology and that too from a prestigious university in Germany. Although Balochistan is a province that is quite deprived of several opportunities including academic and professional, that didn’t hinder Masooma in her efforts towards creating a better future for herself. 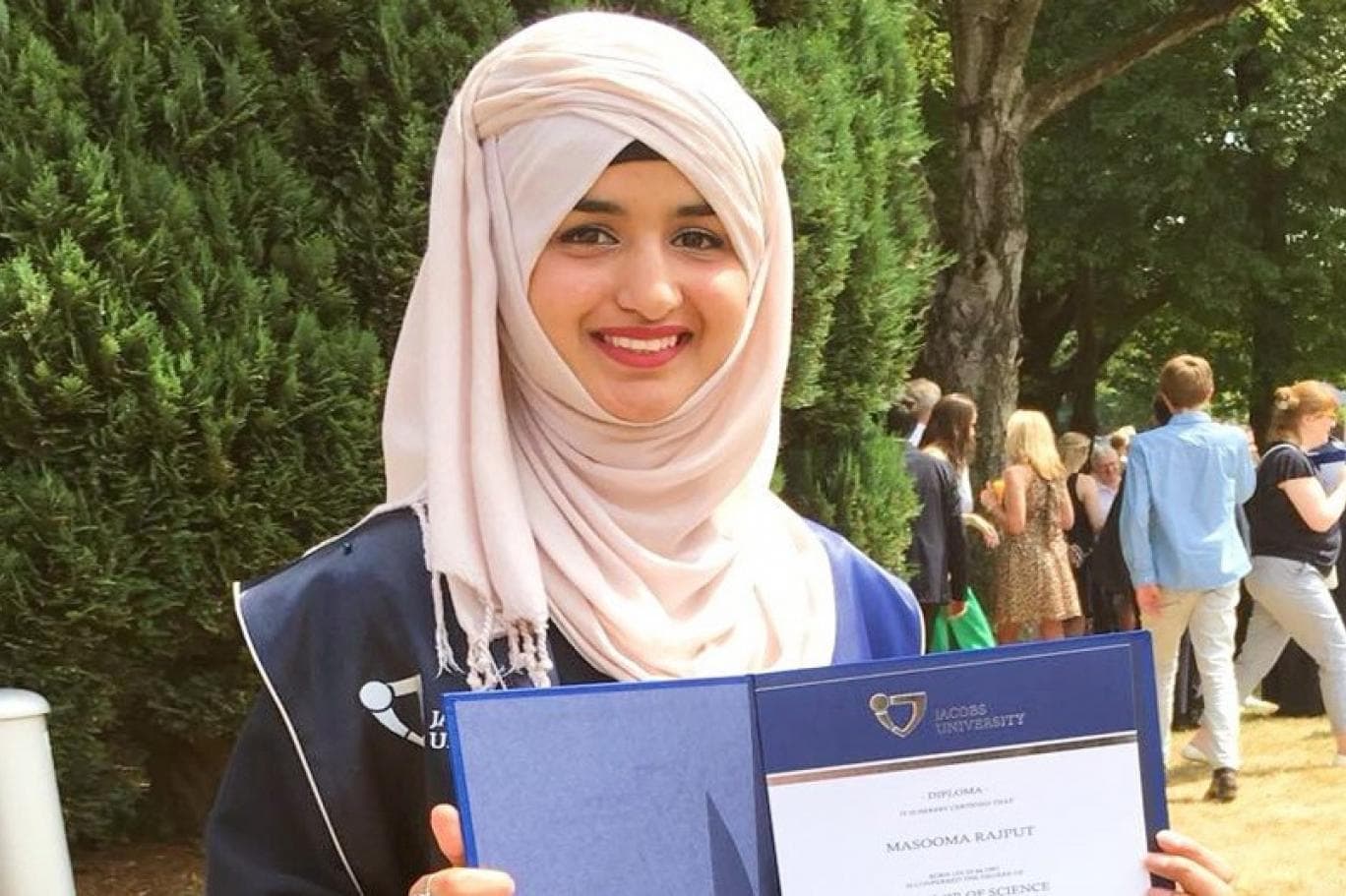 While talking to a news publication, Masooma shared the problems she faced being a Pakistani woman belonging from a conservative society. She told that she received her fair share of criticism but her parents and close relatives were very supportive of her dreams and stood by her side.

Masooma was also awarded an internship in cancer research at Harvard University. Currently, she is pursuing Masters in Heidelberg Institute of cancer research Germany. Previously, she completed her bachelors on an awarded scholarship from Germany.

Talking about her academic achievements, Masooma said, “My academic journey was normal. Not extraordinary. But I was passionate to do something unconventional. I took more subjects in my O and A levels to keep my options open”. Furthermore, she talked about taking on more subjects in O levels than the usual requirements in order to have better options. She added, “I chose biochemistry in O levels. You are required to choose eight subjects in O levels but I took eighteen and scored A grade in fourteen of them. Likewise, you are required to choose three subjects in A levels but I chose seven and scored A grade in six of them”

Masooma has set the bar high for every girl out there and showed that focus, determination, and passion can take you far in life. Belonging from Balochistan didn’t stop Masooma to pave her own way to success. Cancer Biology is an unconventional field that normally isn’t taken on in Pakistan. So, this bright young lady has definitely become the first ever female from Balochistan province to pursue one.

Iqra Aziz Finally Opened Up About The “Chummi Proposal” And Woah, The Criticism Seems Real!
After Indian Cricket Team, This Indian Guy Embarrassed His Country By Making A Fool Out Of Himself And It Is Hilarious!
To Top