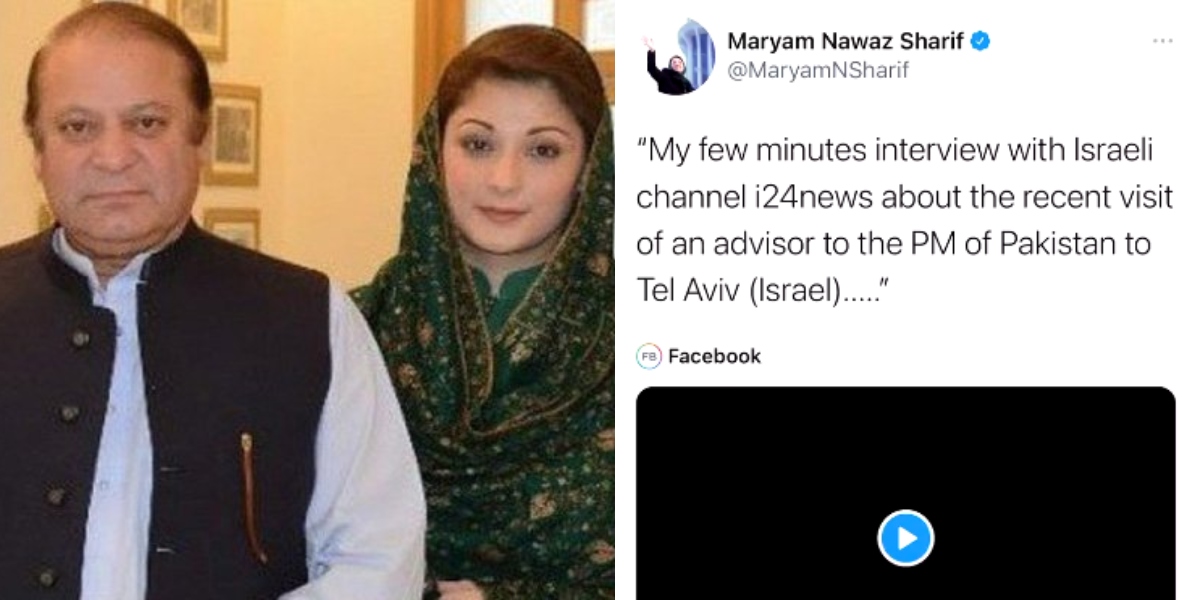 The leader of Pakistan Muslim League Nawaz (PML-N) Maryam Nawaz faced severe backlash on Twitter for sharing a tweet and later deleting the post regarding delegates sent to Israel by Nawaz Sharif.

A few days earlier, Dahri had alleged that PM Imran Khan sent a Pakistani diplomat to Israel in November 2020 for improving relations with Israel. He said that very PM’s adviser lives in the UK and has close relations with the Trump administration.

However, PM’s focal person on social media Dr. Arsalan Khalid has denied the claims by Dahiri as fake.

During the interview, Dahri elaborated on his claims that a Pakistani diplomat visited Israel in November. He also mentioned Maryam’s father and former PM Nawaz sending two Pakistani delegates for meetings with Israeli diplomats. Maryam, without the bombshell revelation, retweeted Dahri’s interview in a bit to target the government. But, she soon had to delete it.

Netizens express their shock at Nawaz Sharif lobbying against Pakistan

Pakistani social media users were shocked when they saw Dahri claiming himself that Nawaz sent delegates to meet Israel officials, Twitteratis bashed Maryam for tweeting and then deleting the post. They bashed Maryam and her father for lobbing with Israel against their own country.

It is indeed unfortunate to see Nawaz allegedly creating conspiracies against Pakistan. Maryam is yet to make a comment on her U-turn or to explain the video, which she must.

There have been rumors in the international media that Pakistan is under pressure to normalize its relations with Israel. However, Pakistani government led by PM Imran Khan has consistently rejected the reports. He has said that news related to the normalization of ties with Israel as baseless many times in the past.

The premier has also said that even if there is pressure from other foreign countries, Pakistan will not bow to it.

PM Khan has also made it clear that unless a just settlement of the Palestine issue is found, Pakistan cannot recognize Israel.