Maryam Aurangzeb Calling Nawaz Sharif 'Nailaik' And 'Selected' Has Everyone In Fits!

Marriyum Aurangzeb who is a Nawaz Sharif loyalist is one of the front runners in every campaign held in support of N-league’s Quaid. She has shed tears and has raised her voice countless times for the jailed former premier of Pakistan. Her loyalty to Maryam Nawaz and her father is admirable, to say the least. 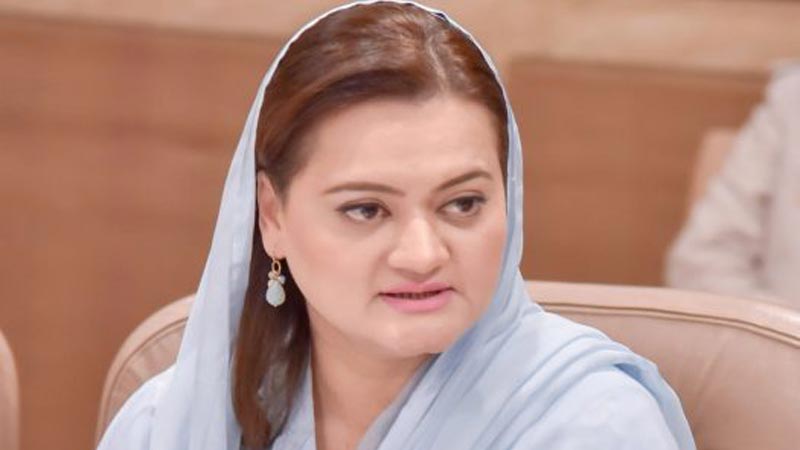 However, it seems that the pressure her party is facing has gotten to her. Recently, she was addressing a presser right outside the accountability court in Lahore where she made a statement that has confused everyone.

It seems that on this particular day, her mind to tongue coordination didn’t perform well and she ended up blurting the wrong sentence that included derogatory words like “un-intelligent”, “narrow-minded” and “in-eligible” for Nawaz Sharif.

Here’s the snippet of Marriyum Aurangzeb’s slip of the tongue.

What’s fascinating is that no one in the background so much so flinched at her statement and let her continue on. This doesn’t look great for a party that is already in deep-waters. PMLN supporters are defending this blunder as a mere ‘slip of the tongue’. However, she must be extremely exhausted to get an entire statement wrong.

Pakistanis are having a field day as PMLN’s most-used word to define Imran Khan was ‘Selected’ and their entire narrative is built around the fact that Imran was not an elected leader by the people of Pakistan but was chosen to become the next prime minister of Pakistan. So, Marriyum Aurangzeb calling Nawaz Sharif selected and ‘nailaik‘ is extremely shocking and hilarious at the same time.

PMLN is facing a major crisis as most of its leaders have been jailed over several cases, mostly involving major corruption. Now, the remaining workers continue to shout slogans and hold press conferences to talk about the injustice that the incumbent government and NAB is committing against them and their Quaid.

Pakistanis cannot let this go and resort to making fun.

Point well raised. This was by far the worst tongue slip. How can one so confidently go on for a few seconds saying the worst about their own leader?

Why is Maryam Aurangzeb maligning #NawazSharif ?

How will #PMLN defend this as a “tongue slip”, if they never accepted tongue slips of #ImranKhan like that of Japan,Germany sharing borders? https://t.co/qxTBiwUQEv

Some are under the impression that the party workers want to get rid of Nawaz Sharif and Maryam Nawaz; this spectacle was just Aurangzeb’s real thoughts that she blurted out?

Another PTI agent spotted and it turned out to be the notorious Maryam Aurangzeb.

Pakistani politics is as funny as it is dirty. Maryam surely has spoken the truth for the first time pertaining to Nawaz Sharif.

For the first time in her life, she spoke truthfully and with full honestly. Well done Maryam Aurangzeb.

Those were some pretty harsh words coming from Maryam for someone she has served for so long. Yikes!

Truth is revealed from his own party member so NS should accept his titles given by Maryam aurangzeb 😂😂.

Maryam’s expressions after the blunder show her regretting what came out of her mouth. But, she definitely made it to the headlines as the most dedicated worker who insulted her own leader. That has a nice funny ring to it. The political scenario looks like a large group of opposition leaders knocking a door that will never open for them; their efforts to bring Imran’s government down are futile. They seem tired and confused. It would be better for Nawaz Sharif to bring back the looted money to exchange his freedom.

PM Imran Khan Assures The Nation That Kashmir Issue Is Going To Solve Soon!
Nestlé’s Expansion Of Its Sheikhupura Factory Is A Great Sign For The Future Of Investments In Pakistan!
To Top