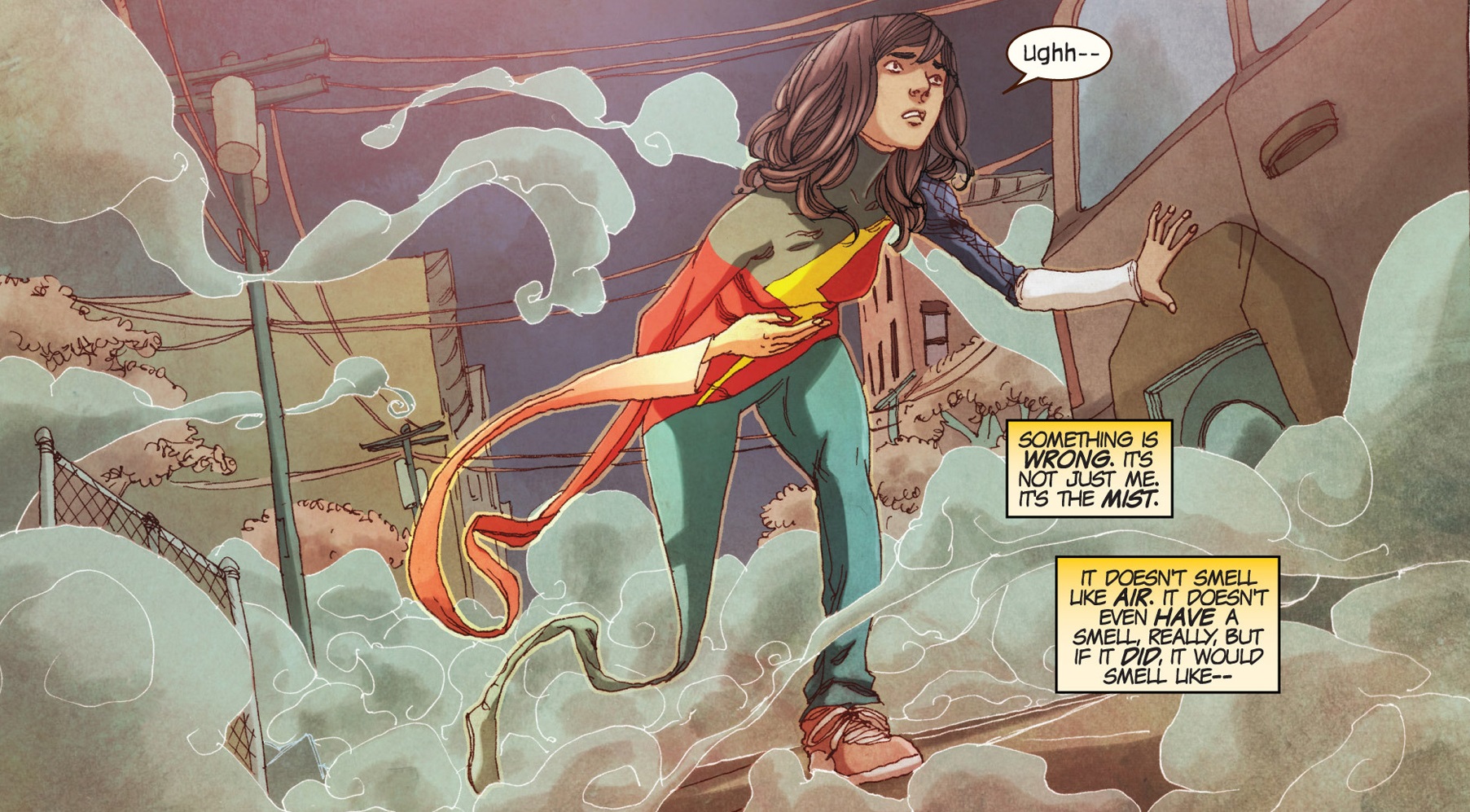 By now, everyone knows of Marvel’s first Pakistani Muslim superhero, Ms. Marvel, and how the incredibly cool character was introduced two years back into the Marvel Universe. Love comics or hate them, you cannot deny that little burst of excitement you felt when you first heard the news. 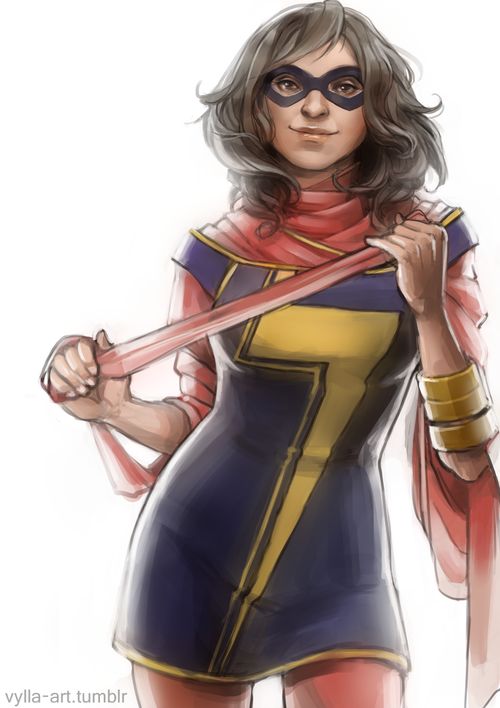 Finally, finally, there would be a superhero who was our namesake, who spoke our language, and who was – to put it simply – one of us. It was a moment of pride for desis everywhere, and the comic has since gained some of the largest followings in the Marvel Universe.

She’s a superhero not representing the ideal, but the real, and is plagued by all the typical desi problems one has (cue social drama from your fam), all whilst wearing a dupatta and it. IS. AWESOME.

Thanks to the epic writer of the comic, G. Willow Wilson, the series even won a Hugo award in 2015 for the best graphic story of the year, but it seems like the award will be up for Ms. Marvel’s grabs again, considering their newest story line is out-of-the-park phenomenal.

I cannot gush over this version of Ms. Marvel enough #kamalakhan. Happy to be reading this one w my daughter. https://t.co/c6x6aJqQg0

Tracing back to Kamala Khan (Ms. Marvel)’s Pakistani ancestry, it was only inevitable that her origin story would include details about her past; her birthplace, culture, and family.

In what sets the mood for an emotional backstory to follow, a few pages of the graphic novel about Kamala’s grandparents during the time of India and Pakistan’s Partition were released.

The pages discuss sectarian violence, cultural identities, and the blatant fear people felt at the time of the Partition. 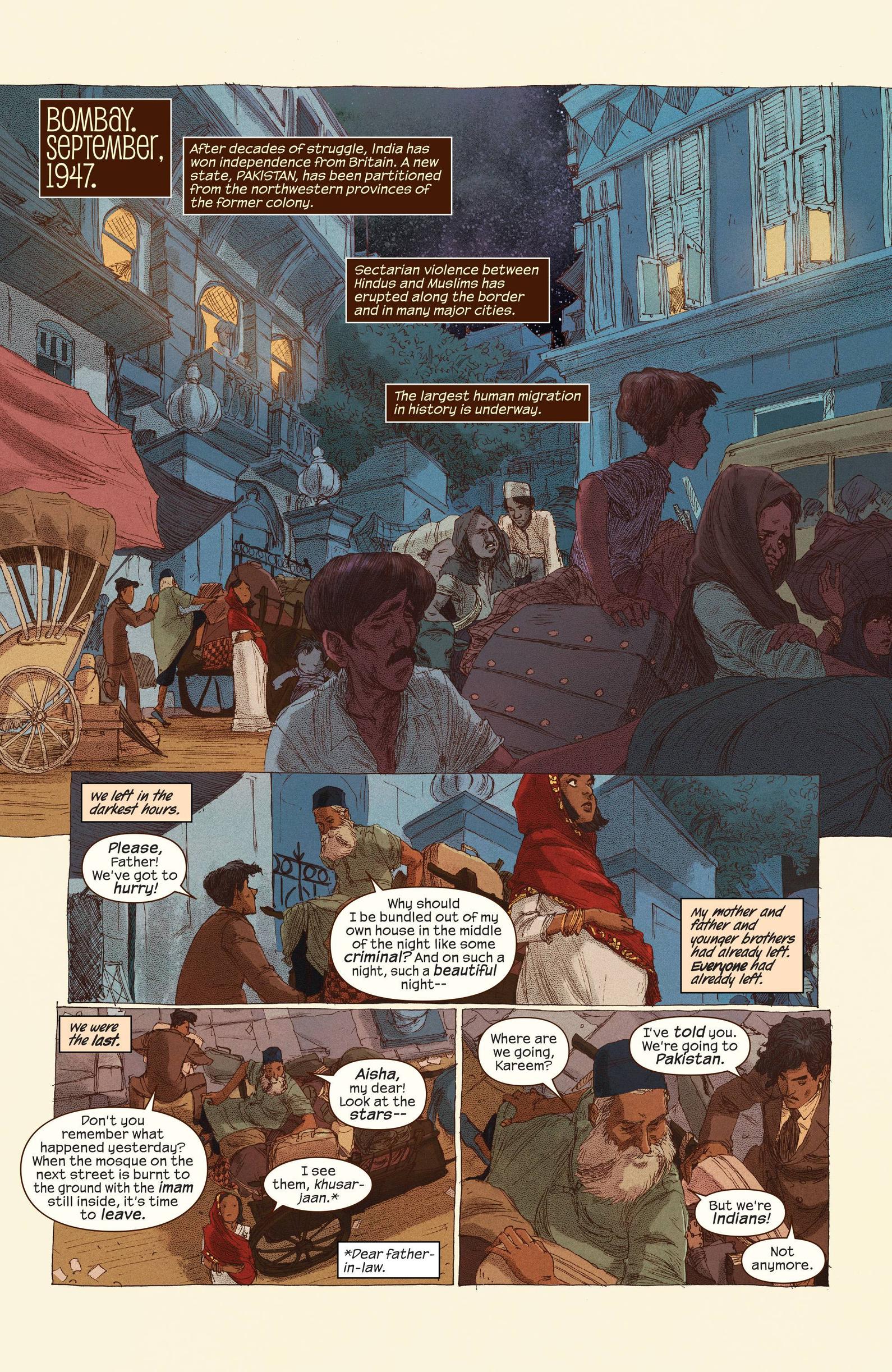 The comic will check all your emotional boxes, from the creeping apprehensiveness over the looming war, to the whimsy you feel over the utterly relatable interjections of faith within the conversation. 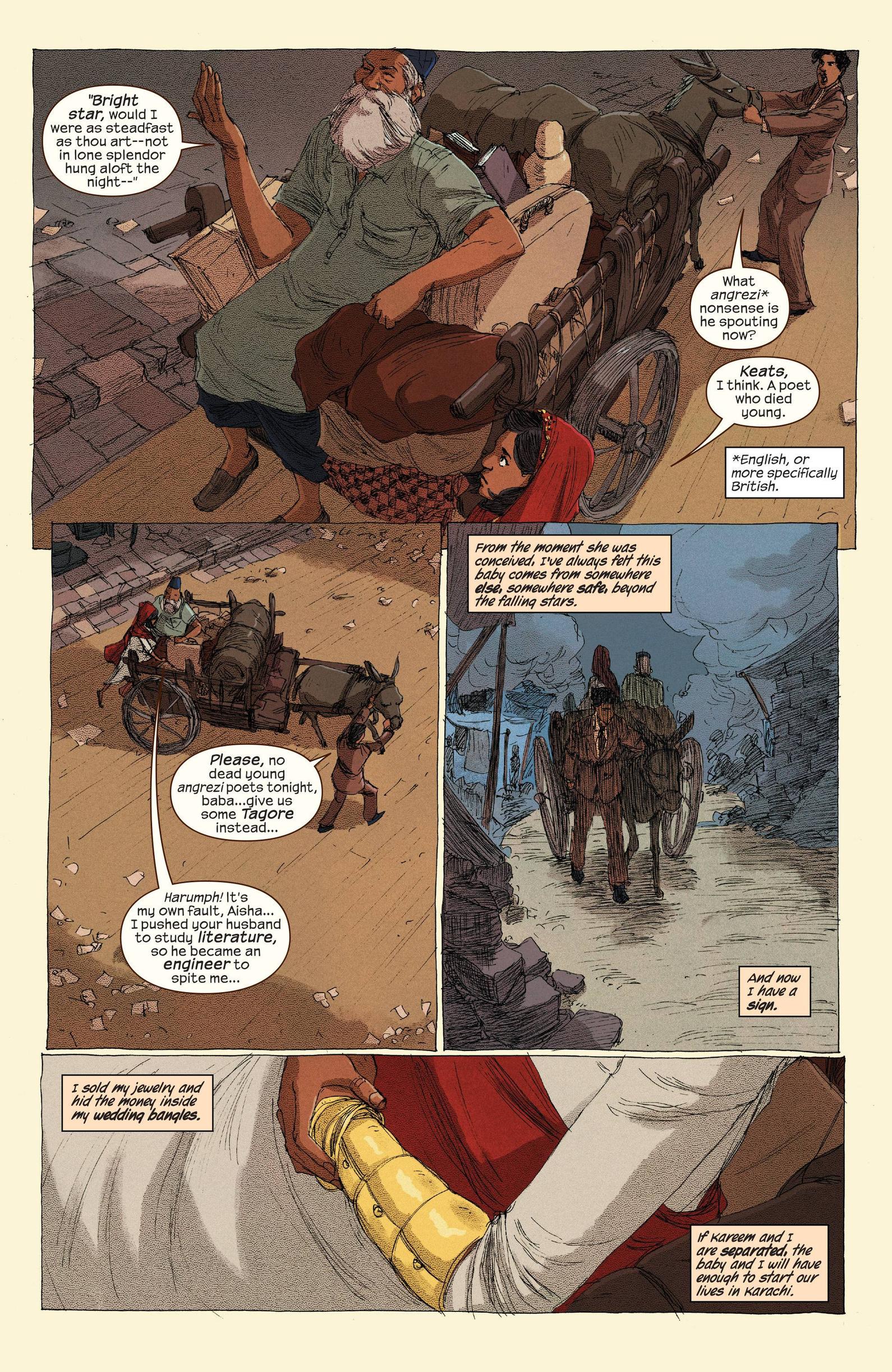 What’s so important about including this backstory, even if it is a little snippet, is not that goras are sitting somewhere writing about us, and that should give us validation. Nor that it’s being mentioned in a – very frankly speaking – hella cool comic, but that our story, our families’ stories are being shared. 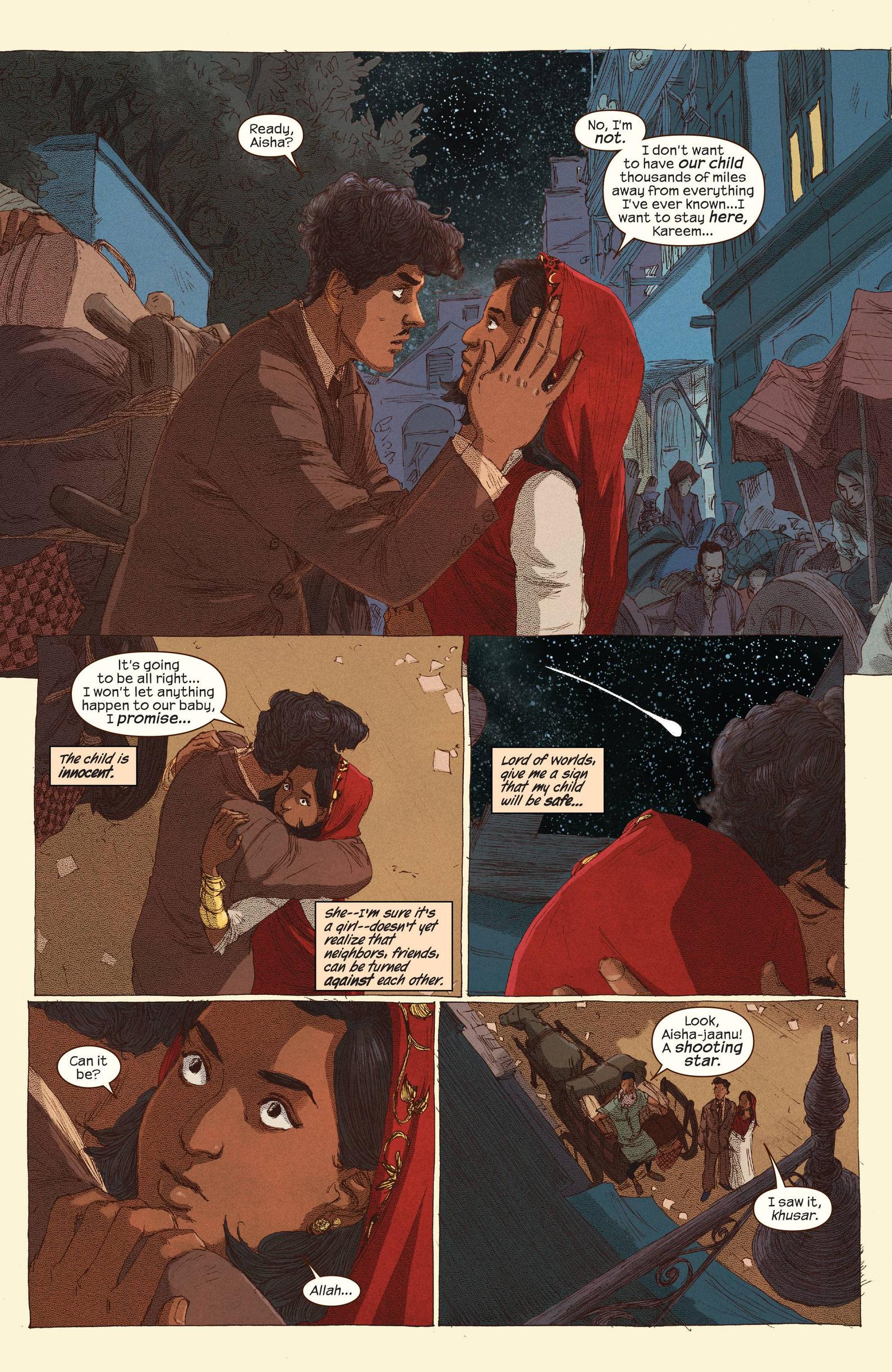 The struggle of our people, and the intensity of our current issues, the funny cultural quirks, are all being relayed through one of the most captivating and contemporary forms of art. 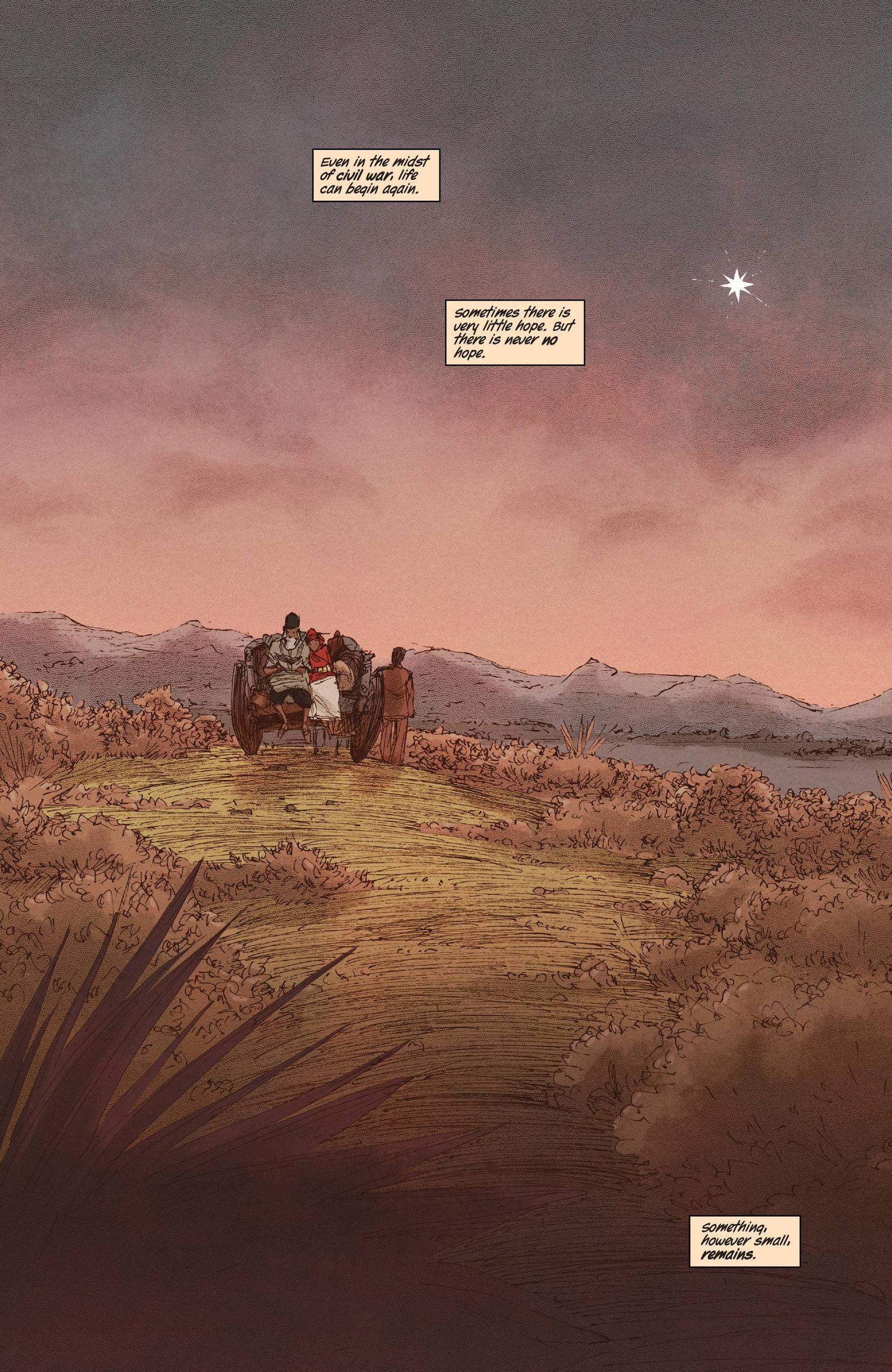 How often do we sit to listen to our grandparent’s war stories? How many of us even have that luxury?

The graphic novel gives people an insight – of not only the past, but also how it has led to the future – an incredibly relatable way, one that makes it almost mind-blowing as to how it happened. As to how all of it was real.

It acknowledges the pain, the strength and the reality behind Pakistan in an honest and interesting way, and for that, Marvel, you get mad props.

Americans Plan To Kill Muslims With Pig Blood Bullets So They Go To Hell
Major Threat Alert! 13 Suicide Bombers of TTP Have Entered Pakistan!
To Top