Pakistani society is very similar to a pandora box, you talk about one thing and a thousand other issues appear out of nowhere. When we talk about marriages in our society, we automatically jump into the minutest details, like the caste, creed, financial background, even the age!

Yes, ours is a patriarchal society where details and customs matter a lot. However, the question is, who is setting these customs? One of the biggest set standard of a marriage in Pakistan is that the girl should be at least 3-4 years younger than the guy because this particular age difference is enough for the woman to be provided with. 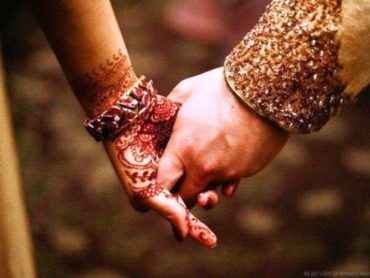 Not just this, according to a vast majority, the age difference where the girl should be younger is necessary because this way her husband can ‘mold’ her mentally according to his standards. If someone marries an older woman in Pakistan, the couple is automatically looked down upon, like they’ve committed a mistake, a taboo.

Is it necessary that Pakistani society needs to be reminded of the biggest example of marrying an older woman in the history of this world, let alone our religion? Our Prophet Muhammad (S.A.W) married an older woman, his first wife Hazrat Bibi Khadija (R.A), who was 15 years older than him and was married twice before. 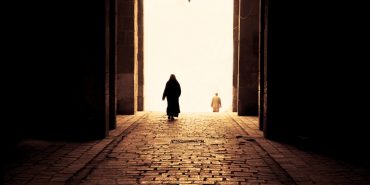 While we always stick to our guns, ready to play the religion card at every point, when it comes to marrying an older woman, we usually stay mum. It is pertinent to add here that Pakistan is one of the only few countries in the world where marrying an older woman is actually considered a taboo, along with India. In Africa,  if a woman becomes a widow, the brothers of the husband wholeheartedly marry her to prevent her from any sort of public humiliation. It is a similar case in Arab nations where the woman being older than men does not matter.

It is high time Pakistan grew out of this untalked taboo and accepted that our religion doesn’t denounce marrying older women. While we talk about how following the Prophet Muhammad (S.A.W), his deeds as-Sunnah, is very important, we somehow along the way forget many of the other things he did.

These Hilarious Newspaper Clippings Tell Us That Literally Anything Is Possible In Pakistan!
You Need To Try These Natural DIY Tips To Get Your Body Exfoliated, Smoother Lips And Shiny Hair!
To Top