On Saturday, the district adminis­tration directed and issued no­tices for marriage hall closure to owners. The notice instructs owners to close their premises for functions and gatherings.  Although this measure is taken to prevent the spread of Corona, it has instigated havoc in the locals.

Well, of course, it is stressful to know that you would have to plan your wedding all over again. Because in the current situation the first thing you need to get married has become unavailable to the families i.e. the venue. So they would have to either cancel or look for other options for the wedding venue. Hence, frustration and anger are balling up amongst the families of would-be brides and grooms.

The wedding halls’ owners and caterers also are anticipated to face a financial loss after the closure of the wedding halls. Because most of the marital events due to the corona outbreak have either been called off or postponed for an indefinite period and some are even relocated to homes.

The decision to close the marriage halls was taken in cooperation of National Security Committee and the Sindh government. According to the announcement, all public gatherings will remain closed for three weeks to prevent coronavirus outbreak. Anyhow, some families who were certain to stick with their actual marriage schedule have insisted on holding the marriage ceremonies at their homes. They also asked their caterers to supply the food for the ceremony to their homes.

On the contrary, many cancelled their booking with the caterers of wedding ceremonies via phone calls.

Rana Raees Ahmed, the president of All Karachi Marriage Halls and Banquet Association informed that the marriage hall owners have decided to refund all the advance payments to the people who made advance payments for marriages scheduled to be held until April 5.

On being asked about the financial distress that this ban would cost them, his reply was, “Health is wealth. The virus is damaging businesses across the world, what can we do about it.”

An owner of a wedding hall in Gulistan-e-Jauhar, Farhan, said he’s ready to refund the advance payments to all the families who have decided to relocate their wedding events to their homes.

“Refund and closure of halls for three weeks will cost us at least Rs0.4 million loss,” said Farhan. “What other option do we have?” The ban on public gatherings in other countries has gone to such an extent that even Muslims are being asked to pray at home instead of coming to the mosque.

He fears that in case the spread of the virus isn’t controlled, there will be an extension in the duration of the ban on public gathering and closure of wedding halls. And eventually, it will cause the hall owners deep financial trouble.

However, not all the owners are cooperatively refunding the payments. An owner of a marriage hall in Gulshan-e-Iqbal is reluctant to return the advance payments.

Anyhow, more than the owners, the daily wagers at wedding halls are going to be affected the most by this ban.

The marriage hall association president explained, “We have staff who are paid monthly and then we also have janitors who are paid on a daily basis.” But the association will try to keep paying the daily wagers.

He further elaborated that those families who wish to reschedule their wedding events would have to pay an additional amount for that. He explained the reason for the increased charges to be Ramadan.

“Ramadan will most likely be starting from April 25, and after Eid, our hall and banquet charges will increase,”

So, in the case of rescheduling to some day after Eid, the hall owners are likely to charge more money.

Families In Distress Whether To Relocate Or Reschedule

It isn’t easy to make the preps for wedding and with all the halls closed, the families are now going through another struggle. They are forced to choose between relocating the wedding events at their home or rescheduling them.

A would-be groom Mudasser was supposed to get married on March 22 in a banquet in Gulshan-e-Iqbal but had to postpone it because of the closure.

“I have no option but to postpone my event. It was a gathering of not less than 1000 people and I cannot gather them all at my home,” he explained.

The good thing is that the banquet owner is ready to refund the advance payment of Rs50,000 to Mudasser if he decides to cancel his event.

Many other families are facing a similar dilemma. Another girl Fatima says her cousin’s family is also considering what they should do.

“Even if we reschedule the event, we have to see what dates are available with the wedding hall owner. The cards have already been printed, it will be difficult to call every guest to inform about the change of date and venue.”

She further adds, “We will have to see if the beauty parlour is ready to give us new appointment.”

Caterers Will Deliver To The Relocated Venue

Nabil Tahir, one of the caterers in Nazimabad,  “In either case, we will have to deliver the food.” 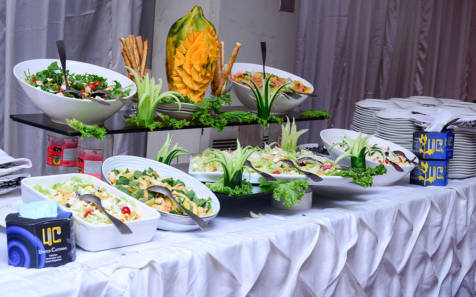 The order of the closure came on Saturday, so it was assumed that it will be effective from Monday. However, that was not the case.

“By the time we received cancellation order on Saturday noon, we had already started cooking food,”

According to Tahir, two days back officials from the deputy commissioner office visited their kitchen and had issued guidelines regarding the threat of coronavirus outbreak.

“We may end up getting orders of the kitchen shutdown,” said Tahir expressing fear. He further added, “If the ban continues, we may end up incurring huge financial losses.”

Iftikhar Shallwani, Karachi Commissioner, in alliance with other authorities also gave a nod to the ban on all the public gatherings which includes wedding events. 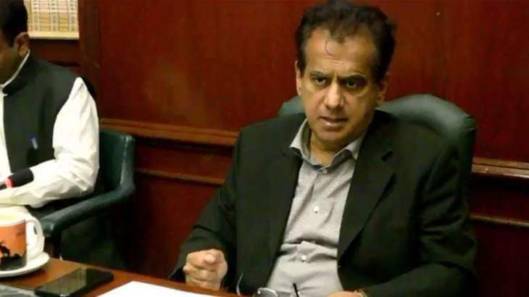 The order was issued under Section 2(17) of the General Clause Act-West Pakistan 1965.

“I hereby impose complete ban on holding public gatherings such as weddings, processions, jalsas, majlis, Urs anniversaries, Ijtimaas, sports events, etc, and all other NOCs/permissions accorded by this office or by deputy commissioner officers of Karachi division in this regard hereby stand cancelled forthwith,” reads the order.

The order not just imposes a ban on wedding events but all sorts and kinds of gatherings till April 5.

Sindh Government Denies Rumours Of Provincial Lockdown
Zeera Plus Celebrates The Love Of ‘Chai and Zeera Biscuits’ At Lucky One Mall!
To Top