Pakistan and Afghanistan have twisted political relations and the current match caught more fuel. The match between the two countries at the ICC Cricket World Cup 2019 had everyone biting their nails because of the close win. It is for sure that Pakistan needs to gear up in order to make a name for itself in the cricket world again.  However, Shoaib Akhtar’s video on Youtube had everyone turning heads with the simple yet cunning points he made! Akhtar seemed ready to show the team’s true colors.

It Really Is Afghanistan VS Pakistan After Shoaib Akhtar’s Video:

Coming back to the negative relations, Shoaib Akhtar published a video on Friday that got quite some attention. Within the entire thing, he subtly roasts Afghanistan’s team and tells Afghan players to be ready for the showdown. But not only Afghans but some Pakistanis take many of the things said seriously because they believe there needs to be a time to mention such comments. 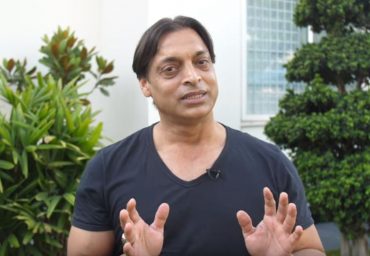 Regardless, at the very start of Akhtar’s video, he points fingers towards India by mentioning how India ‘invests’ in Afghanistan a lot. Even though many of his statements are in Urdu, according to translations he said, “Hindustan has invested in them a lot yet they couldn’t inject a sense of maturity in them” Well, burn indeed. Is this an impressive take at the funding India does in Afghanistan? Probably.

Then, he begins with his controversial talk. Akhtar starts with, “I will be saying something quite controversial but you’ll have to bear with me” clearly telling the audience to brace themselves for his opinions. He starts by addressing the fake ID’s Afghan players possess, “If you take out Afghanistan’s ID cards then they’ll all be from Peshawar” to further add, “And, this team can be banned as well”

This is just the first jab! Regarding the match, he clearly states that there will be zero chances for maintaining a friendship. Pakistan will go on with the match with a serious head start. “But there will be no love in between us because tomorrow we need to win two points,” said Akhtar. 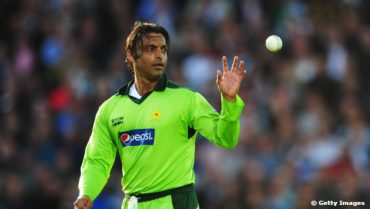 It was difficult for him to remain at peace when the Afghan CEO said that Pakistan learned cricket from Afghanistan! It is clear that many of the Afghan cricket players live in Pakistan as refugees and learn cricket ON the street of Pakistan. Obviously, such a claim seems absurd and Akhtar rightfully puts the CEO in his place, “Their CEO said that Pakistan should learn cricket from us but we will show Afghanistan as well as the CEO how to play cricket tomorrow”

The negative comments from Afghanistan really took him out. He silently yet strictly mentions Afghanistan to stay in its place, he said, “get your house out of us and then talk about our country” he further adds, “The country that is helping you for thirty to forty years along with the children, women, and migrants”

“So please keep in consideration what Pakistan has done for Afghanistan,” Akhtar advises. In addition, he calmly reminds people of the match and states, “we will crush you tomorrow; very simply, we are going to crush you tomorrow” This made everyone curious over the outcome of the Afghanistan VS Pakistan match.

Was it okay to spark such a controversy before the match? Or does Shoaib Akhar’s video does Pakistan justice? Share your thoughts!

The Syrian Toddler Washed Ashore Alan Kurdi’s Family Protests Against The Movie Based On The Child
Pakistani Fans Have Won The World’s Respect By Cleaning Stadium Stands After The New Zealand Match!
To Top