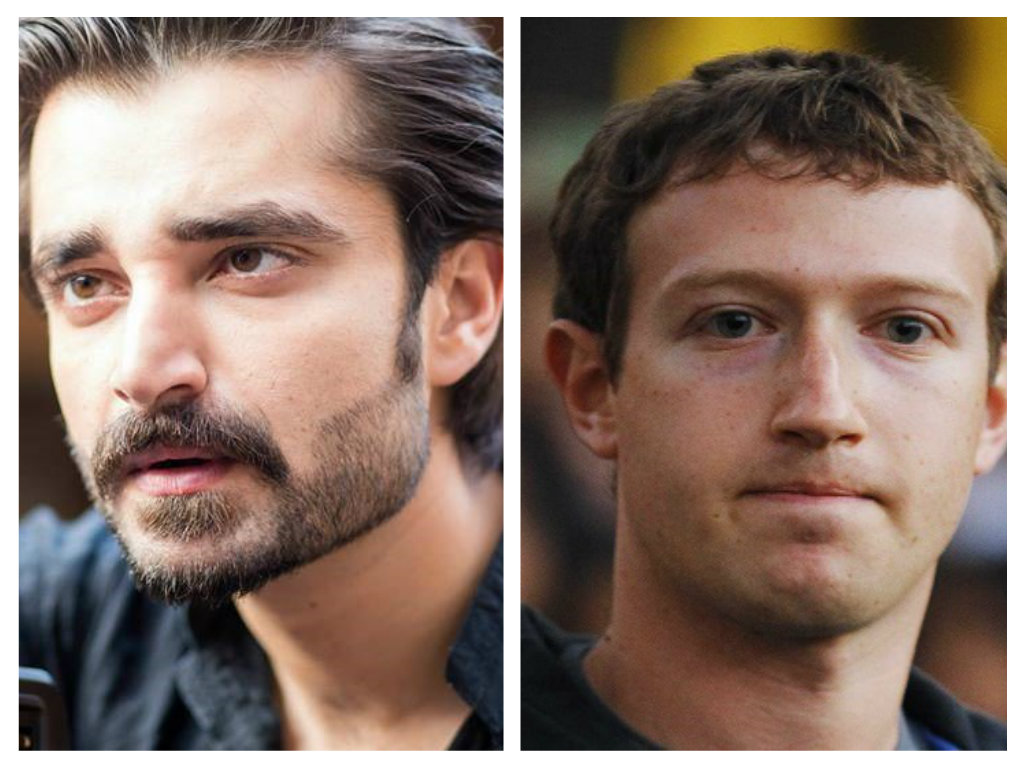 The removal of Hamza Ali Abbasi’s post by Facebook authorities created a massive uproar over the social media.  Everyone questioned the community standards of Facebook on the basis of which the post was deleted.

One of the Facebook profiles, ‘Angelic Munni’ inquired what Mark Zuckerberg has to say about Facebook deleting the post of Hamza Ali Abbasi, to which Mark Zuckerberg replied “I don’t think this should have been blocked. Our team might have made a mistake. Justin, can you look into this?” 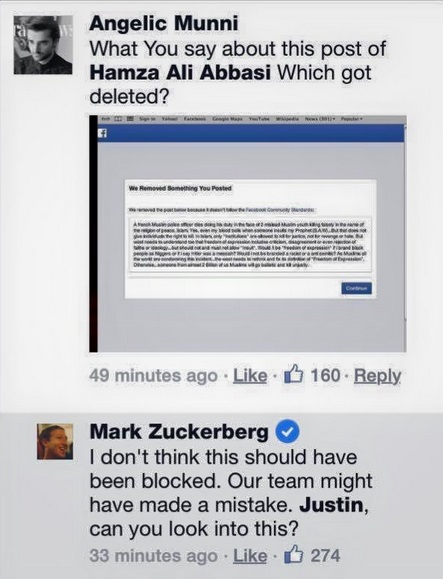 In the reply, Mark Zuckerberg tagged the ‘Vice President of Global Operations and Media Partnership’ for Facebook, Justin Osofsky. Mark Zuckerberg’s comment has received over 950 ‘likes’. 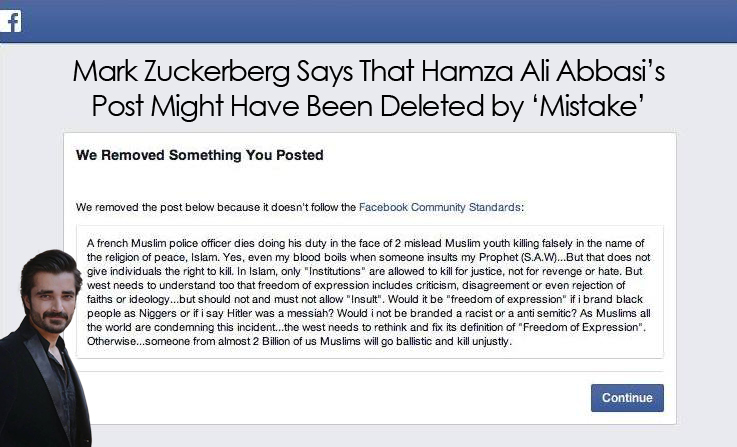 On Sunday, Hamza Ali Abbasi, the famous Pakistani actor and director informed that Facebook officials deactivated his account and deleted his post/status in which he condemned the Paris Attack/ Charlie Hebdo killings and talked about ‘Freedom of Speech’.