Family Mistakes Marijuana For Methi - Hospitalized After Eating Its Sabzi

In today’s world, we come across several pieces of news that make us flabergasted. Have you ever tried cannabis or marijuana? Most people smoke marijuana leaves but a family in India cooked them and ate it. Consequently, the family was shifted to the hospital.

The story begins in Kannauj, Uttar Pradesh (UP), India. As per reports, a family mistakenly cooked marijuana leaves considering it as fenugreek (Methi). On Saturday, the case took place in Miyaganj village.

Naval Kishore, a vegetable vendor gave dried cannabis in packed claiming that it was fenugreek (Methi). The vendor sold the packet to a guy named Nitesh.

The family of Nitesh was completely unaware of the fact that it was actually cannabis. The sister-in-law of Nitesh cooked the leaves after Nitesh told her to cook methi ki sabzi.

The family Nitesh is of six members. The whole family ate ‘marijuana sabzi’ ate around 5 pm. Thereafter, the health of all the members started worsening.

After eating the cannabis sabzi the family felt dizziness and some of them fainted. Consequently, the neighbors observed the situation and called the police. Thereafter, they shifted the family to the hospital. 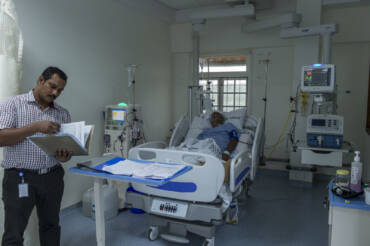 After interrogating, the police found cook marijuana sabzi in the kitchen and cannabis leaves in a packet, which the police detained. Moreover, the police interrogated the vegetable vendor Naval Kishore. The vendor said he was joking and provided the leaves to the family in jest.

Reports claim the family is undergoing treatment in the hospital and is out of danger now. Furthermore, the police are lodging a formal complaint against the vendor.

In conclusion, the story gives a remarkable lesson of life that do not trust anybody. Besides, the use of marijuana is also rampant in Pakistan; hence one should always probe whatever you eating.

Do you need a recipe to make ganja sabzi?

Also Read: The Unnoticed Side-Effects Of The Ever-Rising Hashish Culture In Pakistan