The culture of weddings in our society is extremely twisted. Instead of looking at the decency of the other person, we narrow the selection of the spouse on the basis of their looks, bank balance and area of house. Often we hear stories of how extremely talented and loving prospects were ‘rejected’ based on their looks.

What hurts even more is how the society bad mouths a couple instead of wishing them well. You will hear people whispering during weddings on how a groom is better looking the bride or vice versa. What society doesn’t account for are additional aspects, including how compatible the couple may be and whether they will keep each other happy or not.

All of this can be seen in the recent wedding of famous Pakistani journalist Maria Memon. 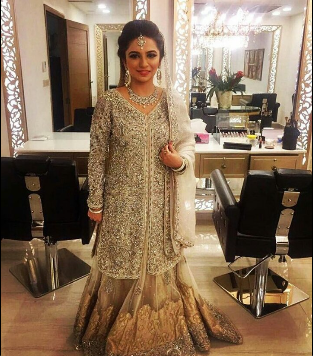 Seemingly, the couple kept their wedding low-profile. Addition to this, the two look extremely comfortable and happy with each other as well.

The news floated on social when Maria and Umar’s mutual friend Fawad Hussain announced the union:

Instead of wishing the couple well, majority of the social media users started commenting on the couple, showing inch by inch the mentality of our society.

And Then There Were People Who Spoke Well In This Matter

Why is it necessary to mention that Maria Memon’s husband is a CSS topper? Because she’s prettier? Because he’s not a celebrity?

What is wrong with you all? To me @Maria_Memon and Husband are a vry good couple, her man looks fairly handsome! Congratulations to thm both

Congratulations @Maria_Memon looking stunning in Hina Butt. May you have a happy and successful life ahead! pic.twitter.com/M0NH5lxEnI

Maria memon and her husband look positively radiant and happy. Haters gonna hate. Best of luck to the happy couple

We wish Maria and her husband all the best for the future. Beautiful couple, MashaAllah!

You Need To Know About These 5 Pakistani Women Entrepreneurs Who Are Killing It!
This Daughter’s Tribute To Her Father Who Passed Away Due To Cancer Will Leave You In Tears
To Top