Last week, famed Pakistani fashion designer Maria B and her husband Tahir Saeed were caught in the social spotlight for all the wrong reasons. As per the details, the couple had sent their coronavirus positive cook back home, risking other’s lives and without even informing the authorities concerned.

She also shared a video on social media where she made an appeal to Prime Minister Imran Khan regarding how Lahore police raided her house and treated her husband like a criminal.

However, the case has taken a new turn and it is now being reported the Maria B’s cook has tested negative for coronavirus now.

According to some media reports, the 30-year-old cook was being treated at a local hospital in Vehari. However, after conducting several necessary blood tests, the doctors have cleared him. 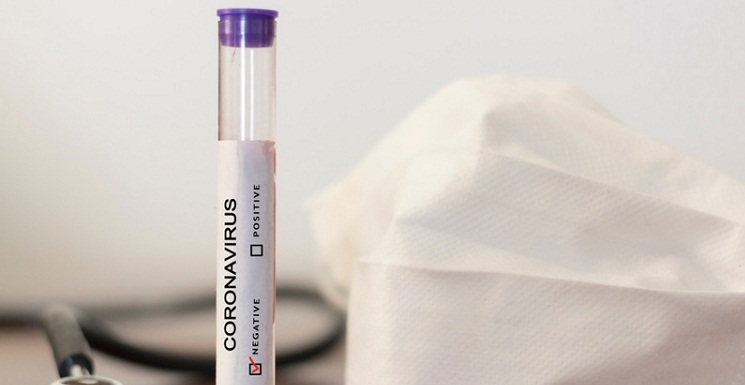 Dr. Faazil, a medical superintendent at the Vehari District Headquarter Hospital told the media that the cook of the Lahore-based designer was admitted at the hospital last week as a coronavirus patient. It is important to mention here that his initial tests were taken at a private lab in Lahore who had declared the cook was infected with COVID-19.

However, upon finding the 30-year-old asymptomatic, the Vehari hospital also sent his blood samples to the Institute of Public Health in Lahore for retesting. The final reports, released on March 26, reportedly have declared Maria B’s cook coronavirus negative. According to Dr. Faazil, the cook will be discharged within a day once the doctors see his final reports.

The designer and her husband received a lot of backlash on social media last week for their negligence when the news broke out. The Punjab police even held Maria B’s husband in custody for helping the cook flee. However, he was released after a few hours behind the bars. The couple even made another video and to clear their stance but failed miserably.

Absolutely disgusted by the behaviour of authorities and media who in this time of crisis are creating chaos and making false accusations. These 2 are good ppl who have been wronged. Maria B. and her husband Tahir Saeed have clarified the allegations of irresponsibly sending their cook to his village after testing positive for COVID-19. Reacting to the news circulating about her husband being tested positive she presented the laboratory report clearly mentioning that Tahir Saeed tested negative.Explaining details, Maria B. stated in a video message that they got their cook tested as responsible citizens when he complained of mild symptoms after returning from his hometown; Vehari. If they had not bothered, he would have went on infecting many people. After he tested positive, they insisted on keeping him in quarantine at their house which he refused. They allowed him to go back to his hometown on the condition that he would quarantine himself and not travel via public transport, paying him accordingly. She explained that they cooperated with all government departments which reached out to them for his details. They were assured that he had recovered by the MS – DHQ Vehari, who examined him. She said in spite of this, her husband was implicated in a police case without proper investigation and treated as a criminal.She said we would like to categorically state that we are patriotic citizens and believe in serving humanity and will continue to cooperate with anyone on the issue. We were in a state of shock as our own family's health and safety was at direct risk due to our staff who returned from his native town infected. This led to utter confusion and trauma which we cannot be explained in words.

There’s no doubt that the couple couldn’t handle the case of their cook when they found he contracted the disease, Actor Hamza Ali Abbasi supported the designer and said he was “disgusted by the behavior of authorities and media who in the time of crisis were creating chaos and making false accusations.”

”These two are good people who have been wronged,” said Abbasi.

On his official Facebook page, the actor wrote, ”These two are good people who have been wronged. Maria B. and her husband Tahir Saeed have clarified the allegations of irresponsibly sending their cook to his village after testing positive for COVID-19”. 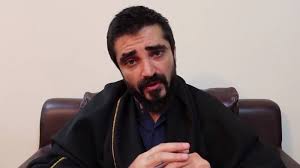 Hamza Ali Abbasi further added, ”Maria B, in the video message, said that they got their cook tested as responsible citizens when he complained of mild symptoms after returning from his hometown; Vehari. If they had not bothered, he would have gone and infected many people”.

Well, in the middle of the brouhaha, we are happy that at least the cook is not coronavirus positive.