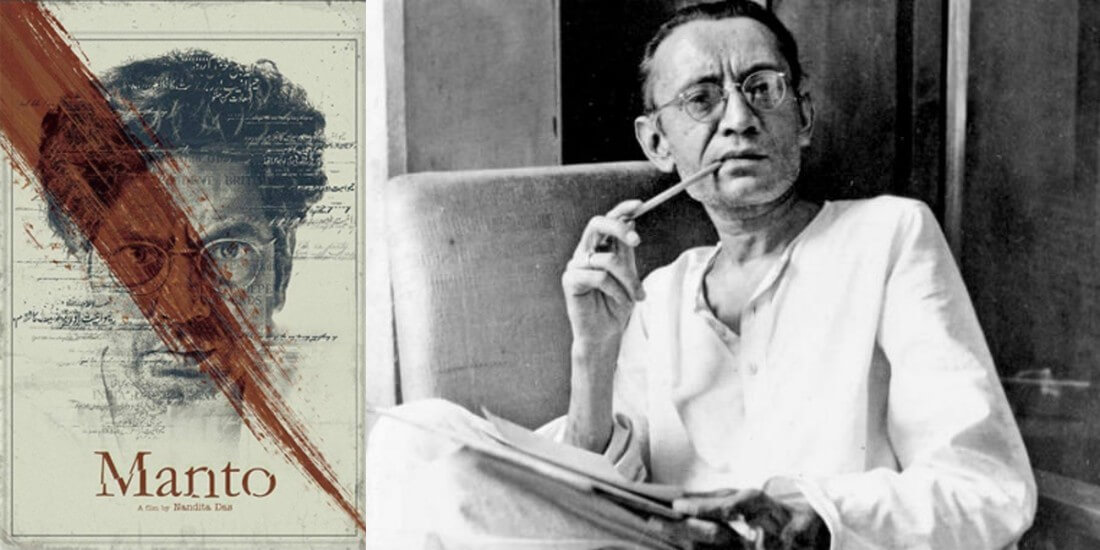 ‘You get Mexican mangoes and we get the real deal Sir’, said Ammara. ‘That’s the price you have to pay for leaving Pakistan’.

I was on our quarterly conference call with some of my former students in Pakistan who were ridiculing my incessant bemoaning of missing authentic Chaunsas in New York City. It’s not like we do not get them here, it’s just that even when we sometimes pay $3-$5 per mango, it still isn’t the same feeling. Ahmed, another one of my students also on the same call reiterated his offer to treat me to an unlimited supply of Chaunsas when I visit next. I ignored their taunts because I knew there is absolutely nothing I can say to mitigate this loss.

‘Did you see Manto’; I asked them. ’I love it, though It could’ve delved more into his personal life. I think Sarmad’s story was more about Manto’s conflicts than Nandita Das’. I was mumbling now, clearly, the mangoes hit me below the belt.

‘Sir you’ve been gone for too long, Manto ban hai yahaan’. Ahmed said. And in that moment of abysmal clarity, I felt being pulled back into the real world where Indians and Pakistanis remain divided by boundaries. Even though we perhaps share more than we differ in. I grew up hearing about stories of partition. My grandfather (Naana) was a staff reporter in the undivided Sindh Assembly. They called him ‘Luckhnovi sahib’ because he was a renowned poet as well, and used ‘Luckhnovi’ as his takhallus. One of his younger brothers (our chotay naano) had a mithai shop near Phool Bagh, Lucknow. Every third Friday, they’d have a mehfil at their house — an open invitation for all to come and join. Nana Abbu would recite some of his fresh couplets, and chotay nano would distribute mithai.

Read Also: This Badass Song From Film ‘Manto’ Is A Reality Check

The first time I heard this story was in 1998. Nana Abbu, then 86, was perched on a chair in the veranda, gazing aimlessly through his cataract-ridden eyes. He enjoyed telling the same story as if nothing else mattered. And some days, he would woefully narrate the time when they had to leave their homes and flee to Pakistan. His head would bow with the gritty details of the encounter with the mobs he, naani (grandmother) and my khaalaz (aunts) were fortunate enough to have dodged. Working with the government had its perks, they were driven to the closet, safest train out. However, he’d recollect: the yard where Asma (my Khala) used to play at the back of the court had blood gushing down the slope; he’d mumble. I always listened in morbid fascination and tried to imagine what it would’ve looked like. Towards the end of this dastaangoi session, he’d just repeat to himself: ‘Sub khatam ho gaya sub khatam hogaya … Everything ended Everything ended’

There is a scene in Nandita Das’s Manto which lends itself to that moment. Manto, played by Nawazuddin Siddiqui, is walking ruefully through the ruins of a burnt down neighborhood in Lahore. The year is 1948, and we witness the remnants of the destruction across both Hindu and Muslim neighborhoods. There is a moment when he sees the famous India Tea House — considered a waterhole for journalists, intellectuals, musicians, singers, and artists — being repainted as Pak Tea House.

Here, Nandita charms us in believing in the once-vaunted coexistence as he inquires about the whereabouts of a shoe shop. The Kachori wala replies: ‘woh tou abhi bhee hai — 9 bajay kay baad’. As Manto breathes a sigh of relief, the narrative unfolds and news of Mahatma Gandhi getting shot in India emerges. He continues to walk past the rubble, handing his kachooris to a couple of hungry kids sitting on a sack, clearly shocked by the destruction. All this is an intricately woven motif that sorrowfully echoes his disgust for the filth and admiration for the right. All so vividly naked for the viewers, it is almost not for the faint of the heart.

One would imagine after years of listening intently to these stories of trauma and massacre from Nana Abbu, I’d be immune to such scenes. But a human heart remains a mystery. I still struggle to grasp the enormity of what happened to our parents and grandparents — it is especially challenging whenever I come across movies, newsreels that venture in that direction. There are moments: intimate and filled with fear about identity and crisis. What does it mean to be a Muslim? Life deals a hand, and to a sword-carrying Sikh or Hindu, anyone carrying a Muslim name is fair game. The conversation between Manto and Shyam is a telling moment reminding Manto that he is ‘… enough of a Muslim to be killed’, despite his alcoholism. Conflicted as he is, he carries a Hindu and a Muslim topi as he traipses through the city on bent knees for his razor-sharp literary might.

You’re probably already familiar with Manto’s work, either through his writings or through the two films that labored to chronicle his work and junoon for the truth. Manto’s oeuvre and his reputation as the grand doyen of Urdu short story are undisputed. A man ahead of his time, and it seems like we’re still not able to accept the might of his literary prowess. It is unfortunate that Manto has been banned in Pakistan. Both governments in the past have cited reasons ranging from national interest to indecency and violence to ban each others content. Artists and actors have been shackled. And the press has been scapegoated, if not openly silenced and targeted.

I don’t care about any of this ballyhoo. Manto is not just a film to watch, it is an experience for almost 2 billion South Asians and their diaspora, for anyone who understands Urdu, and most certainly for those of us who identify with the subcontinent’s trauma and legacy. We must not be denied this opportunity to embrace our past. For, healing begins when we acknowledge its very existence. There is an online petition demanding the release of Manto in Pakistan. Both Nandita and Sarmad have spoken in favor of each others films. The world has changed exponentially in the past few years, and the direction we’re heading in, Manto is far more relevant today than ever.

There is a scene in the film where Manto says:

No Pakistani anywhere in the world, nay Urduphile, should be denied this elixir. Manto should be celebrated across the world for his audacity to imagine a better society. Even in death, Manto continues to tug at our conscience and our humanity — what more can we ask for posterity. Now it is up to us to not silence Manto, again.