We are having ICC Champions Trophy 2017 and the epic clash between arch rivals Pakistan and India have already taken place, in fact, it has been a week. If you thought the air is cleared, it’s done and dusted then you probably need to head to the Internet. I’m sure, the fire has not put out as we come across controversies after controversies, drama and weird stuff revolving around the entire epidemic of Pakistan-India and involving some of the popular names. Just one match has caused so much atrocity that you can simply grab popcorns and enjoy every bit of it. 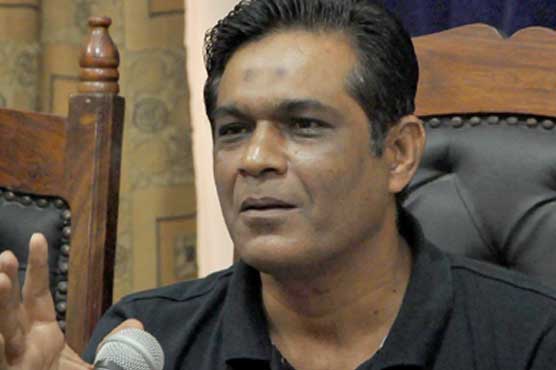 Fans in our noisy neighbors, celebrities, media outlets and what not, simply cannot stop bad mouthing Pakistan and our people. Even after their victory, they would not stop the obsession as new content continues to circulate. It all began when Virender Sehwag passed shambolic comments for Sri Lankan team and ironically got thrashed by them the next day. Rashid Latif from Pakistan nailed the opportunity and broke loose on Sehwag. Then, it followed an epidemic of reactions and comments by people on both lands. Now, a famous cricketer from India has spoken and every word he says will make you feel absolutely absurd. That Manoj Tiwary video has me scared, i hope the army men at border are extra vigilant tonight.

How does one expect @tiwarymanoj to Rashid Latif? When Rashid was playing performing for Pak, Manoj irrelevant Tiwary was in liquid form!

THE BEST OF ALL.

Dis video message is 4 an idiot called @tiwarymanoj (We have no idea who he is) cont… pic.twitter.com/bXLm29ZgY9

LMAO! CAN YOU STOP LAUGHING AT THIS?

AND THE MEME STORM HAS BEGUN

Rashid Latif has no idea who Manoj Tiwary is. Let that sink in…

Showed Rashid bhai the video. He doesn't even know who @tiwarymanoj is. He was irrelevant then (in liquid form) and irrelevant now! pic.twitter.com/ZgbTpw0IB2

So, Manoj Tiwary absolutely gives us a good laugh here with his stupid antics. God, I love the reactions by Pakistanis. They have absolutely summed up what everyone would probably be thinking about his video. I’m sure, Indians must be having a facepalm moment on it.