Life is truly unpredictable. You never know when you breathe your last. It hurts to learn when you see someone dear pass away just before your eyes, and that too, unexpectedly. May it be due to unknown illness or a simple accident, losing someone is always a heart-wrenching and gut-wrenching experience.

Kite flying is one of the most traditional sports played in Asia. Especially in countries like Pakistan and India. However, the most troubling aspect of this tradition is that it can be a little risky for one’s life. The kite string is or ‘Manja’ as called in the Punjabi language is made with cotton thread coated in a substance like powdered glass which can cut animal and human skin. This is also a reason why many countries have banned the sport completely. 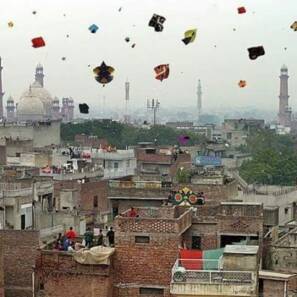 Yet many still are fond of the sport and tradition in Pakistan and fondly play it. However, the brusque kite string just acquired another victim. And this time it was a young innocent girl! That’s right. The poor innocent Hareem Fatima, was on her way with her father riding on a bike. Unknown to what was about to happen. As she rode happily on the bike, the kite string latched around her neck and the poor soul breathed her last.

Six-year-old Hareem Fatima was taken to a nearby hospital but it was too late. The incident has shaken all of Pakistan, seeing how the six-year-old is no longer with us. However, from this sad and heartwrenching incident, Chief Minister Punjab Usman Buzdar is up and taking action. He expressed his heartfelt grievances to Hareem’s family and has directed for a complete report of the incident. 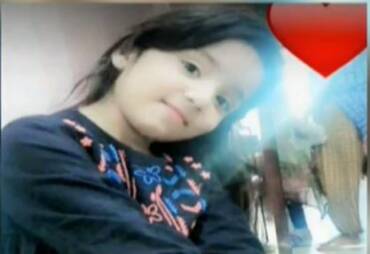 Moreover, he has also directed strict actions to be taken against the ones who are responsible for this heartbreaking incident to occur in the first place. More so, Chief Minister Usman Buzdar has also expressed unacceptance of any form of negligence. He says anyone found negligent in the compilation of the investigation will be equally held accountable without any discrimination.

Although, the forces and respective authorities are doing the best they can to find the ones responsible for this horrifying and untimely demise of this little angel who was unknown to the actual bright life ahead of hers.

As saddening is the story of poor Hareem Fatima, many people lose their life because of the cruel and vicious Manja string. Although kite flying is a colorful sport, all we can suggest is that one plays it a bit carefully. The reason why the tradition of Basant is banned is because of the different accidents and repercussions it comprises of. All we can hope for is that the best action is taken and kite flying doesn’t hurt or cause anyone any harm anymore.