Man From Balochistan Has Broken The Record For Fathering Most Children Pakistan has started off its first census in almost 20 years and the move is well appreciated by all pillars of the state and citizenry. The counting of people living in every house of the country to calculate the population, also known as Mardum Shumaari, has brought us something very interesting.

Previously, it was being believed that a man called Jan Muhammad Khilji was the record holder for the man with the most children in Pakistan. Khilji also hailed from Balochistan and had a count of 36 children to his name. However, the Census 2017 has made a major revelation. As reported by the BBC Urdu, this man from Balochistan has 54 children! 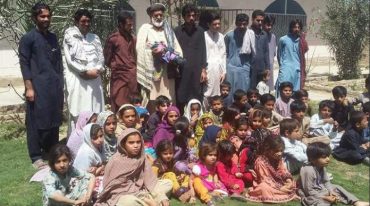 Meet the 70-year-old Haji Abdul Majeed Mengal who hails from Nushki district of Balochistan. Haji Mengal who works as a driver by profession has 54 children from his 12 wives. Out of the 54 children, Haji Mengal has sadly seen 12 of his children die, along with 2 of the 12 wives.

Haji Mengal hails from a poverty stricken part of Balochistan, which is rich with mineral resources. Among Haji’s offsprings, there are 22 boys and 20 girls. Although there are no reports for how Haji sahab caters for his 42 children financially, working as a driver, it can be assumed that Allah has blessed him with enough, because that smile belongs to a very content man who is proud of whatever he has! 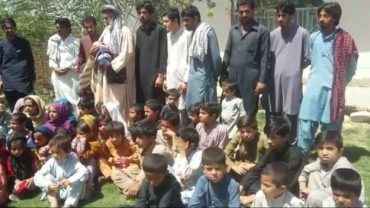 After discovering Haji Mengal, the Census 2017 has claimed its first victory in finding out the hidden. Let’s see if someone else from Pakistan can break this record and claim triumph on Haji Mengal. Until then, let’s just hope the process pans out peacefully and we finally found out the clear figures of our country.

Read Also: 8 Reasons Why Pakistan Is Going Through An “Overpopulation” Crisis