On Monday, the internet was filled with this filthy video of a molvi, who was in someone’s house to teach their children Quran. But what he did that day was utterly shocking. He went straight there and set up his phone camera opposite to where he sits and then asked the little girl of age 10-11 to come to him and grabbed her by her hand. Later, he made the little girl sit on his lap and touched her inappropriately.

He did all this while the video was being recorded! 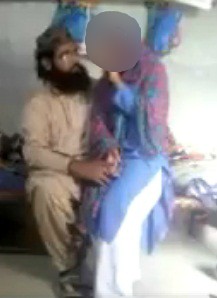 The girl resisted enough and tried to escape but he didn’t let go of her and kept his hold. He did everything that he could possibly do in the presence of people outside the room. Nonetheless, the video someone reached the internet and was viral in minutes. People made sure that it reaches the right people and the person in question gets arrested.

That’s what the police of Toba Tek Singh did! He got arrested and is now behind the bar 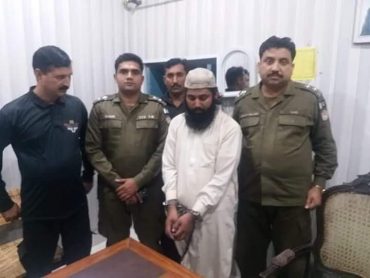 The worst part came later when he was interrogated, he said that it was the girl who proved him. “Her action where not appropriate” which lead him to do this! After his this statement he pretty sure did not sound a human of sane mind. When he was asked about why he recorded the video he said it wasn’t for blackmailing the girl but for the sake of fun.

These cases make every Pakistani ask the one question; why are such people not afraid of doing these acts?

Where is Imran the murderer of Zainab? Why is he not being punished? What is taking so long to do it? These are the questions and the answers why men like this molvi have the audacity to such heinous thing with kids.