Man From Gujranwala Sells His Wife After Just One Day of Their Marriage For Rs. 3 Lacs

Human beings have become far more inhumane as time passes by.  As if hearing about manslaughter, honor-killings, and rape wasn’t enough, society and patriarchal views in Pakistan tend to take a turn for the worst. The pressure of unwritten laws and unnecessary consequences make the lives of women far more difficult in Pakistan; especially the rural areas which are governed by landlords and waderas.

Similarly, an embarrassing incident took place in Gujranwala Punjab. A young bride was being sold off by her very own husband. Not only is the idea of the situation bizarre and hurtful. But it also brings into mind the horror and distressing aspects of how greed can make one forget all kinds of humanity. 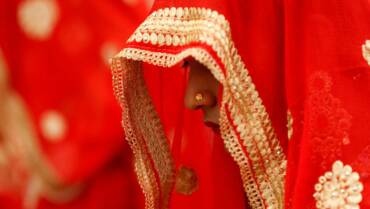 The accused man, Usman was lured by money, with a reward of Rs. 300,000/- in return of his wife to which he agreed. Luckily, though the girl managed to somehow escape from the vicious clutches of her assailants and return home after three weeks.

The investigations are in the pipeline. However, Gujranwala police state that Usman deliberately took his wife to Lahore under the pretext of visiting. However, on arrival, he simply handed his bride over to the buyers.

The poor girl remained under the monstrous and vicious clutches of her buyers. Thankfully, Allah is all Merciful, she found an opportunity and fled from the homes back to Gujranwala. Upon reaching her home, she managed to tell the police that her husband sold her for Rs. 300,000/-. 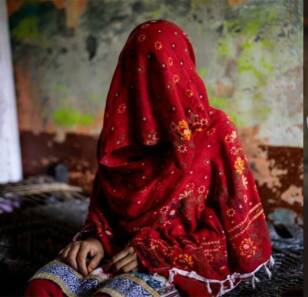 In addition to that, the Police DSP is saying that the case will be registered post medical checkup of the girl and on the victim’s request herself. Surely, the police promises to do all they can to bring the accused man, Usman to justice.

When will this cruelty end?

The thought of going through such trauma and heartbreak is both terrifying and heartbreaking. Luckily this victim was lucky enough to see the dawn of day once more. It saddens us to see how anyone could trample and lose their life over money. It also makes us realize that why such incidences of bride selling have become so common. And most importantly when will they end?

Have we been deprived of all humanity, that life in its very own fragment means nothing to us? Or are we so deprived of humanity that we don’t care the brutalities others face, we are not related to them?

All in all, we hope and pray that this poor, naive victim gets the justice that she truly deserves and that, the alleged accused person also is punished for his wrongdoing, so that no other man opts for the same wrongdoing.