A Rogue Husband Killed His Wife And 9 Other In-Laws After Suspecting Her For Cheating On Him!

What drives a man to take such extreme measures over things as small as family disputes and suspicions over one’s spouse cheating on them? A civilized honest conversation from both parties won’t necessarily solve the issue but at least it will not add fuel to the fire. Even if the details are not known, one can assume ego does have a part in this. Was the resolve of the accused man so weak that it drove him to take such horrific actions taking several lives? 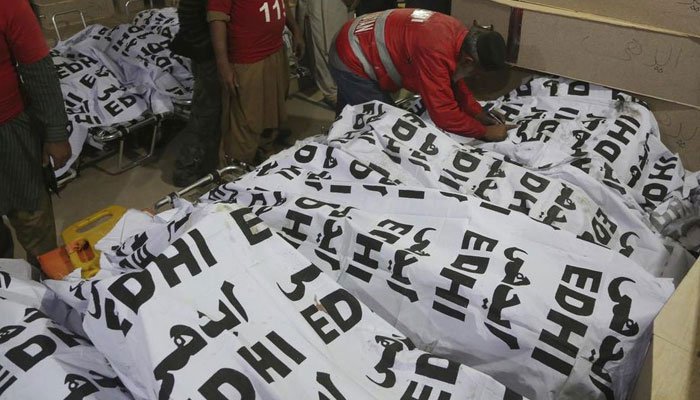 The Express news reported an extremely unfortunate incident where a man killed his wife and her family members out of suspicions of her having an affair outside marriage. This event occurred in Multan Punjab, where the man along with his father orchestrated the mass murder. Not much has been shared yet, as the details are yet to be revealed. However, according to the pieces of information currently at hand suggest that the alleged murderer, the husband, Ajmal, came back from Saudi Arabia a few days ago and started suspecting his wife to be involved with another man.

Ajmal reportedly got into a heated argument with his father-in-law and conspired against the entire family with his companions. With the assistance of a man named Rashid, locked his wife, her mother and other family members in a room. They then set the entire house on fire taking lives of at least 10 people.

Some sources suggest that the wife, mother, and others were shot at and then the house was set ablaze. Nonetheless, ten lives (in some places nine) have been taken. IG Punjab Captain (R) Arif Nawaz Khan took immediate notice of the incident and directed CPO Multan to reach the place of the event and arrest the accused immediately.

While talking to media, CPO Multan notified deaths of three women among the 10 that died. Reports suggest that some of the family members died due to severe burns after they were shot. Three people have survived but are in a critical situation.

Also Read: Nazia’s Inhuman Husband From Lahore Threw Acid On Her And She Forgave Him Right Before Dying!

The investigation is underway and more details are yet to be unearthed. Have something to say? Comment in the section below!