A man killed wife, their two children, and her family members by shooting them and then set the house on fire burning the bodies of the victims. It is reported that the incident is an honor killing. This is bringing the country back again to the dungeon days where honor killings in Pakistan were rampant. 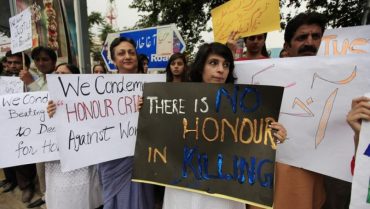 According to a District Police Officer Imran Mehmood, the perpetrator Muhammad Ajmal was suspecting his wife Kiran of having an affair and cheating on him. He then dragged the entire family into the mess and just burned them alive. This is not a rare case as women are beaten or murdered for many such accusations. Honor killing hunts women for growing away from the stereotypical way a woman should conduct. Many rural areas are still murdering women for wearing ‘revealing’ clothes; a harmless action that people should not be killed over.

Mehmood mentions that Ajmal does not regret the murders at all, “This is clearly an honor killing. He saw a picture of his wife with another man and believed she was having an affair,” to further add, “He does not repent his actions.”

Additionally, Ajmal’s father is also in custody as he is involved in the killing as well. The brother is still on the loose and the police think he is guilty as well.

Ali Raza, Kiran’s brother, talks about his sister having problems with her husband. They seemed on bad terms. “I am left with just my father, my whole family is gone,” Raza added.

Patriarchy In Pakistan – An On-going Horror:

This is just a glimpse of the patriarchal ways Pakistan operates. Men in the family dominate every aspect of the house. Children and women are vulnerable to their surroundings in a strict household. Moreover, it will be insanity to defy the ‘head of the house’. It is no secret that people cheat and even if she did commit to another man, is death really justified? A country where men can openly stare every corner of a woman crossing the street and that is not condemned. Yet, the murder of a wife for an affair is justified. Murder will always be extreme in every case; and female victims are the result of the patriarchy in Pakistan. 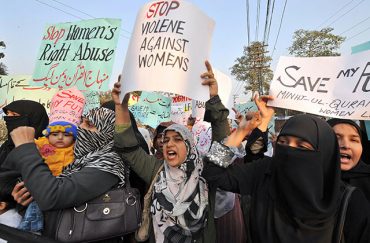 Even though there are multiple laws against honor killings, the act is still quite common. Especially as many of such incidents go barely reported, who knows how many women are buried for zero crimes. Many times the men in families kill women because they don’t want them to remarry or there are property feuds. Regardless, whatever the true reason might be, this is still a hideous act that controls Pakistani women and their ability to make decisions for themselves.

The narrative behind such acts is still backed by misogynistic views that believe men can have complete power over a woman. About 1000 women are killed in the name of honor every year in Pakistan. The ideology of sticking the label of honor on the heads of women is a disgrace. Considering the same acts committed by a man would not result in his murder. A woman bears the honor while is not respected for it.

What do you think of the situation? Will the honor killing in Pakistan ever see an end? Share your thoughts!

Careem Named Best Ride Hailing Service In Pakistan At Pak Digi Awards 2019 And This Is Brilliant!
Rana Sanaullah Has Been Arrested For Carrying 15-20Kgs Of ‘Heroin’ In His Car And This Is Extremely Embarrassing!
To Top