A Man In Lahore Kills A Blind Person Out Of Amusement & It's Devastating!

This article was originally submitted by Faiza Aslam

In the past month of November, a blind beggar in Lahore was murdered by the hands of a mechanics employee named, Umar. Nonetheless, Umar, who is originally from Bahawalpur, thought this would be a fun way to tease the beggar. This tells a lot about the people in our society.

The victim Mohammad Iqbal, aged 46, was blind. He was deceived into coming to the shop in hopes of getting some aid. At the shop, Umar and two more individuals filled his stomach with gas from the compressor; simply for the sake of a few laughs.

Due to the gas, his intestines busted with blood and he was admitted to the hospital.

He fought for his life for two whole days over there. Even though Umar has denied all claims of his act, the post mortem report states that there was indeed gas present in his stomach. 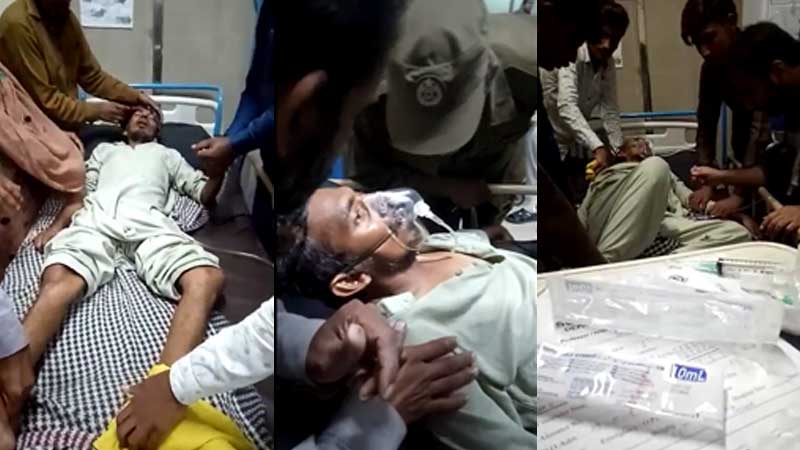 Humanity is dead; we have forgotten to treat those weaker than us with respect. It has now become normal to mistreat the weak, ill and poor. Clearly, our society lacks moral values; we have no respect for our fellow citizens. There is so much frustration present that people have started resorting to violence on a regular basis. Furthermore, mistreating the lower class is common in our homes; when it comes to maids but this incident is one of its kind.

Read Also: Another Video Of Lahore Traffic Police Messing With A Citizen Is Making Pakistanis Furious!

Faiza Aslam, who is an experienced psychologist, was called on ARY News to talk about this matter; why such behavior is produced. According to her, such behavioral issues stem from a traumatic childhood. Children who are not given proper attention in their growing ages and those who witness violence and torture in their own homes grow up to be people like Umar.

This is because for that child it is not a big issue. For that child, it might be something he was a victim of himself or it was something that was common in his family, neighborhood. Video games, social media and other forms of media; all have a major impact on the thoughts of the viewer or user.

All of this goes back to how a child is raised. Parents’ negligence causes such children to grow up into criminals. As parents, it is our job to make sure our children are not exposed to the violent behavior of any kind. It is our duty to constantly keep in check the content our kids are consuming on a regular basis, be it in whichever form.

As for people like Umar, it is important to seek therapy to get out of this vicious cycle. With proper rehab facilitation and sessions with a psychologist, people like him can learn to let go; of all this negativity within them and start life again with a new positive approach.

Pakistani Celebrities Welcome The New Year 2020 With A Bang!
To Get A Degree Or Not, In Order To Be Successful?
To Top